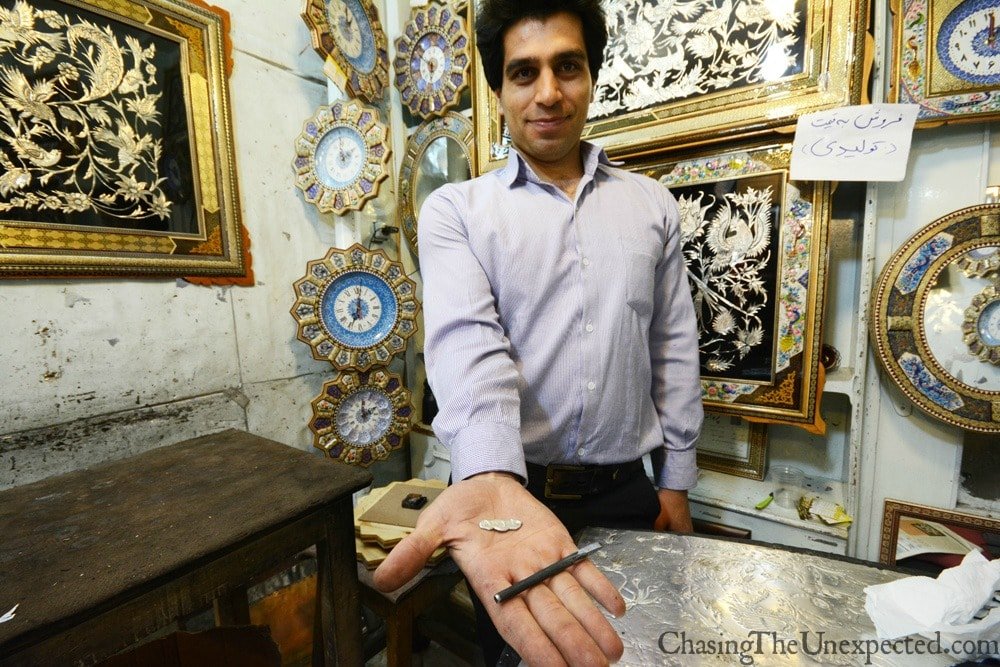 A few days ago I received a message from a reader of my Italian blog asking me where she could see the “real Iran”. I asked her what she meant by “real Iran” and her answer was, “the one far from the tourist shows”.

I gave her a pretty long answer, but I doubt I quenched her thirst for knowledge.

The truth is, Iran is hardly like any other country.

I totally get that the notion of touristy reminds of commercial, non-authentic, even fake, and often this is certainly true. Iran, however, stands a bit apart from this for more than one reason.

First of all, Iran has been isolated politically, diplomatically and tourism-wise for a long time, and Iranians, as proud as they are of their country and culture, just can’t wait to show foreign citizens the reasons of their pride.

Second, Iran is a relatively new tourist destination, and can hardly be compared, for example, to popular European cities (where residents are already growing *very* tired of rude and disrespectful tourists. If you haven’t yet, you can read about it here and here). Isn’t there any tourist trap in Iran? Of course, there are. Are the prices the same for Iranians and foreign tourists? Not really. If you are visiting Imam Square in Isfahan (I suggest you do it or you really miss something), the bazaar all around it is likely to sell goods to tourists for an inflated price. It’s still a place to visit, an important historical stop along the ancient silk trade route, but you would rather do your gift shopping elsewhere.

READ MORE: Are you planning a trip to Iran? Check out the great Iran tour deal we found for you.

Finally, and maybe most importantly, in Iran, just because a place is a tourist draw, it doesn’t mean it’s not the “real Iran”.

If you come to Italy, for example, I would never tell you to avoid Rome, because even though permanently tourist-packed, it is part of the real Italy. I would probably suggest avoiding certain areas if you want to enjoy a proper Roman meal, or some other places if you wish to go local rather than soaking in tourist crowds, but the city is a quintessential part of the country.

In Iran, this is even more entangled. When I say that Iranians are proud of their culture, I don’t only mean that they want to show it to foreigners, but that they still live by it.

If you are thinking, for example, of skipping the Tomb of Hafez in Shiraz because included in all the “top X things to do in Iran” listicles, think again. The poems of 14th-Century Hafez play an important role in Iranian way of life. They are recited during the Yalda night, the year’s longest, they are randomly opened by the lover who seeks solace, by the student who needs advice on his or her future, and the list could go on and on. If you skip the Tomb of Hafez because “too touristy” for your likings, you will also miss the crowds of Iranians gathered there almost as if on a pilgrimage reading his poems, praying, and paying him a heartfelt tribute.

If you think that visiting century-old mosques or BC-time Persepolis is not experiencing the real Iran, think again. There are “many Iran”, each province has its own history, culture, and ethnicities. From Shiraz, you will see the Persian Iran and visit the places where the Persian civilization was born, in Yazd, you will learn about the Zoroastrian faith in Iran, in Isfahan, you will have the best glimpse on the important Safavid era.

This is not to say that the other regions are to be dismissed. You won’t want to miss the greenery or Gilan Province, or the dryness of Khuzestan, to learn what the war really meant when Saddam Hussein decided to invade Iran.

Probably a small village looks more authentic than a big city, but they are all part of Iran. Tehran Grand Bazaar is considered more of a tourist attraction than the local market of Kermanshah, but it’s wandering the alleys of the capital’s market that you will see gathered together the richest sample of Iranian different ethnic groups, it’s these stalls, some of the more pivotal microcosms in the national economy, that played a crucial role during the 1979 Revolution.

Probably to see an empty Falak-ol-Aflak Castle in Khorramabad feels more authentic than a crowded Persepolis, but the latter can’t be dismissed just for the sake of pursuing a real Iran experience.

READ MORE: For more places to visit in Iran, check out our extensive guide

On a slightly related note, it’s not uncommon that I stumble on tourists itching for some “extreme” experience such as getting drunk in Iran because it’s forbidden. To be brutally blunt, you are not having any “real Iran” experience, but just breaking the law, which is not a behavior tourists should adopt.

But those cool underground parties with hijab-free women, electronic music, and rivers of wine are not an Iran thing? Of course, they take place, but just because they are hidden and underground, it doesn’t mean they represent the authentic Iranian life. They are one aspect of the Iranian life, and to be honest, a marginal and trivial one.

Just in case you are mistaking underground parties with genuine Iranian way of living, here are some tips:

» Drinking alcohol in Iran is not cool, it’s illegal. I suggest you don’t do it. If you can’t spend a week or two without a booze, don’t go to Iran.

» Using drugs in Iran is profoundly illegal. Again, I suggest you restrain yourself. If you can’t spend a week or two without smoking pot, don’t go to Iran.

» Strictly for women, taking off your headscarf in public and take a picture to share on social media to follow the bizarre online campaigns promoted by “My Stealthy Freedom” is not cool. Far from saving Iranian women, you are just breaking the law, not the ideal attitude in a foreign country and not what I feel like suggesting to do. Not in Iran, not anywhere else.

The best way to experience the authentic Iran is to relax and enjoy. It’s a laid-back country where foreigners are welcome and treated like royalties. Treasure this to learn more about the Iranian culture, to delve into the local society, and to deserve Iranians’ friendship.

READ MORE: For more things to know before traveling to Iran, check out our related post.

PIN ME FOR LATER?

Tea, revolution and lost love: top books on Iran you should read before traveling

Iran souvenirs: the ultimate guide to shopping in Iran

Women traveling in Iran: is it a good idea?

1 thought on “Where can I see the “real Iran”? Your questions answered”