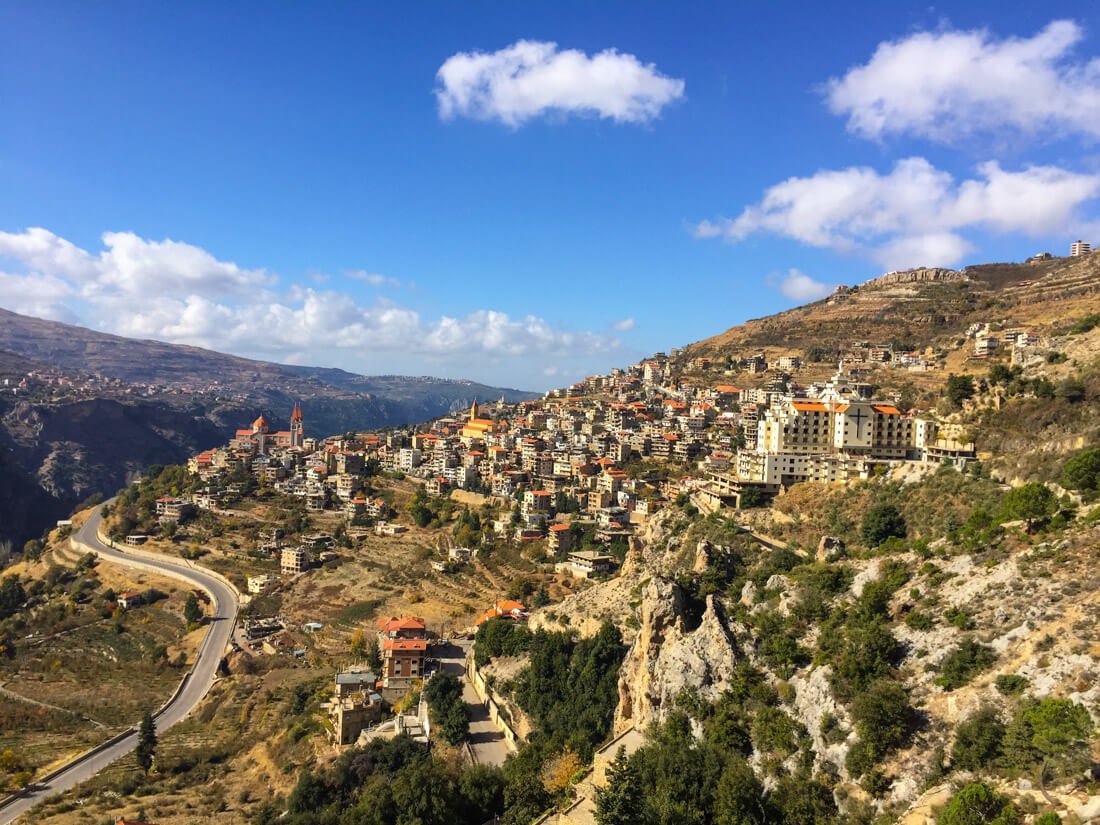 An absolutely enchanted corner of the Mediterranean, there are many reasons why you should travel to Lebanon. The food is legendary, its stormy past, too. There are countless things to do in Lebanon, many places to visit, people to meet and stories to tell. For now, keep reading for some inspiration on why visit Lebanon and what to do.

Top 10 reasons why you should travel to Lebanon

From the hipster cafés and underground clubs of Beirut to Palestinian and Syrian refugee camps, remote Christian monasteries, the most impressive Roman ruins, the best food and wine in the region, combined with our beloved Middle Eastern chaos and souks, Lebanon is an often misunderstood and underrated country which, despite its small size, is home to huge cultural diversity, adaptable to any kind of traveler and budget.

The combination of Islam and Christianity is fascinating

Lebanon is located in the heart of the Middle East but, believe it or not, over 40 per cent of its population belongs to different branches of Christianity, including Protestants, Armenian Apostolic, Greek Orthodox and Melkite Catholics, just to name a few. Today, both Muslims and Christians coexist together, in peace and this can be seen not only in the Lebanese daily life but also in the city’s architecture.

The most ancient history

Welcome to one of the cradles of our modern world. In Lebanon, an endless number of civilizations have left their footprint, to the extent that, today, we find here one of the oldest inhabited cities in the world, Byblos, the place where the first inscriptions containing the modern Western alphabet were found. One of the most fascinating reasons to travel to Lebanon.

The cosmopolitan and hipster life of Beirut

Endless hipster-like cafés where Western-looking Lebanese meet for coffee. Art galleries where artists from all over the world gather to chat over a glass of wine or beer. Crowds of young Arabs drinking in the middle of the street. Go to Gemmayzeh, the trendy neighborhood of Beirut and, for a moment, you will forget that you are in the heart of one of the most turbulent areas of the planet.

I’ve never met a single traveler who didn’t love Lebanese cuisine. A Mediterranean country which has influences from both the French colonial era and the Middle East, in Lebanon you can enjoy dishes from the traditional Middle Eastern hummus to a local steak tartare called kibbeh, endless vegetarian dishes containing grilled eggplant, and perfectly grilled meat, along with plenty of olive oil and a glass of the best wine in the region.

The legacy of war in Beirut

Lebanon suffered one of the bloodiest and longest Civil Wars in our modern history. It ended more than 25 years ago but most damaged buildings haven’t been restored yet. Apparently, most Lebanese don’t intend to rebuild them, as they believe that they give a retro, cool touch. Throughout the city, you’ll see plenty of bullet holes in facades, as well as buildings falling apart, a feature that has become a national landmark.

The most impressive Roman ruins

Due to its location, Lebanon was once of major strategic importance to the Roman Empire and today, several archaeological sites can be found across the country, including the ruins of Baalbek, one of the most important Roman sites outside of the city of Rome.

To empathize with the people in the refugee camps

Around sixty years ago, tens of thousands of Palestinians who were expelled from their land, came to Lebanon to seek refuge. They settled down in different camps which, today, have become mere neighborhoods located within the city itself. However, life in the camps is still pretty tough, due to both a very high unemployment rate and overpopulation resulting from the massive, new Syrian influx. Any type of foreign help is always more than welcome, even if it is just spending a few dollars in one of their local cafés. Visiting a refugee camp and giving a little help if one of the most important things to do in Lebanon.

Kilometers of sandy and liberal beaches

If you want to take a break from the culture and history of Lebanon, this country offers several kilometers of sandy beaches where even women can show off their bikinis, along with a cocktail, without disapproving attention from men. Lebanon has the most liberal beaches in the Middle East. The southern city of Tyre has the best beaches in the country.

Located in the north of Lebanon, the green, mountainous region of Kadisha Valley is home to some remote Christian monasteries, inhabited by monks who have renounced everything to devote themselves to spiritual work. Absolutely one of the fascinating places to visit in Lebanon.

The finest hikes in the Middle East

If you decide to travel to Lebanon, you should know that it isn’t only a Mediterranean country full of sandy beaches but it also has some of the most beautiful mountains in the entire Middle East. Mount Lebanon is the most remarkable mountain range, Qurnat as Sawda being the highest peak, at 3,088 meters above sea level.

Scents and souqs in Sidon, a sensory experience

3 thoughts on “10 reasons why you should travel to Lebanon”