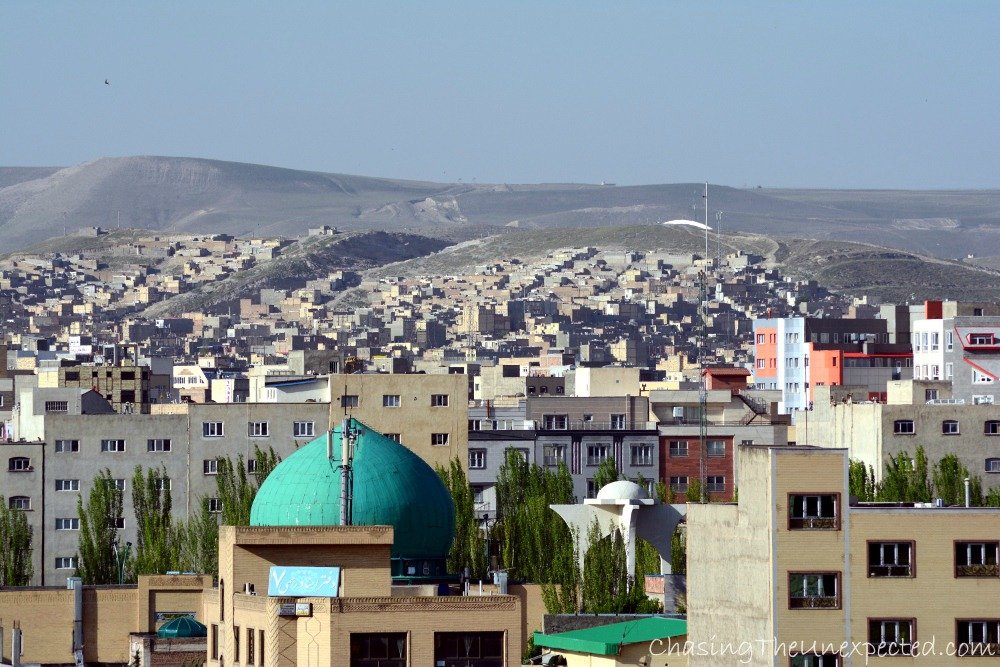 Known as the “city of firsts”, Tabriz is the capital of Iranian northern province of East Azerbaijan and hometown of many of the country’s pioneers. At about 1350 meters above sea level, Tabriz is usually cold in winter and cool-ish in summer, although when I went, just last May, the weather was already quite, and unexpectedly, hot.

Its moniker, City of Firsts, was not just given randomly, but it’s been wholly deserved after a stormy past and a glorious, revolutionary history. Severe weather conditions, harsh geographical features and, last but far from being least, proneness to seismic events may have as well influenced the residents’ personality, tough, proud and creative.

The land where the first constitutional revolution took place between 1905 and 1911, it’s thanks to obstreperous Tabriz and its two enlightened reformists, Sattar Khan and Bagher Khan, that a Parliament was established in Iran during the Qajar Dynasty, despite the ruling family’s obvious willingness in postponing the process. Albeit crucial, however, this wasn’t the only reason for such a monumental handle. Tabriz, in fact, is also home to the country’s oldest bazaar and one of the largest covered in the world, it was chosen as capital of Iran during the Safavid era, making it the first capital of Shia Islam, and it’s the place where many signs of modernity first appeared in Iran and from where spread out throughout the country.

Unfortunately, I spent only a bit less than two days in Tabriz, which is far too little for such an interesting city and its charming surroundings. Nevertheless, I managed to include it in my Iran guides. Below are five of the spots I would suggest no one travelling to the capital of East Azerbaijan should miss.

Things to do in Tabriz, northern Iran

Built in 1465, Tabriz’s beautiful Blue Mosque was heavily damaged in 1779 by an earthquake that took the lives of thousands. Even though not much remained visible from the original building, what’s left definitely reveals its old splendour. I have written more extensively about the mosque on a previous post about Tabriz Blue Mosque, if you have the time for only one single attraction in Tabriz, this is what I’d suggest, probably due to the mysterious atmosphere given by its tragic past.

A fascinating collection of artwork and daily tools, Tabriz’s Azerbaijan Museum was founded in 1958 and open in 1962 in Imam Khomeini Avenue, right near the Blue Mosque. The three-gallery exhibition displays shelves of elaborate knives, ornate pottery, and local-style jewellery and carpets. Slightly and gently ensconced, almost to protect their privacy, are two ancient skeletons, male and female, likely a couple, arranged in the way they were found in a burial ground. Almost like in a time-lapse journey, the museum will take you through Iran’s different periods of history and ruling dynasties, starting as early as the 5th millennium BC up to modern times.

Scenic hamlet less than an hour drive from Tabriz, Kandovan slightly reminds of Turkey’s Cappadocia both for its geographical conformation and laid-back vibe, and just like Cappadocia, here houses are carved into the mountain, rather than built on it. I booked my hotel in Tabriz, but visitors who wish to have a little relax in a truly secluded space can book a fully furnished, all-comfort-included room right here. While external facades might mislead you to think you are going to find inadequate services and facilities, I managed to peep at a private interior when a tiny chador-clad woman was opening the door and all I could detect was no less than a spotless, gleaming, modern luxury. Narrow and winding stone staircases complete the magical scene, but if I were to make a suggestion to the local council, would be to try to hide the ever-present electrical wires and replace the shiny steel rooftops with something a little more traditional-looking.

Listed as World Heritage Site by UNESCO in 2010, Tabriz Grand Bazaar is also one of the oldest and largest in the Middle East, and the economic heart of the city and all northwestern Iran. A suggestive string of covered domes, brick walls and endless meandering passageways, Tabriz bazaar sells just about everything you can think of, from a whole selection of nuts, one of the city’s claims to fame, to tightly woven Tabrizi-style carpets. The carpet section is huge and apparently such a big part of the whole deal that women just stay out of it and leave the hardcore bargaining to men. Iran’s oldest city market, the bazaar has been a pivotal commercial hub along the Silk Road, and still now proudly preserves the most traditional ways of conducting local business.

Last but not least, El Goli park (El-Gölü, formerly known as Shah Goli), pool and palace are definitely worth a stop, be it for lunch, dinner, afternoon tea or just a stroll. One of the country’s largest outdoor pools, the park is a cherished weekend leisure spot for Tabriz residents who love to walk along the water streams or simply chill out at one of the many cafes and restaurants lined up along its edge. Previously used as a summer residence by the Qajar rulers, el-Goli palace hosts now a restaurant and on the slopes of the park is even possible to spend the night in tents equipped with electricity and comfortable camping beds. While I didn’t stay there overnight, I did have the chance to enjoy a delicious Ash-e Dough, thick yoghurt soup, at a quaint and colourful restaurant cafe.

7 thoughts on “Things to do in Tabriz, the City of Firsts”