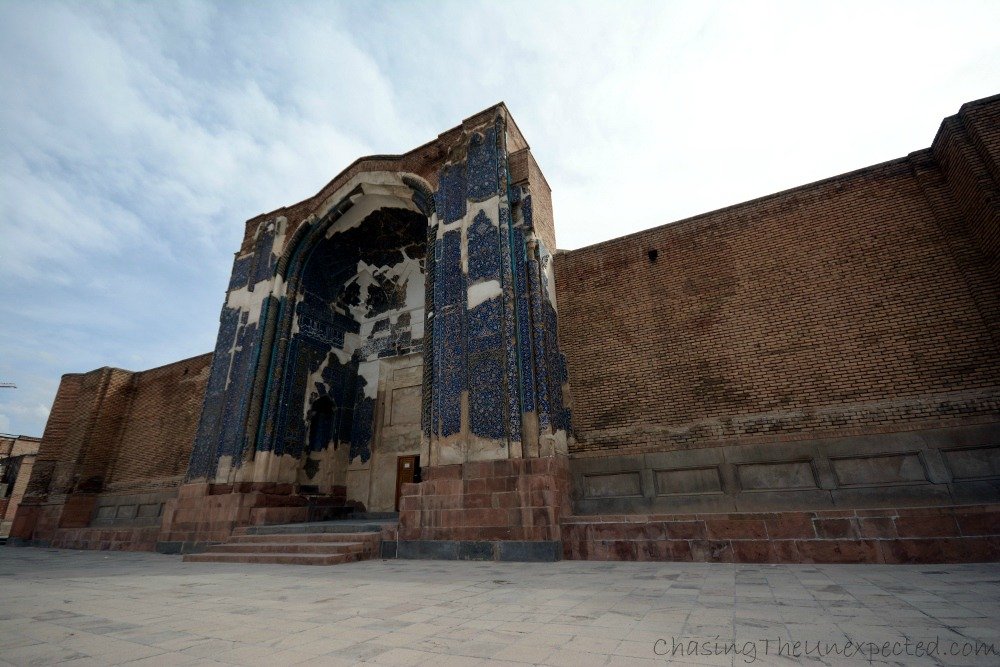 Tabriz Blue Mosque was built in 1465 under the rule of Muzaffar al-Din Jahan Shah, leader of the Qara Quyounlu tribal federation that ruled over a territory comprising modern Azerbaijan, north-western Iran, eastern Turkey, Armenia and Iraq. In 1779 an earthquake that took the lives of some 10,000 people heavily damaged this mosque, and today what we can see is what remains of its facade and interior, of which only a part is original and the rest the result of renovation work.

According to historical research, the mosque complex in its heyday included a courtyard, a religious school, baths, a Khanqah (building related to Sufi brotherhood and aimed at spiritual retreats and gatherings) and a library. All this has been destroyed by the earthquake, and while today what remains reveals its majesty, we can hardly imagine the original splendour.

Geometrical patterns, flowers mostly in blue and yellow hues repeating the shades of the blue tiles, and Arabic scripts were the main interior decorations, and today we can still see some original segments. Below some pictures I took inside the mosque, in the hope to give some idea of what it looked like before and looks like now. If you ask me, a place worth a visit in Tabriz.