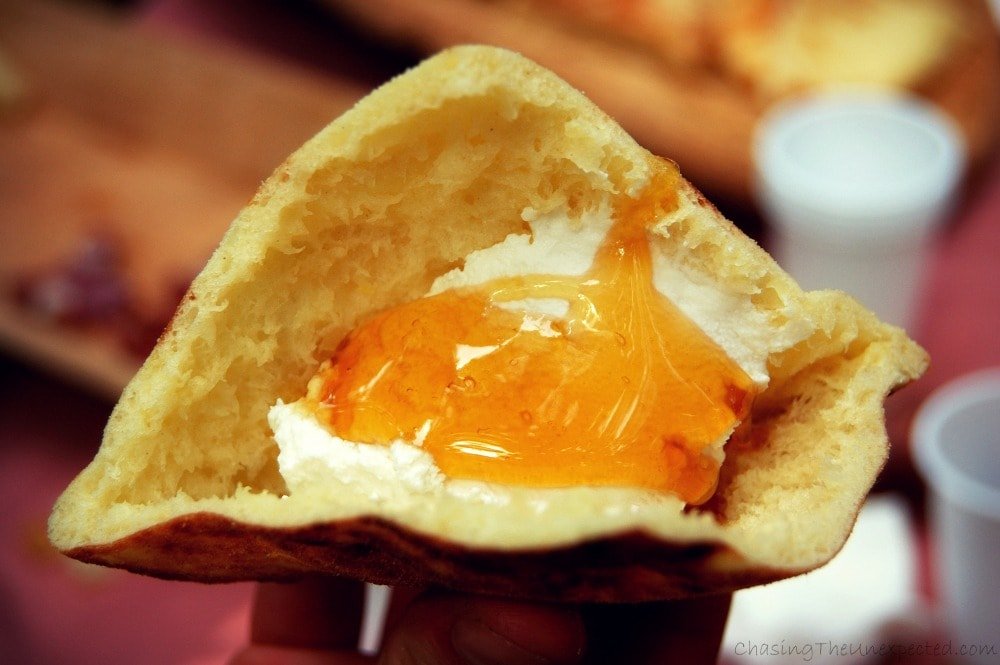 Home to Pino Sciola’s sounding stones and great honey, San Sperate, near Cagliari, is one of the places you should visit when planning a holiday in Sardinia.

What would happen if bees went extinct? From BBC to Business Insider, we’ve been warned many times about the catastrophic consequences of bee extinction. After reading and listening to the darkest forecast, I went to San Sperate, a small town in southern Sardinia where some of the best Sardinian honey is produced.

“Bees are extremely organized, we can learn a lot from them,” welcomed me Salvatore, a former commander in the Italian Navy turned into bee farmer and enthusiast, as soon as I arrived in his native San Sperate, one of the prettiest towns in Sardinia.

This is the grim future depicted by Business Insider‘s Dina Spector, who added: “Nearly one-third of the world’s crops are dependent on honeybees for pollination, but over the last decade the black-and-yellow insects have been dying at unprecedented rates.”

I had been to San Sperate previously to discover the world of bleeding stones with local sculptor Pino Sciola, and now I was determined to find out more about the fabulous universe hiding behind the frenzied buzzing, disturbing biting and intimidating anaphylactic reactions.

This is mainly how, after properly getting a boost of energy with a teaspoon of just-made royal jelly, I slipped into my hooded suit and stepped into the fabulous world of bees and Sardinian honey.

Starting to be operative in the early stages of their short life, bees are mainly of three types: the queen, that is fed only with royal jelly, that’s why she outlives some twenty times her colleagues and can become twice as big, with the only duty of laying eggs; the sperm-producing male whose only duty is to mate with the queen during the mating season and then shut up, and possibly die; the non-reproductive female workers, whose duties are many, from pollinate to feed the queen and protect her, because if the queen dies the beehive dies, and finally puke, or else said, produce honey, which is nothing else but bees’ puke.

With a life span of a mere 40 days, the work of these tiny naughty flitting beings is as precious as it gets. For a number of reasons.

Alongside the aforementioned risks of staying without fruits, veggies, seeds and nuts (as a vegetarian, it would leave me pretty much with nothing to eat), their miraculous goods are involved in our wellbeing. Bees’ royal jelly, produced by the nurse bees and made of a blend of biological components, is rich in proteins and vitamins; propolis, resinous substance collected by bees from tree buds, is a powerful antibiotics and old natural remedy already in use in ancient Egypt (I use it for sore throat, extremely powerful, awful taste); and finally pollen, a real super-food rich in vitamins A, PP, C, H, E and all vitamins of group B, along with mineral salts and dietary elements.

Honey itself can brag a great number of healing properties. It gives energy thanks to its sugar contents, has antibacterial virtues and thanks to a high level of antioxidants it keeps us young and helps us prevent a number of health conditions.

Following in the footsteps of our ancenstors, we still boast a good deal of traditional products that from time to time earn us some national and international awards. Olive oil from Seneghe, Sardinian wine from Cabras, the same Sardinian honey from San Sperate are among our claims to fame.

Sardinian honey brings to our tables the colors, flavors and smell of our land.

Even though a small island, Sardinia offers a generous supply of crops and goods, and this is why the honey that comes out of local beehives carries the zest of citrus fruits and the scent of flowers like asphodel, cardoon, arbutus (corbezzolo in Italian), that gives a deliciously bitter honey, eucalyptus, or the Mediterranean scrub vegetation, a heady blend of flowers and plants from lavender to rosemary to heather. Each of them has its own flavor and its own combinations and we like to enjoy them with local cheese in pastries like seadas, to make our famous torrone (nougat) that you can find in local festivals, topping a homemade ricotta to fill potato bread from Dorgali, or had with chocolate, fruit, teas and even coffee.

San Sperate is not the only place where Sardinian honey is produced, but at Apimed I realized it’s possible to run a business while staying ethical, of paramount importance when it comes to issues sensitive worldwide such as bee extinction.

1 thought on “San Sperate, the world of bees and Sardinian honey”