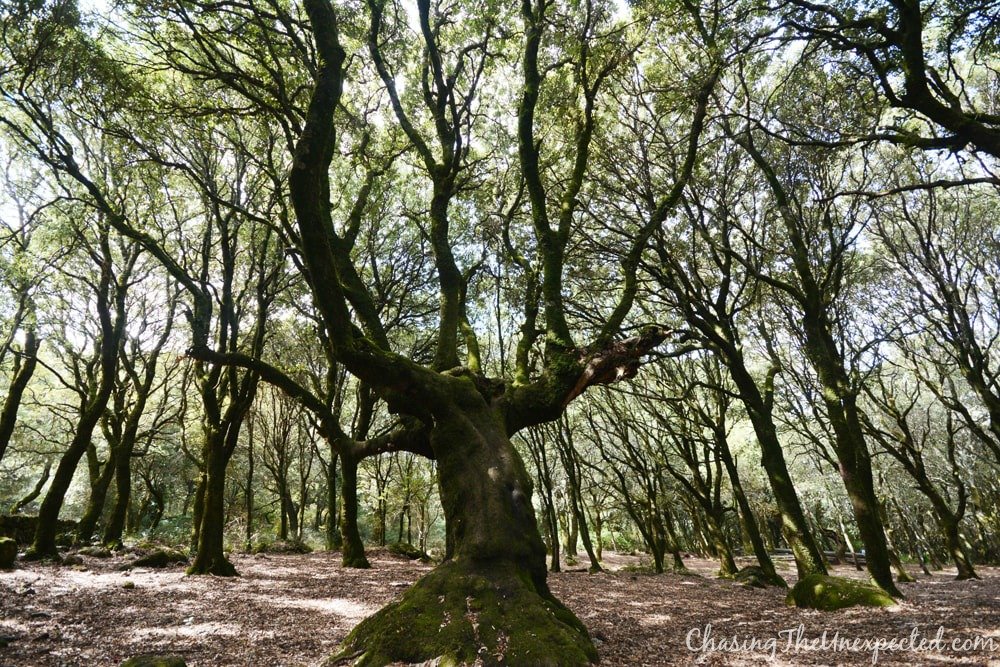 Seneghe, according to the local mythology, is the town that engenders crazy people. It boasts a beautiful mountain, natural spring water, mouthwatering local cuisine and fertile lands. Yet, it generates crazy people.

If you are planning a holiday in Sardinia, Seneghe is definitely worth it. But you will need to rent a car in Sardinia as relying on local buses will make you waste time.

Lady Craziness, apparently, was very beautiful. So beautiful that whoever happened to see her would fall in love, more precisely “crazy” in love. After sojourning in some of the Sardinia towns of the Oristano province such as Paulilatino, near my own Ghilarza, and Bauladu, and affecting the residents with some enviable and less enviable qualities that ranged from laziness to industriousness, from vanity to beauty, she decided to stop a little longer in Seneghe.

Here, too, many fell crazy in love with her, young and adults alike. For some, a fleeting glimpse of her presence was enough to feel happy. Others wanted more, such as seduce her and lured her into their own pleasures. But since no one succeeded, the townspeople started to get upset. To the point that they found useless having a divinity in the village and started planning to chase her away.

Once learnt they were plotting behind her back, the goddess, instead of taking revenge like every other goddess would have, committed suicide with the aid of a poisonous plant. This made Seneghe look inhabited by hot-tempered men and not-so-clever women for having induced a divinity to kill herself.

One of those places that never get to the guidebook, Seneghe is seldom included in the tourist trail. Which makes it a good enough reason to visit altogether. The rarity of tourism, in fact, makes this an authentic place. One where all kinds of traditions, customs and mores are die-hard. One of those places that better than anything else evokes the soul of the real Sardinia.

Seneghe, however, wasn’t always such a happy haven.

During WWII, it was a very poor town. Their harvest was aimed at the German armoury located in the olive tree grove between Seneghe and nearby Bonarcado.

Those have been extremely tough times. The elderly still recall the snowy winters when they had no shoes. Or the nights when they had to sleep in the woods to watch the livestock. Many remember the Christmas days when children’s gifts were either an orange or a walnut ( the luckiest kids).

Or when fathers made up an excuse to leave the house to hide that there wasn’t enough food for everyone. It sounds like tales from centuries ago, but really it’s not that far away.

Cosily nestled between a mountain clothed with a lush sample of Mediterranean vegetation and western Sardinian shore, Seneghe is surrounded by fertile lands that please the residents with an opulent harvest every season.

Their purest award-winning olive oil is only one of the reasons I always enjoy the town. Add to it some great wine, honey, exquisite bread and pastries, and you will complete the Mediterranean scene.

One of the main reasons for visiting Seneghe in central Sardinia is its mountain. Locals often organise their lunch, dinner and parties in the wild of their mountain, families take their kids to play and stay a whole day in nature with the view of the nearby beach, S’Archittu and Cuglieri’s coast.

Like many other places in Sardinia, Seneghe is very attached to its traditions. Here either religious festivals or food fairs in conjunction with the season harvest reunite more or less the whole town. Sometimes even summoning back the townspeople who moved to other cities in the lookout for a better job.

Sardinia is mainly famous for its beaches, so summer is a great time to visit Seneghe. Being a mountain town, its weather is nicer than many other towns, and its mountain a favourite spot in the hot season. Also, since it’s so close to the beach, Seneghe can be a great option to book your hotel. It will be much cheaper than staying directly on the seaside, much calmer and you will have all the services and shops you need.

If you happen in Sardinia in the month of December, you won’t want to miss out on the local festival that goes by the name of Prentzas Apertas, Sardinian for “open oil mills”. Celebrated right after the making of the new oil (hence the name), in this occasion, traditional houses are open for the public to visit and local producers showcase and sell their products.

Seneghe is famous for its olive oil, for which it has won several international awards, its olives, honey, sweets and pastries. So Prentzas Apertas is a fantastic occasion to see the town’s historic mansions and taste the local foods.

Whenever you will have the chance to visit Seneghe, it will be clear to you that it’s no ordinary place. For its mountain, food fairs, beautiful landscape and traditions, you should definitely include it in your Sardinia bucket list.

Nowhere like here will you hear weird and funny anecdotes. Nothing made up, only truthful accounts, simple facts of the daily life of traditional Sardinia. The ancient folktale of Lady Craziness will sure come up to your mind. And if you meet someone from here, they will confirm that behind every legend is a hint of truth.