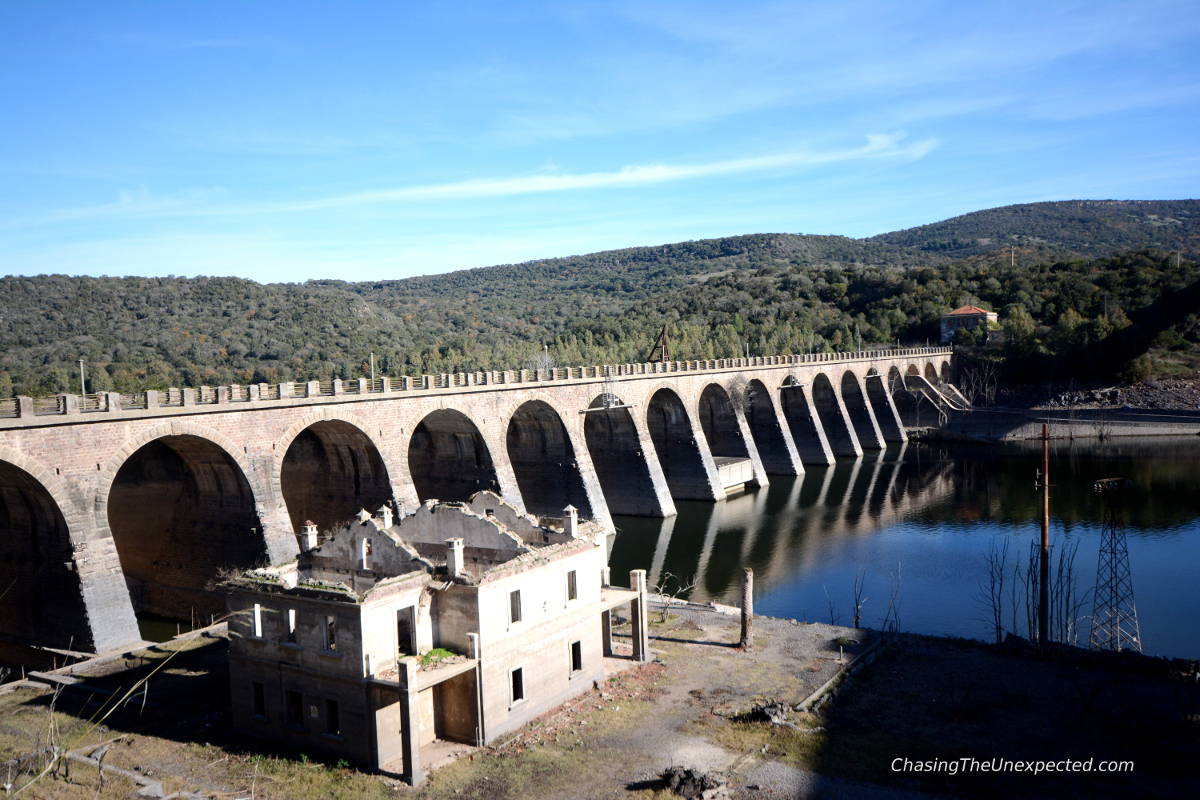 To reach most of these towns and villages, if not all, you will need to rent your own car as local public transport is not efficient.

The most beautiful towns in Sardinia to visit during your trip

A picturesque village in the Barbagia region of Nuoro province, the reputation of the area goes back to decades, when it was a hotspot of the rebellion against the occupation of Piedmont royal family, the Savoys. From those times, Orgosolo has always been a bit of a rebel town in Sardinia. It’s also the only place where Nato couldn’t build its base during the cold war.

Known for being breeding ground for the local bandits, Orgosolo is famous for the beautiful murals all over the village. Controversial and with a strong political meaning, they tackle topics from both domestic and foreign affairs.

If you are in Orgosolo, don’t leave before visiting Maria, the only woman in Sardinia who kept the tradition of making silk from the first step of breeding the worms.

Located very close to Orgosolo, Mamoiada is famous for its 2000-year-old traditional festival of the Mamuthones celebrated for Carnival and Saint Anthony in January 16th/17th.

Cute, little village surrounded by the Aspromonte mountain range, here you will sample great traditional food. Try one of the very best “Carasau” bread on the island and their top Cannonau red wine.

Drive in the countryside all around Mamoiada to see the great archaeological ruins of fairies’ houses, tombs of giants and menhir.

If your trip is focused on Sardinia beaches and archaeological ruins, then you won’t want to miss Cabras. The town is actually worth a visit for many reasons, not just the gorgeous beaches of its coast.

In Cabras, you can visit the museum of the Giants of Mount Prama, tall sculptures resumed from a prehistoric funerary complex in the town’s surroundings. Home to one of Sardinia’s oldest wine caves, here you taste and buy great red and white Italian wines.

In the surrounding territory, explore the spectacular beaches of San Giovanni di Sinis, Is Arutas, Maimoni and Mari Ermi. Close to San Giovanni, worth a stop are the ghost town of San Salvatore, inhabited once a year during the religious festival of the “Corsa degli Scalzi”, roughly translating into the run of the barefoot, and Tharros Archaeological Park.

An industrious little town in Sardinia’s Guilcer region, Ghilarza is known for having been the residence of writer and politician Antonio Gramsci, co-founder of the Italian Communist Party. Here, you can visit his house, now turned into a museum.

Ghilarza is also the best place to stay if you want to visit its surroundings that include the well-preserved “Nuraghe Losa” Nuragic village and the old dam built on Europe’s once largest manmade Omodeo Lake. The view of the old dam and the lake is beautiful, and you can enjoy it from the traditional restaurant “Cantinedda” driving towards the nearby village of Ula Tirso.

All around the town of Ghilarza are four “novenari”, tiny villages inhabited nine days a year (“nove” in Italian, hence the term “novenari”) in the occasion of the festival in honour of their saint. These are devoted to San Serafino, San Michele, San Giovanni and “Trempu” for the Holy Mary. Many residents of Ghilarza have another small house in one of these small villages and they move there during the festival of its saint.

A small and quiet village of central Sardinia pretty much all year round, Sedilo is famous for its festival on July 6th. The reckless horse race is known with the name of S’Ardia.

In Sedilo, they celebrate quite a few festivals, but this one devoted to Saint Constantine is the biggest and most heartfelt. It lasts for three days, from the 5th to the 7th of July, and celebrations are a mix of religious functions and mundane activities such as concerts, amusement parks and open markets.

While this is the biggest event Sedilo is known for, if you happen in the area some other time of the year, don’t miss the Iloi Archaeological Park where you can visit a Bronze-age Nuragic village. Check Google Maps for the route.

A very popular summer destination in southern Sardinia, Sant’Antioco is located on a small island connected to the rest of Sardinia with a bridge. All around Sant’Antioco town and island, you can sunbathe in beautiful beaches and intimate coves.

Some of the beaches to visit in Sant’Antioco are Cala Grotta and Maladroxia, while if you want to explore the local traditions, get to the byssus museum to meet the only woman in the world who still weaves the silk of the sea.

Oristano city is larger than the rest of the towns in Sardinia mentioned here. Once capital of the Judicate of Arborea ruled also by the famous woman Judge Eleonora d’Arborea, and now the capital of the namesake province, there are several things to see and do in Oristano.

From the large, Byzantine-style cathedral to the Archaeology Museum to the Torregrande Beach, Oristano is a great place to stay during your trip. Well-connected to Cagliari with a direct train, from here you can enjoy the lovely town and visit the rest of the province.

Oristano province boasts the beautiful beaches of Sardinia western coast and plenty of historic villages to add to your trip. And if you are in the region for Carnival, try to attend Oristano’s Carnival “Sa Sartiglia”.

Picturesque and quiet hamlet in central Sardinia, Santu Lussurgiu is famous for the amazing spring water in the nearby San Leonardo di Siete Fuentes, the horse race “Ardia di San Lussorio” in August and its handicraft of knives, carpets and horse equipment.

Near Santu Lussurgiu, more precisely in San Leonardo park where is the mineral water springs, you will see plenty of people filling bottles and tanks and an ancient church devoted to San Leonardo. What makes this little church more interesting is its history linked to the presence of the Knights Templar in Sardinia.

Bosa has been named one of the prettiest towns in Italy, making it one of the villages in Sardinia to visit if you are driving along the western coast. Getting close, you will see the colourful houses that define the cityscape and the historic Malaspina Castle on the hilltop.

Bosa is famous in the region also for its natural pool known with the name of Cane Malu, a beautiful cove the sea carved out of the white calcareous rock. Just near to the main village is Bosa Marina, the local sea resort where you can relax, swim and sunbathe if you are there in summer.

Close to both Bosa and Santu Lussurgiu, Seneghe is a historic town in Sardinia that boasts beautiful landscapes, a mountain where to go for a regenerating walk or a picnic in nature.

In Seneghe, you will find great food, a stellar olive oil for which the town won several international awards, and delicious traditional cakes and pastries. If you are in Sardinia in December, in Seneghe they organise Prentzas Apertas (open oil mills), where historic local houses open to the public to visit and showcase local products such as honey, oil, wine for sale.

In summer, you can enjoy the mountain for nice temperatures and the nearby beach of S’Archittu with just a short drive away.

San Sperate is in Cagliari province and one of the most interesting Sardinia towns for a number of reasons. First of all, is the hometown of late sculptor Pinuccio Sciola that I had the great chance to meet. His “singing stones” have been listened to all over the world and now his lab is an open-air museum.

The town has been spruced up with beautiful colourful murals, which make a great subject for your pictures and add to the reasons to visit. Some of the other things San Sperate is famous for? Delicious peaches and honey!

A tiny hamlet in Oristano province, Fordongianus is one of the Sardinia towns known for its Roman thermal baths. Built as a Roman settlement under the name of Forum Traiani, Fordongianus was a thriving commercial hub in a strategic position.

Today, travellers can enter the Roman baths and see how the therapeutic water was channelled and used by its ancient residents. And if you want to enjoy some, you can either take a cheap dip in the small baths located on the road near the entrance or book a stay in the luxury of its Sardegna Grand Hotel Terme.

READ MORE: Top things to do in Sardinia

One of the beautiful small villages in Sardinia, Paulilatino is more famous for its surroundings. If you are a history buff, you will love this place. Explore the countryside of olive trees and the Mediterranean vegetation to find the prehistoric “domus de janas” (fairies’ houses), dolmen, menhir and several Nuragic sites.

The most famous archaeological park in the area is also one of the most famous in the whole Sardinia. It’s the sacred well of Santa Cristina (Saint Christine). Located in the middle of a lush olive grove, it’s named after the nearby rural sanctuary.

This fascinating construction represents a temple with the shape of a water well dating back to some 1000 years before Christ and devoted to the cult of water practised in the Nuragic and pre-Nuragic times. Its geometry is so perfect that it still now the object of academic research.

Located in Nuoro province, Dorgali is a traditional little village in Sardinia that enshrines a huge deal of things to see and do. Surrounded by mountains and close to the scenic Cala Gonone beach, its townspeople strive to keep their old traditions alive. So here you can sample their delicious food like the typical “culurgiones” dumplings filled with potatoes and fresh mint, “carasau” bread and amazing pastries and sweets.

Dorgali is also one of the places where you can trace the presence of the Knights Templar in Sardinia. Stroll around its narrow alleys to enjoy the old town of this quaint hamlet.

From the town, take a drive to explore the nature and history of its surroundings. From Dorgali, I took a tour to Su Gorroppu, one of Europe’s deepest canyons. But there are many other places you can visit here. Don’t miss the archaeological sites of Nuraghe Mannu and S’Ena e Thomes giants’ tombs, or the kaleidoscopic Ispinigoli grottoes and the stunning coastal “Grotte del Bue Marino” (Sea Oxen Grottoes) reachable by boat.

Or stop to admire the view of the Cedrino river and the gorgeous karst spring of Su Gologone from the Supramonte mountain of Oliena territory but close to Dorgali, too. Here you can do kayak in the lake or enjoy a picnic in the magical forest of eucalyptus.

Tuili is a tiny quaint village in Sardinia of apparent little interest. Why visit Tuili? Because it’s one of the towns from where you take tours to the Giara Park.

Giara is a natural park located on a tall plateau where you can see the native little horses. They are not Pony, they are proper horses, just smaller than what you are used to.

These horses are native from the area, they are an ancient breed that didn’t develop like the others and remained as they were hundreds or thousands of years ago. Now you can visit them in the park and taking pictures, but touching them, bothering them and even feeding them is strictly forbidden.

WANT TO READ IT LATER? SAVE IT TO YOUR BOARD!