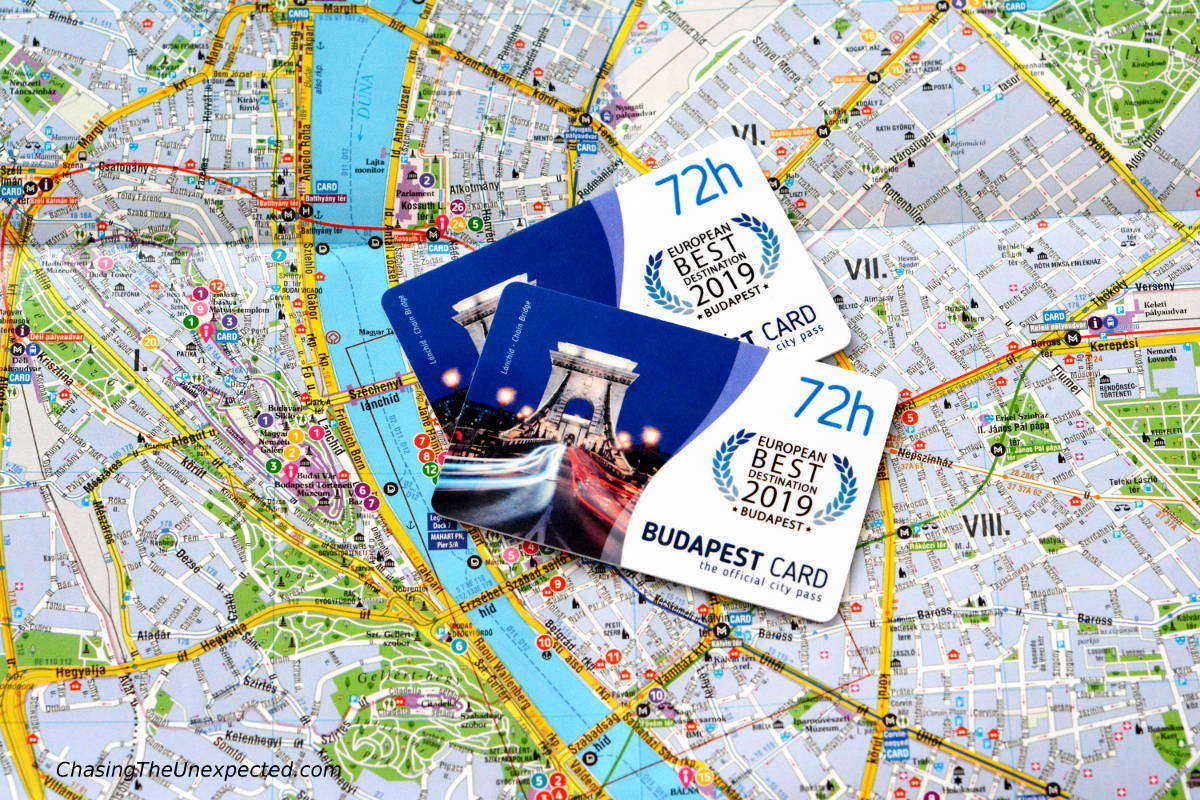 The first thing my husband and I did when we landed in Budapest was to purchase the Budapest Card 72 hours. We were going to spend 3 days in Budapest so we wanted to be prepared and equipped. Along with booking a budget hotel in Budapest, also purchasing the city card can save you some good money and allow you to enjoy what the Hungarian capital has to offer, including tours and spas.

We used the card every day quite a lot, so now we are writing a full review to help you decide whether or not it’s worth it.

We used our Budapest city card 72 hours every day of our trip. Was it convenient? Did we regret purchasing it? Read our full review to learn everything about the Budapest city pass.

READ MORE: How to plan a perfect trip to Budapest

Which Budapest Card shall I choose?

Depending on how many days you are staying in Budapest and what are your preferences, there are different types of passes. So you go from a one-day pass (24 hours) to a 5-day one (120 hours). The 3-day Budapest city card of 72 hours comes also in two other versions, 72h Junior and 72h Plus.

The Budapest city pass gives free entry to a number of museums and discounts on several other museums as well as activities. So your choice can also depend on what type of trip you want to have.

What can I do with my Budapest City Card?

As mentioned earlier, the Budapest city pass gives you free entry to several museums and a discount on others and on popular activities, from 10 to even 50 per cent off. The discounts and free entries vary depending on which card you buy.

For example, the Budapest Card 72 hours and 72h Plus gives you a discount on two dinners at one of the restaurants partners in the initiative, while you won’t have this with the 48h card.

All cards buy you free access to the Lukacs Thermal Baths, Hungarian National Museum, the two galleries inside Buda Castle (Budapest History Museum and Hungarian National Gallery), Memento Park, a visit to Buda Tower, Aquincum Open Air Museum and the Hungarian House of Photography among others. You will also get a free guided walk around Buda and Pest.

Unfortunately, many of the main tourist landmarks are not included in the pass. In some, you will have a discount, while others are simply not participating in the initiative.

Most of these are actually must-see landmarks for anyone travelling to Budapest for the first time. This is why adding the single tickets to the Budapest card price makes it pretty expensive.

The Budapest Card will also give you a discount on the Hop-On-Hop-Off tourist buses. These are managed by private companies, so check with them first if they are a partner in the initiative and how much is the discount.

Probably the number 1 reason that made us not regret buying the Budapest pass was free public transport. Having free buses, trams and metro was not only great to save money, but also to save time and avoid the hassle of always looking for the tickets.

Budapest Card 72h gives you also free transport between the airport and the city centre. You can take the bus 200E to the metro station Nagyvarad tér on the blue line and then take the metro to your destination. Everything is included in the card price.

The other shuttle bus from the airport, n. 100E is not included in the Budapest pass. So you would need to buy it separately at the airport and pay either by card or with the local currency HUF. The bus 100E takes you directly to the city centre and important metro stations such as Kalvin tér and Deak Ferenc.

If you choose the Budapest Card 72h Plus, you also have free airport shuttle bus miniBUD and a free cruise on the Danube that the other cards don’t contemplate.

Where can I buy the Budapest Pass?

There are many ways and places where you can buy the Budapest city card. Probably the best option is to buy it online before leaving, so when you arrive, you just need to take the receipt to one of the official stands and they will give you the card.

The places where you can collect your Budapest city pass are:

Buy your city card online and save time!

It’s possible to buy the Budapest city pass also directly at these info points but be aware that at the airport they don’t accept any currency different from the Hungarian. So unless you already have the local money, you either pay by card or need to withdraw.

If you want to buy your pass in one of the info points in the city, you might miss on some free transport that the card would likely give you, also from the airport to the city centre.

How to use the Budapest City Card

Specific rules apply to how to use the Budapest card pass. This is a handy checklist on what to do when you buy the pass and how to activate it.

Budapest City Pass price: is it worth it? Pros and cons

This is the price of the Budapest city card depending on its duration:

Buy your city card online and save time!

WANT TO READ IT LATER? SAVE IT ON YOUR BOARD!