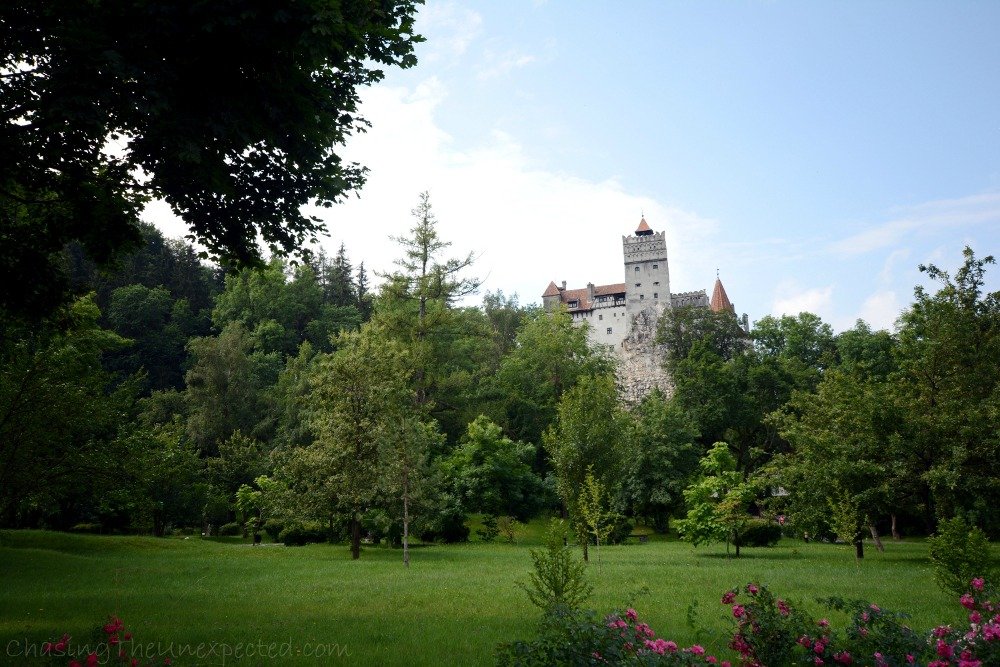 Even though I’m not the biggest fan of very touristy spots, while delving into medieval Europe in Romania, I decided to visit also the Bran Castle, famous for being Dracula’s castle, which has actually nothing, or little to do with Dracula himself. But first things first. Who’s Dracula? A vampire. Do vampires exist? Of course, they do, in folktales (and Buffy, Twilight, etc.).

As history goes, count Dracula was also the name of a Romanian ruler of the fifteenth century, certain Vlad Dracul “Tepes”, son of Vlad I Dracul, member of the Dracul Order, the Order of the Dragon, a chivalric rank founded by the king of Hungary Sigismund in 1408, one of the many orders similar to the Templars and Hospitalliers that had as main purpose protecting Christianity and fighting off the enemies, which, those times, were the so much hated Ottoman Turks.

As it happens with controversial characters like him, more so if their deeds earned them the unflattering nickname of “Tepes”, the Impaler, count Vlad of Wallachia is shrouded in mystery. As a matter of fact, the only sure thing we know about him is that his myth survived after his death due to the cruelty of his methods against his enemies, to the extent that his reputation started hitting horror novels and stories already in the fifteenth century, to finally inspire Irish author Bram Stoker to write the famous novel Draculain 1897.

Vlad Tepes’ father, Vlad Dracul, settled in Sighisoara in Transylvania with his family, and here the infamous count received the education apt for a proper knight, including dealing with weapons alongside reading and writing.

Around 1442, Vlad Dracul and his two sons were imprisoned with the accusation of being traitors, and this is when Vlad Tepes the Impaler studied Ottoman language, culture, and lifestyle, probably picking up also much of their warfare techniques.

When, after his father’s death, he earned the title of prince of Wallachia, Vlad Tepes established a government based on his authoritarian leadership. His brutality engendered myths and legends that carried on and flourished after his death. It’s even disputed the way he died. Was he killed with premeditation or was he a victim of an accident?

Whatever the real story, his eccentric, cruel and somehow outlandish manners made him the main character of countless horror stories mainly inspired and drawn from Romanian folklore, starting right from the creepy figure of the “strigoi”. In Romanian mythology, the “strigoi” is the evil soul of the dead and the term comes from the word “striga”, similar to the Italian “strega” that means “witch”.

Apparently, the strigoi is born like every normal child, just with different features, a nightgown, a bonnet and a veil over their head, and as the myth says, this kind of creature comes to the world when the woman who conceives him has drunk cursed water while pregnant or left the house without covering her head. This is when Satan itself places a bonnet on the future mother’s head, just like the child’s one, which needs to be removed as soon as possible after the child is born otherwise he swallows it beginning the terrible transformation.

If this doesn’t happen and the child actually mutates, the “adult” strigoi can be recognized by its many unique features: bald, hates garlic and onions, despises frankincense and sleeps outside on the night of Saint Andrew. Oh, and obviously, he has a tail. From here, many are the beliefs embedded in the local beliefs, among which, if a village faces drought, it means a strigoi lives there and prevents the rain from showing, if it rains and hails, then God is punishing the strigoi, and if the sun shines while it rains, then a strigoi is getting – oh my – married. Because, yes, the strigoi can be living among us, as the soul of a dead person who came out of the grave.

The strigoi has been associated with and has inspired vampire-based stories because it kills its victims by sucking their blood. Truth is, despite the many invasions and occupations throughout history, Romanian folklore has been kept alive by the natives, and vampires are still among us. According to the tradition, one could become an undead not just by birth but also if bitten, committed suicide or led a vicious lifestyle.

Now, to come back to our Vlad Tepes, knowing about his habits of impaling his prisoners makes it pretty straightforward why he has been swiftly associated with this macabre myth, plus, with the help of Bram Stoker’s imagination, the leap from the Impaler to the king of the undead was quite short.

Probably a bitter pill to swallow for the fans of the genre who travel to Transylvania just to visit Dracula’s castle is that, despite the admittedly excellent marketing endeavor, not only the mansion in the little village of Bran has never been Vlad Tepes’s property, but either he’s never been there or, at best, he was a quick passing guest who needed to rest in between ongoing battles.

Obviously, as mentioned by historical research displayed at the Bran Castle itself, Vlad Tepes prince of Wallachia left also some heritage, such as the Royal City in Bucharest, the Snagov Monastery, and Poienari Fortress. Like every historical mansion, the castle is worth a visit to delve into its past, the history of the region and its former dwellers, but if you are truly looking for vampire stories, I think just immersing in the local life will make you closer.

How to get to Brasov, Transylvania

I took the train from Sinaia to Brasov, but you can also take it from Bucharest and Constanta. The railway system in Romania is pretty widespread, so you can easily book your train for all the main cities. When we were there, the website of the train company wasn’t very complete in English, so we either checked the time for our next train when we arrived somewhere or asked the hotels to check the timetable for us. We would then arrive at the station a bit earlier than our departure time and buy the ticket from the station office.

In Brasov, I stayed at the beautiful and very central Casa Wagner, and from there visited the main landmarks of the medieval city. Conveniently located in the very heart of the city, the pedestrian Council Square, from this hotel you easily reach all Brasov attractions, from the Black Church to the Mount Tampa to the Cetatuia Fortress, to the same Bran Castle in the nearby village.

Click here for more details on availability and latest prices.

Transylvania. The name itself is enough to send an icy chill down the spine of even the most fearless adventurer. Now imagine being there, in person, when the clock clangs midnight… on Halloween! At odds with its creeptacular reputation, Romania ranks as one of Europes most charming and underexplored regions, beguiling visitors with its stunning Gothic architecture, enveloping forests, and friendly people. But as idyllic as it is by day, the real fun happens at night particularly Halloween, when we’ll treat you to a costume party in an authentic castle. Think you’re not afraid of the dark? You will be.