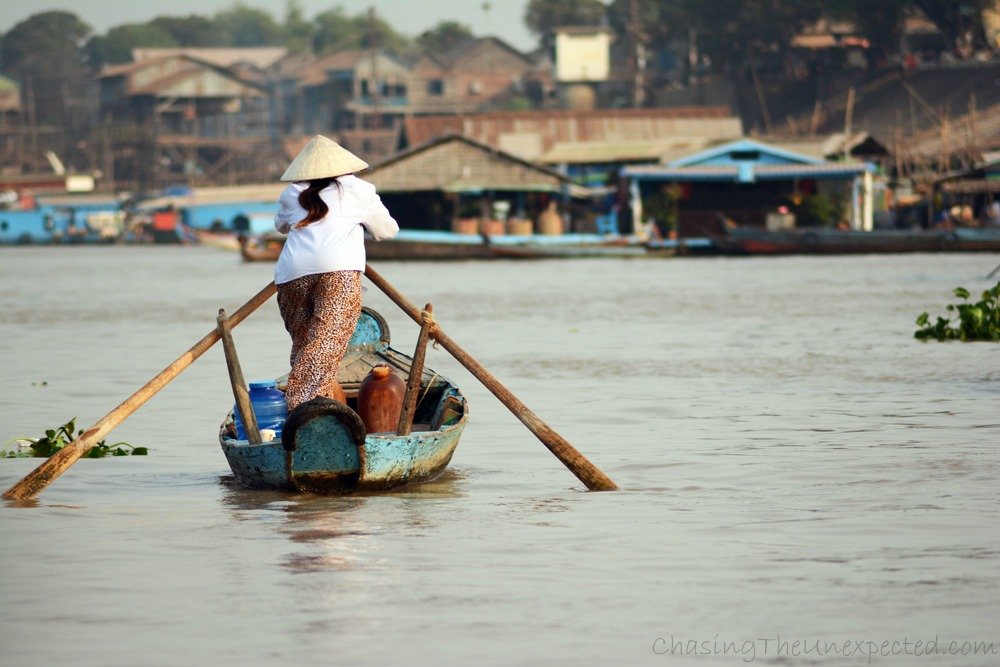 I’m just coming back from Cambodia, the country mainly known for its 3-year-8-month-20-day Khmer Rouge period, its always smiling population and for its poverty.

In all honesty, when I booked my flight to ancient Kambuja I thought I knew what to expect, but as it turned out, my pre-trip research little did prepare me to the sights of a life heavily dependent on weather conditions and Mother Nature’s moods.

After the mandatory two-day temple-hopping at Angkor Archaeological Park around Siem Reap, one of Cambodia’s most popular tourist sites, I reached the village of Kompong Khleang, floating on the calm and somehow muddy waters of Tonle Sap Lake, by a local-driven boat after walking through its still part, a forest of stilt houses rising some 10 meters from the ground in order to deal with the raining season that causes the river to flood inland. Houses seemingly permanently open, with villagers of all ages appearing from the wooden terrace and smiling at the passers-by while getting along with their daily chores such as cleaning and selling first-necessity goods in makeshift convenience stores accurately set up day after day.

Covering the mud-hued waters framed by a bright green vegetation was a regular stream of tottering boats shipping rice, peas and all sorts of goods from one end to the other. Tonle Sap Lake gets its water from the Mekong River for the 70 per cent while 30 per cent comes from rain and other tributaries. The floating villages along the river that flows up to Vietnam apparently attract tourists drawn by this unusual way of life. Definitely unconventional, the nitty-gritty of this floating lifestyle is far less charming than it might sound.

Inhabited by Cambodians in the still part and Vietnamese immigrants in the floating department, life in both Kompong Khleang and Phsar Krom villages (the latter closer to Phnom Penh) is all but easy.

The houses floating on the lake, basically wide boats where everything concerning their daily life and privacy happens, are safer when waters are not too deep, otherwise the waves make them unstable and insecure. Living literally on the water, it shouldn’t come as a surprise that this is the first element they rely on, and two are their ways to filter it: either they directly pour it on the huge containers and wait for the mud to rest on the bottom before they can use it for cleaning, cooking and pretty likely also drinking, or they use a scarf as a makeshift strainer.

Here villagers make a living fishing and selling the fish to both Cambodia and Vietnam towns reached via the river, or with local “convenience stores” where they sell mineral water and first-necessity goods.

As these waters serve as resource for cooking, cleaning, transport trail, swimming and toilet dump, it goes without saying that this is not a lifestyle that offers ideal hygienic conditions: it was a shock for me to learn that life expectancy is 54 years, and 12 per cent of children don’t reach the age of 5.

“Different people, different styles, same village”, told me Borey, our Cambodian guide. He might have been there many times, but he hardly looked as if used to those sights.

Below are some more shots I took in both Kompong Khleang and Phsar Krom in the hope they’ll give a better idea of the hard conditions their residents live in.

8 thoughts on “Two people, one village: the floating lives of inner Cambodia”