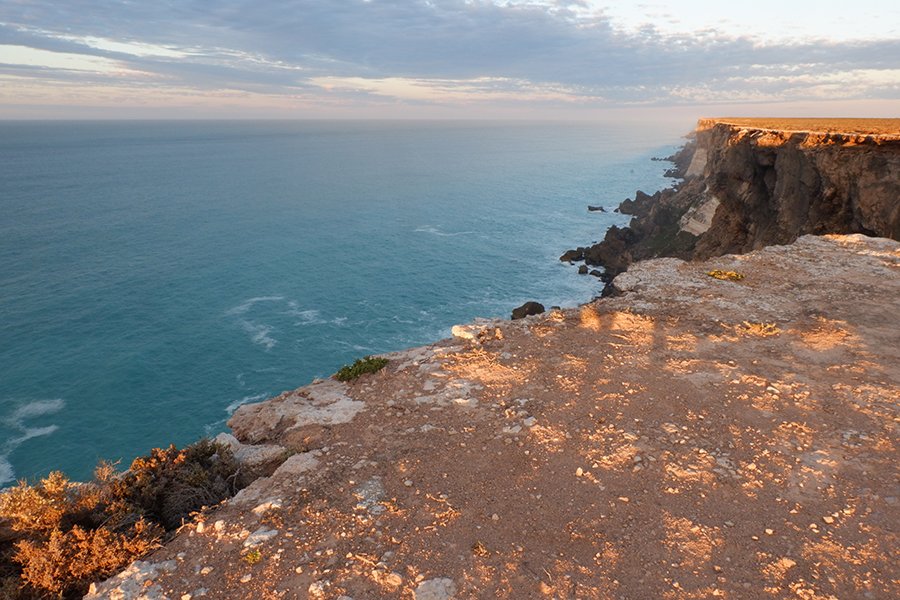 Breathtaking natural landscape, vibrant cities, unlimited road trips and friendly locals are only some of the reasons why you should travel to Australia. Want to know more? Read on.

To learn about the Land Down Under before booking your flight, read some of these important books on Australia like The Thorn Birds by Colleen McCullough, Tracks by Robyn Davidson, Down Under: Travels in a Sunburned Country by Bill Bryson, Australia: A Biography of a Nation by Philip Knightley and R.M. Crawford, and Rabbit-Proof Fence by Doris Pilkington.

Top 10 reasons why you should travel to Australia

Beautiful Australia is well known as the land of the sun, surf, and unique outback. Australia is a country that takes it to extremes; it’s the driest inhabited continent, the world’s largest island and has one of the longest coastlines on the globe. Australia’s got a unique outback culture, coastal, well-developed cities, hundreds of quirky small towns and the most jaw-dropping natural beauty.

Road tripping Australia is the best way to see the country. Although Australia is huge, with very remote areas and lots of gravel roads – over 50% of the roads in the country are unsealed – it is a perfect place for road trips. Only a car can see some of the best off-the-beaten-path things in Australia because they are so remote, you’ll have the chance to explore some hidden gems on a road trip – and feel like it’s just you there. And, because the distances are so vast, the trips often take weeks – which makes the whole experience an adventure.

Whether you’re driving across the Nullarbor, exploring Australia’s red centre or travelling down the east coast, you can make use of free campsites and (normally) beautiful weather to travel independently and have the trip of a lifetime.

⇒ Tip: Click here to rent a car in Australia

2. The Sunrises and Sunsets

Australian sunrises and sunsets are some of the best in the world. If you’re travelling on the east coast, set an early morning alarm to watch the sun ascend from the sea – Byron Bay, the most easterly point of Australia, is the best place for it – or if you’re in Western Australia grab some Emu exports (the local beer) and watch the sun gradually leave the sky, turning the horizon into an abstract masterpiece of oranges and pinks.

3. The Wildlife is definitely one of the reasons to travel to Australia

Everyone’s heard of kangaroos and koalas and knows that there’s more animals in Australia that can kill you than anywhere else, but there’s a huge amount of wildlife native to Australia that you’ll be amazed at. 90% of animals indigenous to Australia can be found nowhere else on earth, and this list includes the fast and strong-beaked emus, colossal crocodiles and bugs of all sorts of funky colours.

As long as you leave the cities, you’ll no doubt get the chance to spot some of this wildlife. Some of the best places to see different types of Australian animals are the Great Ocean Road in Victoria for koalas, Cape Le Grand National Park to see kangaroos and Exmouth in Western Australia for emus – and pretty much anywhere in Tasmania, you’ll get the chance to see all sorts of crazy wildlife!

When a country is untouched by developing societies for thousands of years, the most breathtaking scenery remains to be admired. Aboriginal Australians worked with the land, not against it, and therefore a colossal amount of Australia’s natural beauty has been preserved.

With only 3.1 people per square kilometer and huge sections of the country with no inhabitants, it’s not surprising that Australia’s beauty remains completely unpreserved.

Visit Australia to marvel at the gorges of Karijini National Park, bask in watering holes in the Kimberley region, be taken aback at stretches of never-ending coastline and to look out onto rich red soil in the outback. There’s nowhere else where you can enjoy such a vast and unscathed beauty.

Australia is the perfect place to not just enjoy the great outdoors, but live in it. Whether you’re hitting the road in a campervan or simply living in a tent, the great weather and laidback way of life make it one of the best places in the world to do so.

Of course, it does rain in Australia; but in some places, such as the Northern Territory and North Western Australia you can time it right so you only visit during the dry season. Alternatively, invest in some high-quality camping gear (there’s a lot of it available in Australia) and relish in the rain as much as the sun!

There’s a lot of nothingness in Australia, and travelling between major cities can take days or even weeks; for example, the Melbourne to Perth drive officially takes 40 hours, but most people take at least two weeks for the road trip to see everything along the way.

You could be irritated about how long it takes to get to places, or you could absolutely revel in it. I love the Australian outback. Coming from the UK, it’s such a novel feeling to have so much space surrounding me; to be able to get out the car and not see another vehicle coming for miles, or to rock up to a roadhouse (the only building in around 200km) and exchange words with some of the other travelers there.

The outback is a lot of nothing, but driving along the roads of Australia’s centre is a fantastic experience that should be had by all travelers to the land Down Under.

Of course, it’s impossible to have a list of reasons to visit Australia without mentioning its many beaches. With 25,760 kilometers of coastline, there’s plenty of spots to choose from!

Popular favourites are Whitehaven Beach on the Whitsunday Islands, Bondi Beach in Sydney and Perth’s Cottesloe Beach, but there are literally thousands of others to choose from.

Some of Australia’s beaches have hilarious names too; South Australia is home to an Anxious Bay, and if you’re road tripping the West Coast you can get your picture taken with a sign to Hangover Bay!

8. The Range of Climates

One of my favorite things about Australia is that it’s always summer somewhere; I’m writing this from Broome, Western Australia, where it’s the middle of winter and today has reached 34 degrees. If that’s too hot for you, take your pick of places further south; in Melbourne, at the moment it reaches between 10 and 15 degrees.

Australia has desert and rainforest, Mediterranean and temperate climates and even ski resorts that run in the winter. In the summer, the entire country can sweat; but often southern New South Wales and South Western Australia are cooler and the island state of Tasmania is always a welcome break from the heat. This hugely diverse range of climates makes it for a fascinating reason to travel to Australia.

Just a friendly warning: If you travel to Australia, you may well become addicted to coffee. Australians, particularly those in the cities, love fancy coffees. It’s made in a delicious way to a very high standard, with perfectly frothed milk and rich tasting beans.

And if you can’t consume dairy, do not worry; I haven’t been to a café yet where soy or another plant-based milk isn’t an option.

Australians are internationally known as lovely people, and generally, they live up to their stereotype very well. People in Australia are incredibly friendly and talkative and love speaking to travelers to their country. Aussies are often super chilled and keen to share travel advice and tips for travelers to the country.

And the busy backpacker scene in Australia means that there’s always someone new to meet. Australia has such a diverse range of nationalities and people, making it one of the best places in the world to make travel friends.

⇒ Traveling to Australia? Check out this adventure road trip from Sydney to Brisbane!