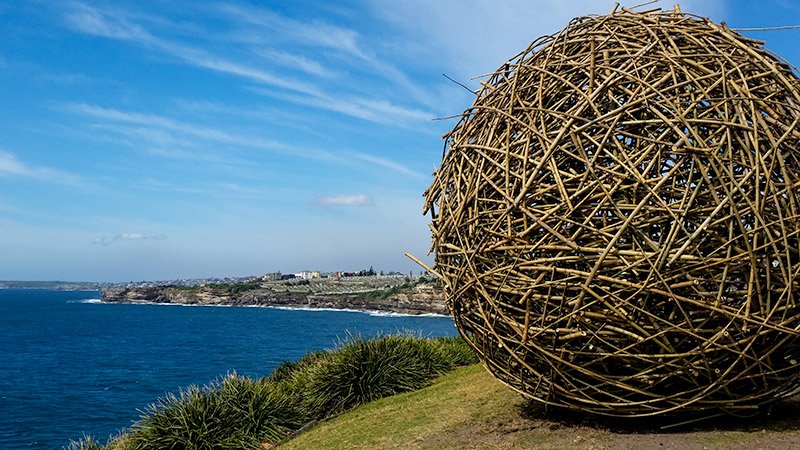 A breathtaking natural landscape, a vibrant culture, a proud history and lovely and weird wildlife are only some of the reasons that will make you want to visit Sydney. If you need more inspiration, read on!

Top 10 reasons why you should visit Sydney

1. The landmarks are incredibly iconic

Visiting a city is not all about landmarks. Big monuments or fabulous views are great, don’t get me wrong, but every city has more to offer in its culture and its identity. However, in Sydney, the big landmarks proudly stand out very everyone to see and, somehow, they integrate very well with the landscape. More specifically, I am thinking about the Sydney Harbour Bridge and the Sydney Opera House. On top of being beautiful and easily recognisable man-made landmarks, both tell the story of Sydney. When visiting Sydney Harbour, you surely will be blown away and seduced by these two landmarks.

Sydney is the cultural and economic capital of Australia. The colony was officially founded in 1788 by Captain Phillip and when you visit, you will be exactly where Australia’s contemporary history began… Whilst the First Fleet landed initially in Botany Bay, further to the south, the establishment of the colony is placed at Circular Quay. Now a transport hub, everyone visiting Sydney goes through there. The Rocks is the first neighborhood to be founded and is just off Circular Quay. It’s amazing to walk around the site of the “beginnings”, seeing plaques showing the location of the first hospital and so on… If you come from Europe where things are more ancient, it’s a pretty neat feeling.

3. Sydneysiders love their criminal past

The Sydney Cove Colony was founded in order to house criminals… Yes, England thought it had too many so they were shipped off on boats to occupy a new land. This is a fascinating and sometimes gruesome history, but Australians are strangely proud of this background. One of the first brick buildings in Sydney is the Hyde Park Barracks, and was built to house convicts sent to work in the colony. And after convict transportation ceased, Sydney’s history is still full of dangerous gangs, such as the Larrikins of the 1890’s and the Razor Gangs of the 1920s.

⇒ For some of the best things to do in Sydney, check out this post.

4. The distances are crazy

Australia is a very big country and the distances are significant. Sydney is no different, it is a very spread out city. From east to west and north to south, the distance is roughly 80 kilometres… This requires some planning when travelling around and if you come from Europe, for example, you need to get used to it. On the positive side, it means that Sydney has great diversity. You can virtually choose your lifestyle depending on where you elect to live. You can live by the beach or in the bush, there’s something for everyone.

5. The best events are free

With its spectacular geography, Sydney is very skilled at taking advantage of its surroundings. Australia is a very open and democratic society and there is a focus on large public events. If you visit Sydney, there is a chance you may attend a large event, such as the New Year’s Eve Fireworks, the Mardi Gras Festival, Vivid Sydney or Sculpture by the Sea. All these events are free to attend and Sydney offers a spectacular background.

Some street art can be an aesthetic nuisance and is costly to clean up. But some neighbourhoods in Sydney take a very different and much more positive view. Newtown is a funky area south of the CBD, easily accessible by bus or train. It is popular for its bars and micro-breweries. The local council has a program that commissions street artists to paint murals in order to beautify the area. The artwork is developed in conjunction with the owners of the building and usually tell a story relevant to the area. There is some great artwork on display and a walk through Newtown is a new way of looking at an urban area.

7. The language is… different

When I first arrived in Australia, I thought I spoke good English… But I still had to learn the local language… The accent can be a little challenging, not American, nor English, but very uniquely Australian… The beauty of it though is the fun and weird expressions… Did you know that being busy in Australia is being… flat out like a lizard drinking?

8. The wildlife can be dangerous

Australians love to say that all wildlife is out to kill you… And it is true that most spiders, sharks, snakes are not to be messed with… Most of the dangerous wildlife live in the bush or in the ocean, not so much in the urban areas, but they are still around, and you should exercise a degree of caution. On the positive side, Sydney is a quite a green city, with lots of parks and coastal areas, so the wildlife is plentiful. Also, some animals look really nasty but unlikely to attack.

A large amount of Australian animals are only found here, and they have unique characteristics… This makes them quite endearing and you can discover this wildlife safely at Taronga Zoo, the Sydney Aquarium or other animal reserves. But who would have thought that a large jumping rabbit that carries its babies in a pouch would become such an Australian icon?

10. Sydney has a strong outdoor culture

Sydney has a beautiful climate, warm but not too humid. By Northern Hemisphere standards, the winter is quite mild. In fact, winter has very sunny days. Sure, summer can be hot, very hot even. But the upside of these weather conditions, coupled with an abundance of green spaces within the metropolitan area, means that Sydney is a city turned onto the outdoors. A lot of social activities take place outside, from picnics and barbecues to sports and even weddings… When you visit Sydney, you will get a real opportunity to see how people live outside. One of my favourite early morning thing to do is to go to the beach and observe the variety of people who attend: joggers, swimmers, dog walkers and families having breakfast…

So, why should you visit Sydney?!

Sydney is incredibly diverse and its people are very welcoming. Whether you are a family, a business traveller or a backpacker, there is plenty to see and do. Some of the landmarks are quite unique and spectacular but the lifestyle is something to discover as well. I hope you get a chance to discover this beautiful city.