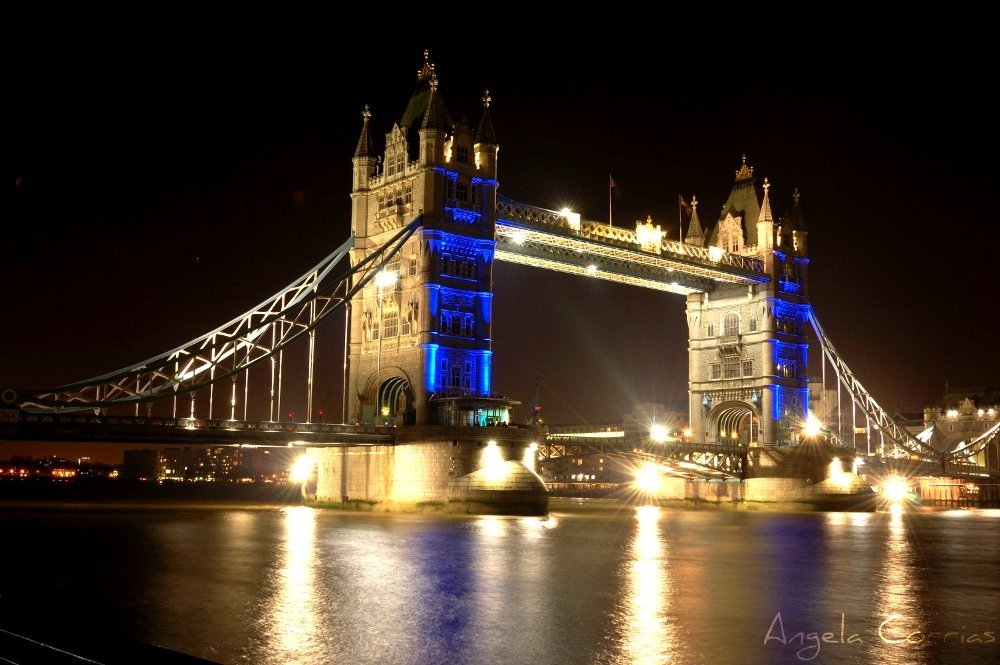 The epitome of architectural majesty, Tower Bridge in London has always been one of the favorite and most iconic landmarks of the English capital. Symbol of a glorious bygone past, this beautiful building attracts thousands of visitors every day and is being used by over 40,000 people (motorists, cyclists, and pedestrians) daily.

A suspension engineering marvel built between 1886 and 1894 in London, neo-Gothic Tower Bridge crosses the River Thames and represents one of the most photographed landmarks of the city. After 50 projects were submitted to the “Special Bridge or Subway Committee”, finally in 1884 the design by Horace Jones and John Wolfe Barry was chosen. Works started in 1886 and after 8 years, the employment of five contractors and hundreds of construction workers, and some 11,000 tonnes of steel for the framework, the bridge was opened and started serving the purpose it had been built for, ease road traffic.

The Tower Bridge Exhibition is a special attraction. Tourists can view the designs that were submitted when the Committee opened to the local contractors, the construction progress, and the operating of the bridge. In order to maintain the integrity of this monumental structure, the government has imposed a 20-mile-per-hour speed restriction, and an 18-tonne weight limit on vehicles using the bridge, both weight and speed are monitored by sensors and cameras.

When you get to the other end of this beautiful Victorian-Gothic-style building, you have the opportunity to walk the north-facing side and view the Tower of London. When you are back at ground level, with the same ticket you can walk down and underneath the bridge to the old engine rooms to see how the old steam-powered engines used to raise the bridge over 1000 times a year.  To see how the Tower Bridge in London works is really interesting and worth visiting.

READ MORE: Check out our guide to 40+ things to do in London.

Practical info for a visit to Tower Bridge in London

How to get to Tower Bridge in London

London public transport is excellent and pretty widespread so you can reach the landmark in many ways. The nearest metro stations are Tower Hill (Circle and District lines) and London Bridge (Jubilee and Northern lines).

To visit the bridge you enter a lift to take you to the top. The lift operator gives you a quick view of the site before it’s time to exit. First, you cross the south-facing side, you will see there are plenty of storyboards explaining who designed and built the bridge. The views are great and there are small sliding panel windows to open to let you take photos without having to shoot through the glass.

For more information, you can check the official Tower Bridge website: http://www.towerbridge.org.uk

Landmarks near Tower Bridge in London

Tower Bridge is in the city center, so you can easily reach many other important London tourist attractions. The closest is the Tower of London, but also places like the Borough Market, Shakespeare Globe, the Tate Modern, Millennium Bridge, and the Old Spitalfields Market are easy to reach.

READ MORE: Check out our useful tips for planning a perfect trip to London.

The spacious rooms are featured with modern amenities such as tea/coffee making facilities, a private bathroom with complimentary toiletries and a hairdryer, a queen-size bed, a sofa, and a working desk.

The hotel has also a restaurant and a wellness center equipped with a modern gym, a sauna, and a steam bath. Free WiFi is available everywhere in all areas of the property.

The hotel is close to Tower Hill tube station and many London attractions such as Brick Lane, the City and obviously our Tower Bridge.

The LaLit London. Located a five-minute walk from Tower Bridge, The LaLit London hotel offers rooms equipped with coffee machine, TV with satellite and cable channels, and a private bathroom with free toiletries, a hairdryer, bathrobes, and slippers. Guests can enjoy the nice on-site restaurant and the fitness center. Free WiFi is available all over the property.

Among the places to visit in London close to the hotel are Borough Market and the Tower of London.

CitizenM Tower of London. Among the budget hotels in London, CitizenM Tower of London is one of the favorite accommodations near Tower Bridge. The rooms feature fast WiFi, a flat-screen TV with satellite channels, Apple/Miracast and free movies, safe, minibar with complimentary water bottles, a private bathroom with power rain shower, hairdryer, and free toiletries.

Among the attractions close to the hotel is the Tower of London, the River Thames, Tower Bridge, and the City of London.

14 thoughts on “Tower Bridge in London, how to plan your visit to one of the city’s most iconic landmarks”