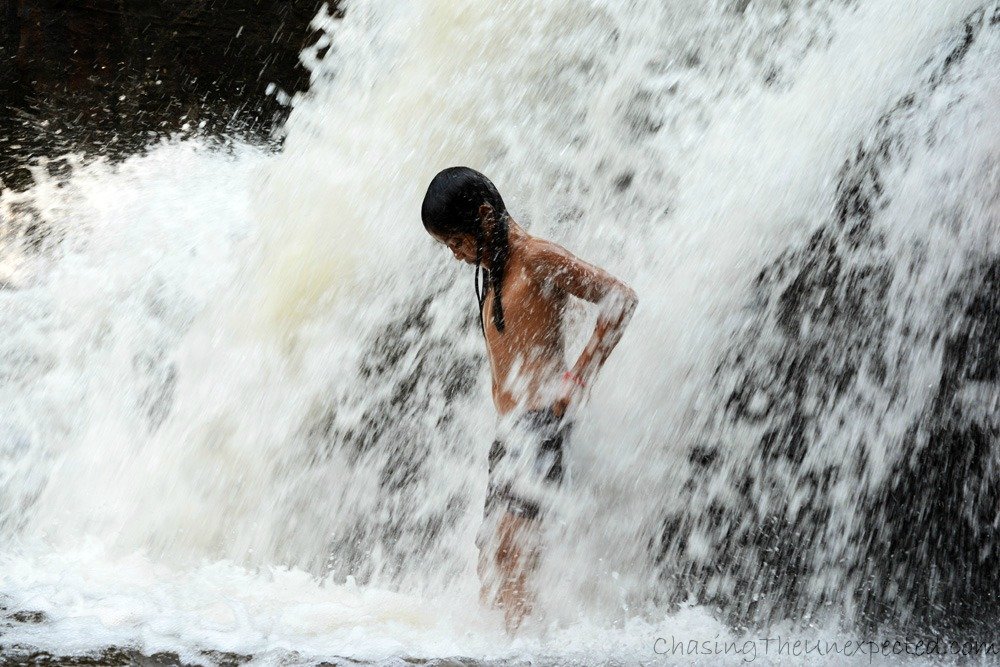 Located in Siem Reap province at less than 50 km away from the city, Phnom Kulen National Park lives up to the promise of a full immersion in nature. Waterfalls, creeks and related reflections, elephant-shaped rocks, the necessary temples and an expanse of underwater linga, thousands of phallic symbols carved on the riverbed, this park has everything you need for a great day out.

Both sacred and secular, Phnom Kulen mountain in Cambodia is the favorite gathering point of locals seeking to spend some carefree hours with family and friends, stopping at Wat Preah Ang Thom temple for a prayer and to pay tribute to the huge reclining Buddha, indulging in some archaeological sightseeing around the ruins of ancient temples and the important Kbal Spean, otherwise known as River of a Thousand Lingas, dating back to the 11th and 12th centuries where, apart from the lingas, or better, just alongside them, on the riverbed is represented the recurrent Hindu Trinity: Lord Shiva, Lord Brahma and Lord Vishnu.

⇒ Tip: Book a day out to trek in Phnom Kulen with an expert guide

Considered the most sacred mountain in Cambodia, Phnom Kulen has been open to tourists since 1999 and local Khmers go there especially during weekends and festivals. The waters that flow plentiful across the park are considered holy and often locals fill a bottle to bring back home with them. Previously called Mount Mahendraparvata, it seems that it’s right here that the origins of the Khmer Empire can be traced from the 9th century when king Jayavarman II declared independence from Java.

Historical landmarks, sacred spots, wandering monks, random swings swaying by themselves in the gentle breeze and crashing waterfalls, Phnom Kulen National Park is special for children and adults alike who never miss the occasion for a refreshing swim and a relaxing day in nature.

Between beautiful nature and historical sites, I obviously took as many photos as I could, and below are some more of my shots from that day.