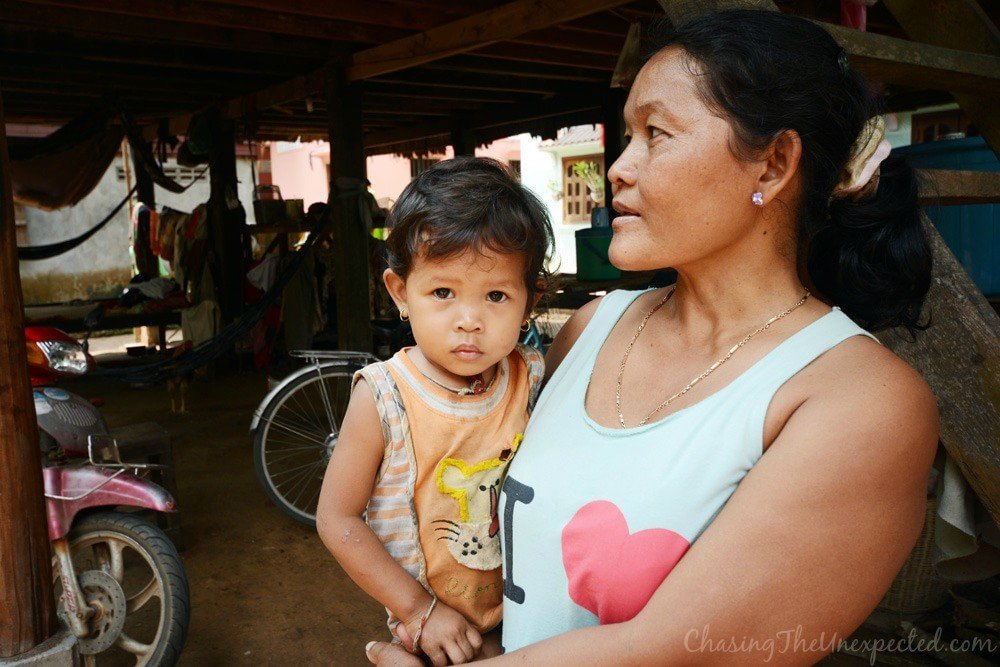 You live in a developed wealthy country, surrounded by all sorts of comforts, you can afford traveling when on holiday, you feel lucky and accomplished and all you want to do is helping the poor you see in Cambodia in any way you can, be it giving to beggars or doing volontourism. Stop for one minute and think.

Are you really helping the needy or are you just trying to feel good and give yourself peace of mind?

This is the question you always need to ask yourself before acting in any environment that is not your own and that you don’t know much about.

During my recent trip to Siem Reap, I had the chance to meet with Sally Hetherington, Operations Manager at local NGO Human and Hope, and she completely opened my eyes on what’s the situation and what the possible dangers of irresponsible tourism in Cambodia, especially when this involves volontourism, donations and charity in general.

When I first asked Sally about it, what she kicked off with was something I wasn’t expecting. There is an increasingly worrying issue of paedophilia in Cambodia, and paradoxically, giving gifts and donations to children and families is not helping. Actually, it might do more harm than good when it leads to the dangerous (and hideous!) practice of grooming. When foreigners give gifts to children they set a precedent in that families and children themselves are led to trust them, with the danger that they won’t recognize a potential predator and child abuser if he has the same approach of making donations directly to the families. If families trust their children with foreigners, predators have an easy and direct access to children.

So we can’t give donations anymore? Yes, we can, but instead of giving directly to children, either money or gifts, we should find an NGO we trust, one that clearly shows they are working towards truly empowering locals by teaching them a profession, sponsoring scholarships and making them independent from our donations, rather than making money out of foreign donations, creating “poverty tourism” businesses and making locals reliant on donations rather than giving them the chance for self-sustenance.

There are many trustworthy NGOs, I was told about Human and Hope by travel writer Lara Dunston, who also wrote a beautiful story for The Phnom Penh Post about empowering women from poor backgrounds by teaching them the art of fine baking aimed at the country’s most exclusive hotels, and there are also others, such as the bigger Friends International or Helping Hands.

Do you want to help in Cambodia? Do it by making a difference, not just to make yourself feel good.

A slightly different topic, but by all means related, is the increasingly worrisome issue of orphanages and the so-called “orphanage tourism” in Cambodia. Quite strikingly and unlike what the term might suggest, a whopping 70 per cent of the children in orphanages have at least one parent, and in Cambodia orphanages are a ruthless business, with parents giving away their children after the promise of compensation thanks to foreign donations. An important documentary about the issue has been published in 2012 by Al Jazeera, here is the link, I recommend you watch it if you want to know more about this.

I won’t state the obvious here, as I’m sure anyone understands the huge psychological damage being separated from their families causes to children.

When I was in Siem Reap, Sally from Human and Hope told me about the orphanages, adding to the already outrageous with details of how some of these institutions located near hotels popular among foreigners, bring out kids at night to dance in the streets. More to that, when children are far from their families, either sold to this type of organizations or given up into other forms of exploitation, their risk to be victim of child abuse sees a staggering rise. Needless to say, schools around the world encouraging students to spend their holidays volunteering in orphanages in Cambodia or any other country only make things worse. It might make students aware of how the poor live in developing countries, but certainly blind on how those children ended up there and what their future will be like.

Interesting articles on the issue are on The Conversation magazine, one about how volontourism does more harm than good in orphanages and one about the “business of orphanages“. Friends International has launched a campaign to raise awareness on the problem, “Think Before Donating“: too often donations don’t help orphans, they create them. For more on the negative effects of volontourism, here are the reasons why Human and Hope Association decided to no longer accept volunteers.

Widespread poverty often makes a country more vulnerable to ruthless so-called “entrepreneurs”, and in Cambodia irresponsible tourism is going well beyond the borders of what’s socially acceptable, with tour guides taking visitors even to dump sites and tourists enjoying taking pictures with landfill workers, most of the time children, like in the one near Siem Reap that has been described as a voyeuristic tourist spot.

As damaging to the society as is encouraging these practices of poverty tourism, so it’s giving to beggars and contributing in making this a business like in other countries such as India. This field, actually, seems to be already up and running in Cambodia too. Everywhere I went, as soon as I got off the car/rickshaw/bus, a group of children was ready to either sell postcards/bracelets/chewing-gums, offer to lead me on a tour or simply ask for money, with a pre-packed response in just about every language saying “come later!” to my hesitant reply, even before I had the time to articulate it. Similarly, every time I asked them why they were not at school, they were swift to retort: “we are on holiday”, or “our class is in the afternoon/morning” depending on what time it was.

It’s normal to feel guilty not to give a little spare change when it’s a kid asking for it, but often the only reason why we do it it’s to feel good ourselves, even though we know it’s wrong and it encourages the kids stay in the streets instead of going to school.

This post is unusually packed with links pointing to more in-depth information about the different aspects of the same problem. I understand and it’s normal that you want to feel helpful, but the most important thing is to be aware of what we are doing, what is the situation of the country we are visiting and what are the consequences of our behavior. As usual, it’s mandatory to do our homework before traveling and sensible to be responsible tourists.