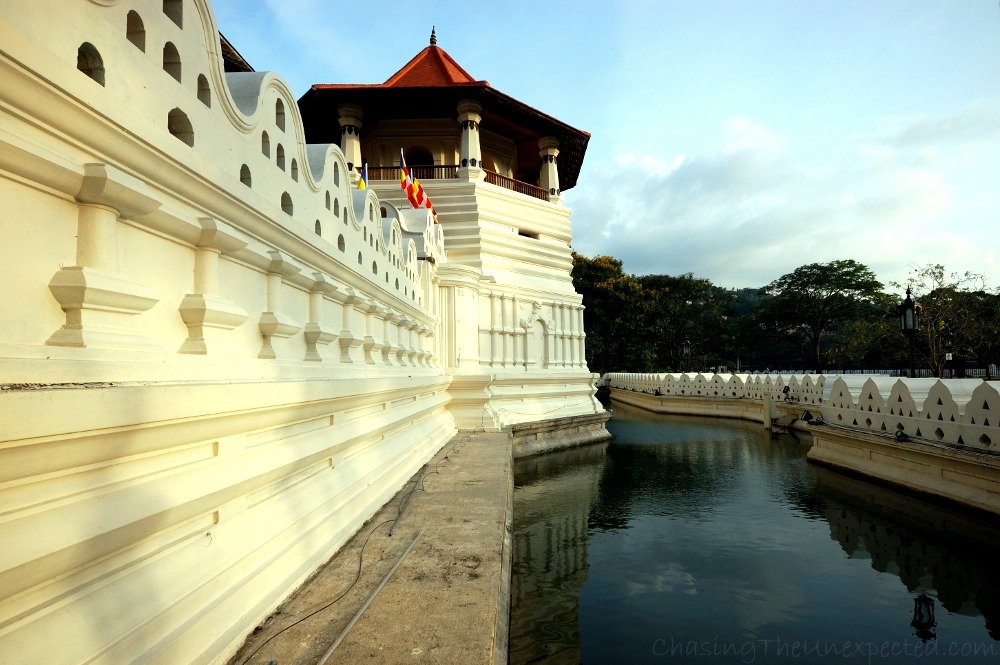 Either for its centrally convenient position or its historical and cultural riches, Kandy is one of the most popular and beautiful places to visit in Sri Lanka. Clean, green, and pleasant to walk around, the sacred city of Kandy was the last capital of the Sinhala rulers, thanks to whom the rich Dinahala culture flourished for thousands of years.

A Day in Kandy, Sri Lanka

I can’t really define what it is exactly that attracted me to Kandy.

We’ve spent less than a day here, just had lunch and visited the main temple, but immediately I felt I wouldn’t have minded settling there for a couple of months.

In Colombo, I felt we weren’t walking much. All the main attractions seemed to be next to large high-speed roads, hence for every movement we always resorted to the ubiquitous tuk-tuks. Which was a pity for me, as I am used to walking kilometers every day. Plus, in a new city, I find this is always the best way to explore and get your bearings. Probably the only real occasion we had for a proper walk was when we visited Pettah neighborhood.

Although we haven’t really walked that much in Kandy either, I’ve had the impression it was a more walkable city than the capital, certainly smaller, less crowded and perhaps quieter.

We were still recovering from climbing Adam’s Peak and only passing by on our way north toward Dambulla, so the only attraction we managed to visit in Kandy was the Buddhist Temple of the Tooth (Dalada Maligawa), which wasn’t very quiet, actually.

Usually, when you enter a temple, the road to get to the central worship area is short, likely just a little step, when there is even one, and that’s it, you are in. This temple was one of a kind, surrounded by a large green field and a beautiful, calm waterway, offering a good walk before accessing the actual sanctuary, ideal for our sore legs after our climb the night before. As soon as we entered the temple’s facilities we obviously visited the main sacred area, even though the places to see inside were many, from a museum to a smaller temple to a lovely meadow.

Visiting the Temple of Buddha’s Tooth in Kandy

Located in the royal complex of the former kingdom of Kandy, this temple houses and protects the relic of Buddha’s tooth.

Very important relic in Buddhist countries, both in religious and political matters, it’s believed that who is in possession of the sacred tooth of the Buddha also holds the power of the country. The temple plays a great role in the city’s fame, and it’s one of the reasons why Kandy was declared a world heritage site by UNESCO in 1988.

The whole city of Kandy was considered sacred, and this was its main site, commonly known as the city of Senkadagalapura, capital of the Sinhala kings, the main guardians and supporters of the Dinahala culture for about 2,500 years until the British promptly interrupted their peace of mind in 1815 following their urge to conquer, control, expand, drink tea and all sorts of things intruders usually do.

This is how UNESCO’s page devoted to Kandy puts it:

“Kandy, founded in the 14th century, is the southern tip of Sri Lanka’s ‘Cultural Triangle’. The city became the capital of the kingdom in 1592, during a troubled time when many of the islanders were fleeing to the interior, away from the coastal areas the European powers were fighting over. Although taken several times, the city remained one of the bastions of Sinhalese independence until the British troops entered it on 14 February 1815.”

We crossed the city by car and we took only a short walk around the complex of the Temple of the Tooth to treat ourselves with one of the healthy juices they squeeze everywhere in Sri Lanka, but I still hold the impression that Kandy is a pleasant town to tour on foot.

I might not be moving to Sri Lanka as yet, and should I think about resuming my expat life, it would probably be because I will need a break from the city and full immersion in nature rather than in another town, so instead of Kandy, I will be likely settling in some jungle or forest, which Sri Lanka is indeed full of.

With this dreamy thought, I leave you with other two images from the precious temple, in the hope that maybe they can further inspire you to visit together with some interesting facts about the country.

4 thoughts on “A Day in Kandy, Sri Lanka, Love at First Sight”