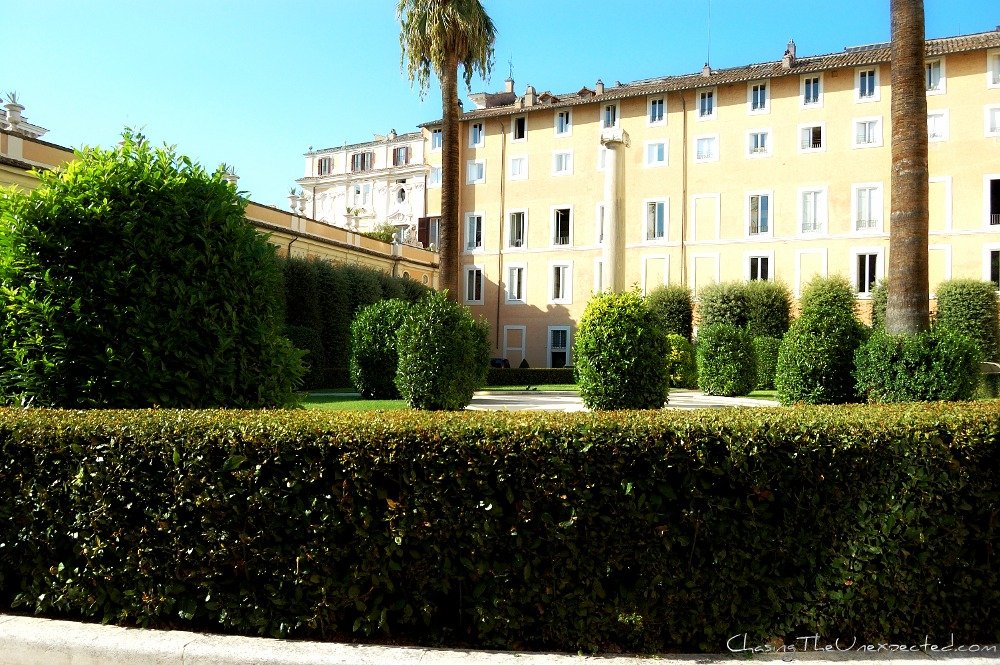 Recently, I was invited by Context Travel to a cultural walk led by Dr. Francesca Barberini through the magnificence of Princess Isabelle’s Apartment in Palazzo Colonna, 66 Piazza SS. Apostoli, just beside Piazza Venezia, in Rome’s city center.

As soon as I arrived, something looked familiar. True, I had lived in Rome for seven years, I had been countless times to Piazza Venezia, repeatedly went past Palazzo Colonna on my way to Via Nazionale, but still that was not what was intriguing me.

Then all of a sudden everything came up all together: I entered the Palace and saw the image of Marcantonio Colonna, leader of the winning coalition at the Battle of Lepanto, and I was reminded that one of the buildings of my university is in Via Marcantonio Colonna.

From there, the connection was pretty straightforward: during my college studies I had done a four-month internship at the Agence France Presse (AFP) which is precisely based in Palazzo Colonna.

That’s it, I was home, now that I had established my “relation” with Princess Isabelle, I was ready to discover her private, “cozy” side. The kind of coziness of the likes of Versailles, Buckingham Palace and such.

Princess Isabella Sursock, originary from a rich family of bankers from Lebanon, married Prince Colonna, who brought her to Italy just on time for the rise against Mussolini.

Her apartment still looks like when she was living there, until she died, in 1984, aged 96.

The residence known as Princess Isabella’s Apartment mainly follows the taste of the two women who lived there, Maria Mancini first, niece of Cardinal Mazzarino and lover of Louis XIV of France. Due to her passion for the decorative art, we can see the first hall of the apartment entirely painted with the flowers of Italian artist Francesco Corallo.

The Colonna family has lived in this Palace since 1300 up to now, as the upper residences are still inhabitated by members of the noble Roman dynasty.

Carrying on with the tour of this exclusive palace, that during Princess Isabelle’s strict “rule” was only open to Popes, Kings and Presidents, visitors end up in the “Stanza Vanvitelliana“, Italian adaptation of artist Van Wittel Room, who worked for the Colonna family for three generations, nonetheless.

Van Wittel’s paintings are like old photographs of Rome in the 1600s and 1700s, where even the smallest detail has been looked after, pictures that inevitably made me step back in time, allowing me to discover how places I know so well actually were centuries ago.

The apartment, being a private residence, is closed to the public, and opens only under request of specialized tours. On the other hand, the Gallery in the upper floor beyond the gardens is open to the public every Saturday morning from the entrance in Via della Pilotta.

Here is a feast of the most famous and beloved painters, from Salviati to Bronzino, from Rocco Zoppo to Stefano Pozzo, from Guercino to Jacopo Tintoretto, up to the amazing original “Mangiafagioli” (The Bean Eater) by Annibale Carracci.

The decoration of the ceiling reproduces the different moments of the Battle of Lepanto by Austrian artist Schor, from the workshop of Bernini, fact that made some researchers attribute some of his work to Bernini himself, although this claim hasn’t been proved by any evidence.

At the end of the gallery, set in the stairs where it originally fell, there is the famous cannon ball that was thrown by the French in the help of the Pope against the Quirinal Palace, headquarter of the First Roman Republic, during the battles for Italy’s Unification.

As one of the members of the tour put it, visiting that Palace and its gallery felt like seeing for real all the most emblematic postcards from Rome.

I absolutely loved this tour, and was “devastated” when the guardian announced that since it’s still a private residence, taking photos was not allowed. I just managed to steal a shot of the entrance garden before being kindly told off.

I was very glad that Context Travel invited me to this tour. In seven years in Rome I had never had the opportunity to visit Princess Isabelle’s Apartment, and even if I had gone by myself, I would have certainly missed all the nuances highlighted by professor Francesca Barberini.

Context Travel makes the difference within the tourism world because its walking seminars are designed to give visitors an in-depth analysis of the cultural and historical heritage of each place. This is definitely something for in-the-know and intellectually curious travelers, who don’t just want to see tourist attractions but fully understand them.

Context has tours in different cities around the world, such as New York, Paris, Istanbul, and many in Rome. As they put it, due to its being continuously inhabitated for some 3,000 years, Rome is “one of the most complex cities in the western world”.

Different artistic styles and periods sitting one beside another make Rome unique, the fact that every time a new building is planned workers find new ruins makes it a difficult city to live in and to manage.

Nevertheless, this is its beauty and charm, this is why visiting Rome is a must, and why in-depth tours to unearth its little known culinary tradition, to discover the Catacombs, to trace the birth of the country, such as the ones organized by Context, are irreplaceable in experiencing the Italian capital.

So next time you go, although I’m fully aware of how hard it is tearing yourself from the dreamlike shops of Via dei Condotti or the delicious gelato of the Old Bridge ice-cream shop near the Vatican, please resist for a couple of hours and dig deep into the eternal city, you’ll thank me later.

25 thoughts on “Journey through Roman Grandeur”