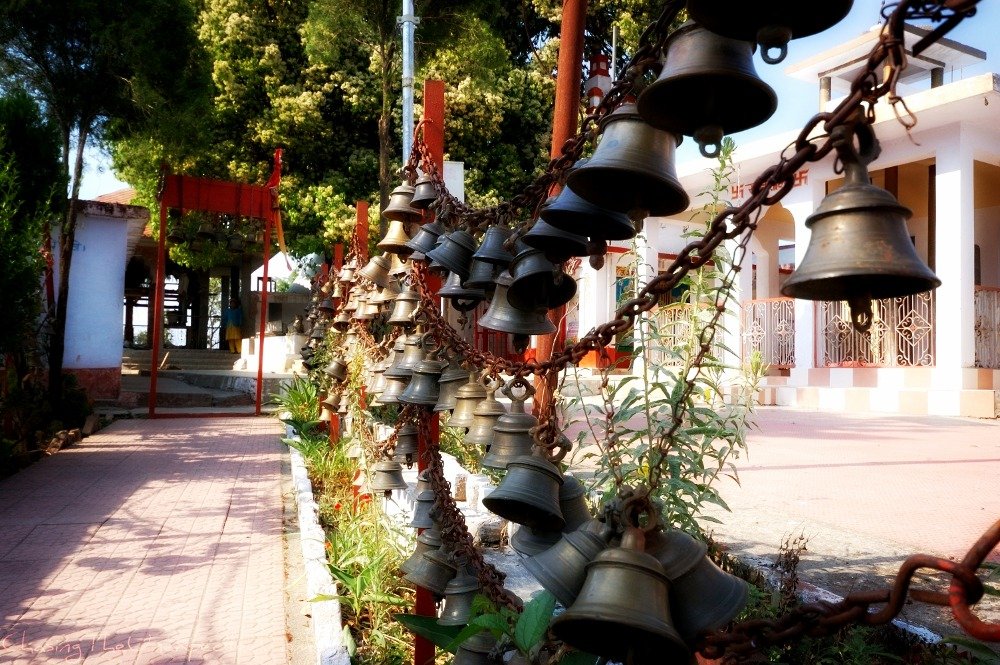 One of the most offbeat places to visit in Uttarakhand is Manila, unknown by most travellers and still off-topic on most travel guidebooks. Of great natural beauty and rich spirituality, here is where travellers can learn about age-old Hindu traditions and religion.

A small village in Uttarakhand

India is a very colourful country, and the definition doesn’t stem only from the brightness of women’s saris, but also from the culture, the traditions, the tales that populate the rich heritage of this unbelievable country.

Manila is a tiny village that, apart from a breathtaking view of the Indian Himalayas, doesn’t really have many tourist attractions. If you want to visit luxurious royal palaces, Manila is not for you; if you are looking for a laid-back, natural spot, with the possibility to interact with locals without the intermediary “tourist way” that strives to show what local life looks like, here is your ideal destination.

While dawdling about jungle lanes in the perpetual search of wild animals, it was casually mentioned the existence of two temples and the tale that makes them so unique and important for his community. He started talking randomly and confusedly, and I wasn’t paying particular attention until I realized this was truly off-the-beaten-track.

The story of the temples in Kumaoni and Garhwali regions

It all began in Uttarakhand, where God, or better nine Gods (all sisters) were born. This state comprises two regions, the Kumaoni and the Garhwali territories, and the story starts in Tella Manila temple, part of the Kumaoni land, around the 16° century.

Please note that the word “Tella”, which means ‘downhill’, is my own direct transcription of how locals pronounced it, I’m not sure how this is written in English as I think it can only be found in Hindi characters, or perhaps it even belongs only to their oral tradition.

This temple is the sanctuary of Manila Devi, a woman God who, it’s believed, in the 16° century was used to speaking to the people who visited her. When the population in the Garhwali territory learned that the God was speaking, deemed appropriate to move her from the Kumaoni land to their own region.

So one night they went to her temple and started begging her to go with them, but Manila Devi thanked them and politely declined the invitation because, as she explained, her older sister, Kali, already lived in the Garhwali territory, on top of a hill surrounded by small villages and impracticable country lanes, and she couldn’t join her.

Why exactly didn’t Manila Devi want to move closer to her sister? Because she is a pure vegetarian God, while Kali is not vegetarian, hence *totally different*, and apparently incompatible, personalities.

At this juncture, I would have considered sensible from the Garhwali blokes to just admit defeat and go back home. At the end of the day, they got rejected by a God, not by a mere human. But apparently pride took over, and Garhwali people, after having unsuccessfully tried to lift the statue, cut both her arms in order to have at least something belonging to her to bring to their region.

Understandably, at this point Manila Devi asked the village nearby, which was entirely inhabited by the priests who worshipped her, to come up and help her since the Garhwali people were cutting her arms to take them away. I’m not sure how this request for help happened, but after hearing some of the tales involving Indian Gods, I’m led to think it happened “via dream”.

Down in the village, the priests, instead of rushing to help Manila Devi, didn’t take the whole accident seriously, furthermore, they thought she was joking. How a God can *joke* is beyond me, but I guess in India everything is possible.

Anyway, the day after, early morning, a priest went up to pray as usual and found the place and the statue covered with blood. He immediately called the rest of the village (a bit too late) so everybody could see what had happened the night before and be ashamed of themselves for not having trusted their God.

They went on an expedition following the trail of blood to find the missing arms and after 6 km they actually found one on top of the hill, where they thought appropriate to build another temple known as Malla Manila temple. Again, the word “Malla”, which means ‘uphill’, is my personal interpretation and transcription of the Kumaoni word.

Built on a beautiful location, from Malla Manila temple it’s possible to enjoy one of the most stunning sunsets of the area, facing directly the Indian Himalayas. Now here Manila Devi‘s arms are carefully kept, cherished and worshipped. Not that the Garhwali guys are coming back to claim them after such a long time, but just in case.

After the creation of this second temple, I thought the tale was over, but my friend warned me that something else, very important, happened afterwards. Manila Devi, the now “armless” God, was understandably very upset, first of all for her arms that were now lying way too far from where they were supposed to be, and secondly, because her priests didn’t believe her when she cried out for help.

So, after this unfortunate incident, she thought appropriate to curse the whole village, letting the priests know that since they hadn’t come up when she was bleeding, every time they would paint their houses, either inside or outside, they would have faced countless problems. Apparently, the priests didn’t believe her this time either and challenged their fate: a priest painted his house for a wedding and, the day after, the whole family was found dead. That was definitely the last time the village underestimated Manila Devi‘s words, and still now nobody paints their houses.

At some points, the tale becomes inevitably fuzzy, but despite my curiosity, I thought I was reaching levels of absurdity myself when I wanted to properly investigate A) why they claimed they found only one arm if now in Malla Manila temple there are both arms; B) when and where they found the second arm; C) how the Kumaoni people reacted to such event and if the diplomatic relations between the two regions were somehow spoiled.

During the whole storytelling, I kept staring at how emotional my guide was while talking about his Gods and their mundane occurrences, sometimes guiltily thinking ‘WTH!?‘, sometimes admiring his absolutely unquestioning faith towards such tales.

“You don’t believe me?” they finally asked when they could no longer avoid my puzzled look. “Fine, next year on April 15th you come back and you will see Manila Devi bleed, like every year always the same day.”

48 thoughts on “In Uttarakhand, where God was born”