How Iranians are welcoming current Iran tourism boom, or an ode to Persian pride

[grwebform url=”https://app.getresponse.com/view_webform_v2.js?u=SGyov&webforms_id=10824305″ css=”on” center=”off” center_margin=”200″/]You know you are being introduced to an Iranian because the first thing they deliver a poem of their beloved Hafez, and secondly because they ask you what you think about Iran. You might think they do this because after years of little to no Iran tourism, now they finally want to monetize the newly developing business, and partly it can be correct, but most of all, you just made your first encounter with genuine Persian pride. 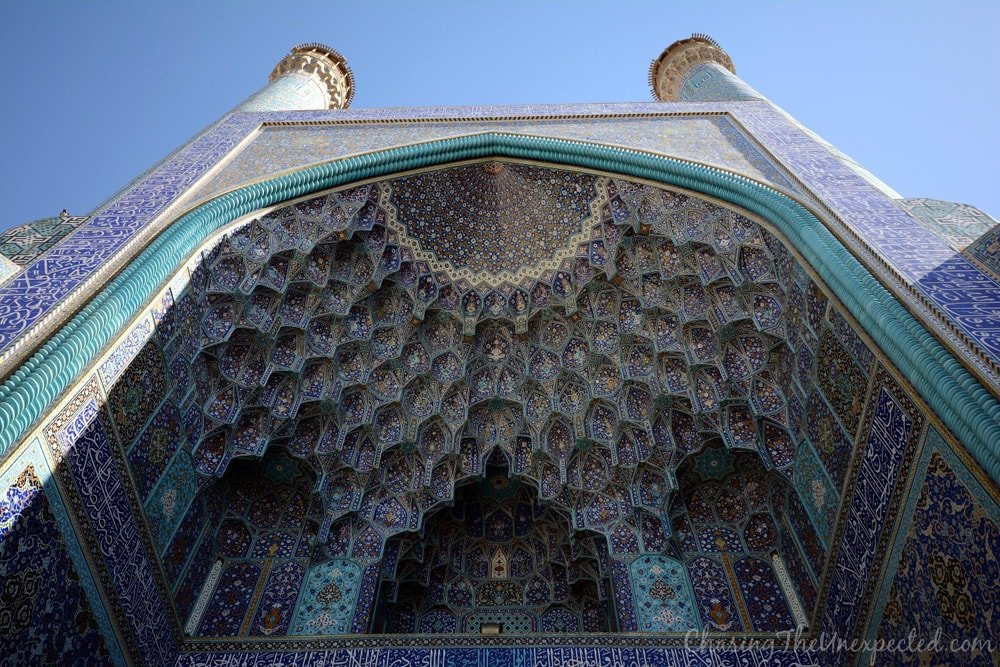 Isfahan’s Imam Mosque as one of Iran tourism main landmarks

Iranians are possibly the people that most of all like to show off their culture, and now that a historic nuclear agreement has been finally signed and the imminent lifting of the sanctions announced, the Iranian government is looking at attracting some 20 million tourists by 2025, and tourism boards are all about shameless bragging.

Official clerks, however, are not the only ones playing a role in this: the legendary local sense of hospitality meets the foreign, and all Iranians are eagerly participating in boosting this relatively new aspect of their economy through unofficial campaigns on all social media.

Founded by Ali Araghchi, the first and possibly most famous of these campaigns is Must See Iran, known and widely seen through the hashtag #mustseeIran that’s raging all over Twitter and Instagram with whopping 100k followers. As of now, it counts some 80 between cities and provinces throughout the country, covering different aspects of Iranian society from the typical cuisine, religion, and art, and coming also in different languages such as Turkish, Russian, Italian and obviously Persian, alongside the English account.

“Must See Iran campaign is a gift from the Iranian people to all social media users around the world, we invite foreigners to visit our beautiful country, Iran,” told me the obviously proud Ali Araghchi.

Just like Italy, Iran is one of those countries that can be a popular tourist destination all year round, any season and, given the rich cultural heritage, diverse natural landscape and great culinary tradition, any province, all making for a perfect holiday haven. Of course, Iranians never had any doubt about it, and now that tourism in Iran is fast developing and the country is opening up to many nations worldwide for all types of business and exchange, they are all about fulfilling the stereotype of great hospitality and opulent culture.

Alongside Must See Iran, all throughout Instagram, Twitter and Facebook, many are the other unofficial campaigns that see private users, photographers, writers, bloggers and social media experts actively promoting Iran tourism and providing a more trustworthy information channel on the Islamic Republic, such as Real Iran, The Iran Project and Everyday Iran with plenty of beautiful pictures of Iran’s landscapes, architectural wonders and daily life.

Dream of Iran is another website by a tour guide, Madi Jahangir. “What I wanted with my blog,” she told me, “was to highlight places in Iran through my own experiences and those of other travelers who pioneered exploring my country.”

Call it nationalism, reminiscence of the Safavid period, full awareness of their some 5000-year-old history that entitles them to demand anyone’s respect, or just plain pride, this is possibly the Islamic Republic’s most striking feature in all aspects of the society, from its relations with other countries up to the recent Iran tourism frenzy. And for the rest of the world, it’s just about time to discover and enjoy Greater Persian and modern Iran.

Iran is no easy destination, if you don’t feel confident enough to organize your trip by yourself you can rely on experienced and reliable G Adventures and book their 14-day Discover Persia tour to visit all the must-see places if you are traveling to Iran for the first time such as Tehran, Shiraz, Isfahan, and Yazd. Highly recommended.
Click here for more details on availability and latest prices.

18 things to know before you travel to Iran

Persepolis and Pasargadae, a glimpse into Iran’s glorious history

Reaching Half of the World in beautiful Isfahan, Iran

Catching the wind in Yazd desert city, where the Zoroastrian fire still burns

Iran souvenirs: the ultimate guide for shopping in Iran

The open wounds of Iran’s Khuzestan

Exploring Rome like a tourist with Marco Polo Guidebooks

Dreaming of peace: Interview with Hamed from Afghanistan

Mah Card: The Iranian Debit Card For Tourists To Avoid Carrying Too Much Cash

Top 12 Things to Do in Shiraz, Iran’s City of Poets and Nightingales