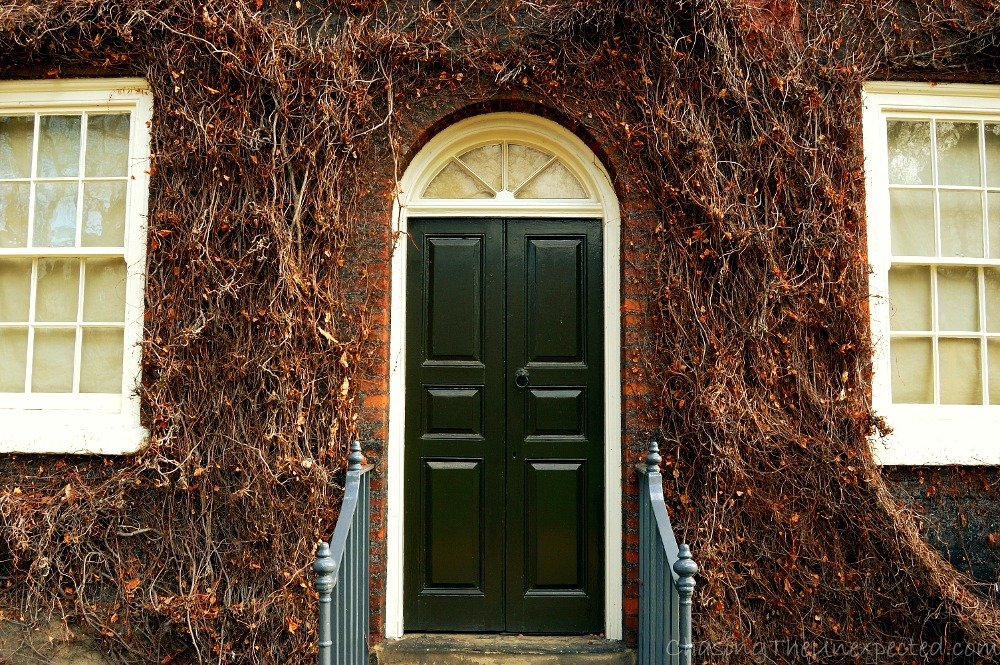 Imagine an inlaid wooden table with a porcelain tea set comprising of pot and tiny cups with around wooden chairs of the same style as furniture of a simple room decoration. Now picture busy women rushing their just-made warm cookies and pouring the adored hot drink coming from the exotic Orient to gown-clad ladies squeezed in their corset and ready for an afternoon spent chatting, sipping tea and gossiping. Politely, obviously, because in former Elizabethan London‘s parlours and drawing rooms making yourself agreeable to others was crucial, and confrontation and extremes of opinion were not appreciated. I’m only guessing here, but probably Italian dining rooms at the time were way more chaotic and loud, not only being extremes of opinion allowed but confrontation encouraged. I guess good habits are always die-hard.

As I had done most of the mandatory sightseeing when I lived in the UK capital, this time I wanted to visit some lesser-known places, those that still allow you to enjoy the small things and realities that get you under the skin of a place more than its tourist draws.

From the entrance, the Geffrye Museum felt different. It was like I was peeking into Londoners’ private space and habits in the past four centuries. As the Museum organisation itself put it: “The Geffrye Museum is devoted to the history of the home, showing how homes and gardens reflect changes in society, behaviour, style and taste over the past 400 years.”

READ MORE: Check out our guide to the top things to do in London.

The premises where now lies the museum were originally almshouses, providing home for the elderly poor. They were founded in 1714 after wealthy London merchant Sir Robert Geffrye left part of his estate to the Ironmongers’ Company, which built the houses in his name. Around fifty pensioners lived there, each of them having a room for themselves. As the 19th century came, along with all the effects of the Industrial Revolution, Shoreditch became a highly populated area and a center for industry, and almshouses always more hemmed in by tenement houses. In 1912 pensioners were moved to new buildings outside London and in 1914 the Geffrye Museum was inaugurated with the aim to preserve the big garden, a rarity those times in Central London, and to focus on domestic interiors.

Odd enough and yet another proof of the changing times, this glimpse on proper British life, before the migration waves, or at least before migrants became fully part of the British society, is located in Shoreditch, one of London’s most cosmopolitan districts, just beside Brick Lane, or Banglatown, as it’s known today due to the huge Bangladeshi community populating the area.

As soon as I entered the place, I was greeted by a Chinese young man, who showed me the way towards the beginning of my journey: 17th century Britain. Ancient parlours, where “a polite behavior” was strongly recommended, and quiet drawing rooms, meaning “withdrawing rooms” where people would withdraw after dinner, seemed ready for its residents to come in and start having tea or playing cards.

From a 17th-century pretty simple, monochromatic furniture and poor decoration, the rooms and the domestic life of increasingly affluent English urban middle class, whom this museum is devoted to, have changed with time, adding new materials, colors and patterns. Throughout the centuries, objects and products started coming from different parts of the world, such as porcelain from China and rugs from Turkey. Without showing the whole house, the exhibition focuses on the living room, where the family gathered for their common activities together and guests were welcomed. It all looked very much “Jane Austen” style.

Times of big changes within the British society, along with the Industrial Revolution (or because of it) came about a new layer in the social scale, the “middling sort”, as they were known, a class that placed itself between the aristocracy and the manual workers. Mainly found in occupations such as business, trade, manufacturing, but also in professions such as law, medicine and finance, this new middle class quickly imposed itself as one of the most affluent (and influential) in the country, to the extent that by the 19th century they inspired a new shaping of Victorian values and morality. The Geffrye museum strives to show how the development of their tastes and values corresponded to a development in their personal and cultural identity, and after a stroll in its rooms, I think it delivers quite well.

Middle class houses were usually very busy, with relatives, servants, journeymen often living together as well as customers and business partners stopping by, since work and private space, family and business were always very close and intertwined, and aptly arranged marriages to connect two families and safeguard the respective businesses became commonplace.

Usually panelled in oak, wood was the main material used in house furniture, giving the typical warm and cosy atmosphere that today many homes miss. A large table dominated the center of the drawing room, and a set of stools in the same style were placed around it. The quiet and elegant ambiance of these parlours was aimed at inspiring polite social activities, such as having tea and conversation with guests and relatives. Still the busiest area of the house, most meals were eaten here, and most of the times relatives, customers and business partners joined the household members.

“Neat and not too showy”, refined yet simple and tidy were key to the respectability of the room and consequently of the household. With time, lighter coloUrs and simpler decoration became the main features of the furniture, the higher demand of which was at the origins of the increasingly busy manufacturing industry.

READ MORE: Organising your trip? Check out the great tips of our London journey planner.

Obviously, as modern times advanced, also modern technology started to appear, so house members began to enjoy the benefits of electricity, central heating systems and in the 1950s-60s entertainments such as the television, which I’m not sure provides a better entertainment than personal relations and family gatherings, but we all know how things tend to develop.

As used as I am to see multicultural London and ignore its more British soul, I found this stop at the Geffrye Museum a totally new experience for me. Enriching, educational, for sure culturally enlightening, but short-lived. It took me, in fact, a fraction of a second after exiting the old-fashioned premises to plunge back in one of the most cosmopolitan scenes in Europe.

For the nostalgic, this is a real treat, for architecture and history buffs a revealing look into the past, for me, a precious chance to see London with different eyes.

2 thoughts on “At the Geffrye Museum, peeking into Londoners’ private space”