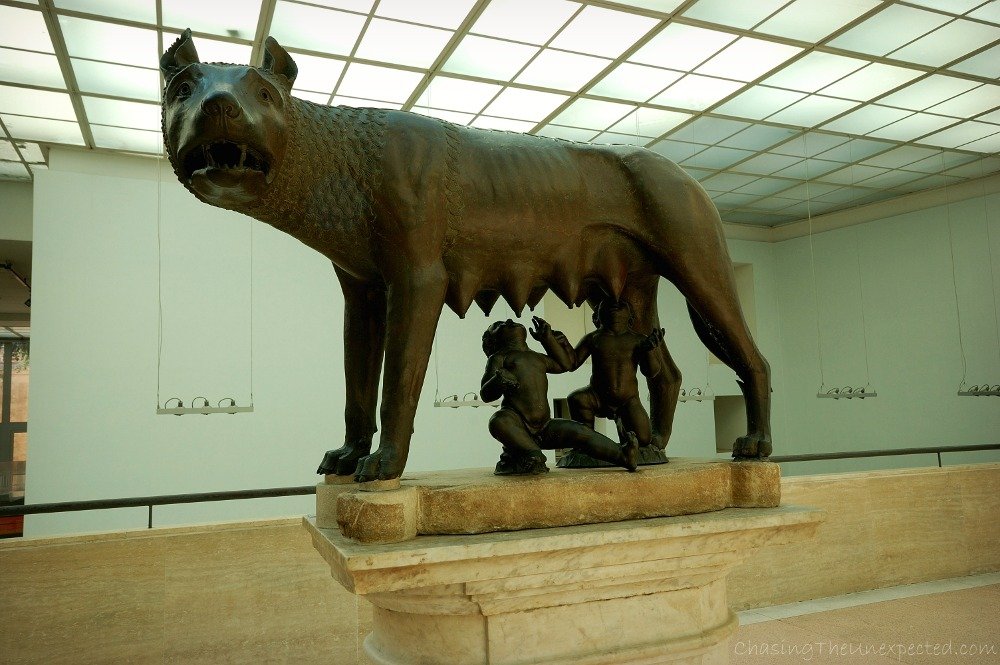 Many people gape at Rome’s monuments, their authenticity makes it incredibly easy to picture toga-clad muscular men busy organizing naval battles at the Colosseum, but how many have wondered how all this started?

To make sure Rome’s foundation sounded as grand as its present and future, historians, writers, and poets back in the BCs produced eternal works on it.

As many might have guessed, the greatness of all things Roman started in Greece, with Aeneas, the hero of Virgil’s Aeneid. Son of goddess Venus, Aeneas fled the sack of Troy and went to Italy, with a brief stop in Carthage, just in time to make the queen Dido fall in love with him and then kill herself when he’s forced to leave by Fate and Jupiter.

Once reached Cumae, in Italy, Aeneas summons the Cumaean Sybil who directs him to the Underworld where his dead father Anchises reveals to him that his destiny is in Rome. In Lazio (Latium), Rome’s region, Aeneas is welcomed by the king Latino and especially by his daughter, Lavinia. After winning a duel with her arranged fiancé Turno (you didn’t believe he could lose, did you? I didn’t think so), Aeneas marries Lavinia and founds a city named after her, Lavinio.

Thirty years later, Ascanius, Aeneas’ son also called Iulius, founds yet another city, Alba Longa, where his descendants ruled for generations until the king Numitor got overthrown by his brother Amulius who, among the other things, forced Numitor’s daughter, Rhea Silvia, to become vestal sworn to chastity in order not to be able to have children and give birth to a potential pretender to the throne.

However, Amulius didn’t really consider everything.

In fact, the god Mars fell in love with Rhea Silvia, and nine months later she gave birth to twins Romulus and Remus. King Amulius, as soon as he heard the news, ordered to kill the twins, but the servant in charge couldn’t do it and left them on a basket on the shore of the Tiber river.

After floating along for a while, the basket stopped near the Campidoglio, in the area where today lie the Fori Romani, and the twins were rescued and fed by a wolf that had heard them cry. This is the wolf in the picture that still lies in the Musei Capitolini in Rome’s Campidoglio, just where the twins were found.

Once adults, Romulus and Remus went back to Alba Longa, killed Amulius and put their grandfather Numitor (amazingly still alive and strong enough to rule) back in power.

Once Numitor is at the head of Alba Longa again, since the two nephews didn’t want to rule there at least as long as he was alive, they received permission for founding a brand new city in the place where they grew up. Romulus wants to build it on the Palatino Mount and call it Roma, while Remus prefers the Aventino and wants to name the new city Remora.

Here we only know for sure that Remus died, but there are many accounts on the how. He did die at the hand of his brother, but we are not sure if it was within a normal fight or cheated by him. Any way it happened, Romulus won, founded the city of Rome and became its first king.

All these volumes, writings, books, stories, adventures and years of study in school, just to let everybody know that the dynasty of Rome’s kings (Gens Iulia, from Iulius, Ascanius), of which belonged also Iulius Ceasar, has divine origins. Romolus was the son of the god Mars and Ascanius the nephew of Venus, nonetheless.

Did you really think today’s marketing tricks were so original? Looks like ancient Rome has left us more messages than we might think.

Why is the wolf the symbol of Rome?

There are many theories as to why the wolf is the symbol of Rome. Some believe that it is because the founding fathers of Rome, Romulus and Remus, were suckled by a she-wolf.

Others believe that the wolf represents strength, power, and courage – all qualities that the Roman people admired. But for reasons we do not fully understand, the Romans chose a wolf as their symbol.

And though we may never know for sure why they made this choice, it remains an important part of Roman history and culture nonetheless.

What did the Romans think of wolves?

The Wolf was an animal of great cult status and was well established in the memory of the ancient Romans. It often influenced the history of Rome, was a respected animal, associated with religious rites, and his motif was often used by Roman writers.

The Wolf was a highly respected animal in ancient Rome and played a significant role in the history of the city. The Wolf was a sacred animal to the Romans and was often seen as a symbol of strength and power.

The Wolf was often used as a motif by Roman writers and artists, and his image appeared on many coins and sculptures. In addition, the Wolf was believed to have special powers and was invoked in many popular sayings and proverbs.

Was Rome founded by wolves?

According to tradition, in 753 B.C. Romulus and his twin brother, Remus, found Rome on the site where they were suckled by a she-wolf as orphaned infants.

As the legend goes, Romulus killed Remus in a fit of anger and became the first ruler of Rome. This founding myth helped to cement Rome’s status as a powerful empire, and for centuries it was used to legitimize the rule of the Roman emperors.

In recent years, however, historians have cast doubt on the veracity of the story. Nevertheless, it remains an important part of Roman history and culture.

Did Rome have wolves?

It’s been a long journey for the wolves, but they’re finally home. For decades, they were hunted down and driven to the brink of extinction in Italy and elsewhere. But now they’re finding their way back and settling in Rome with its 2.8 million inhabitants.

It’s a remarkable turnaround for an animal that was once so feared and persecuted. Today, the wolf is an important part of the city’s ecosystem, and its return is a sign of hope for the future of Rome.

What is Rome’s national animal?

The Italian wolf has been a prominent figure in both Latin and Italian cultures for centuries. According to legend, the city of Rome was founded by a pair of brothers, Romulus and Remus.

As infants, they were abandoned in the wilderness and raised by a She-Wolf. The brothers eventually battled for control of the city, with Romulus ultimately emerging victorious.

There are thought to be fewer than 2000 individuals remaining in the wild, making them one of the rarest and most vulnerable subspecies of the grey wolves. conservation efforts are underway in an attempt to protect this iconic species from extinction.

Did wolves raise Romulus and Remus?

The myth of Romulus and Remus is one of the most famous stories from Roman antiquity. According to legend, the twins were suckled by a she-wolf or Lupa and raised by a woodpecker or picus before being discovered and cared for by a shepherd and his wife.

As they grew older, the twins became shepherds like their adoptive father. The story goes that they eventually decided to build a city of their own, but Romulus got there first and claimed the land for himself.

10 thoughts on “The Legend of wolf that made Rome possible”