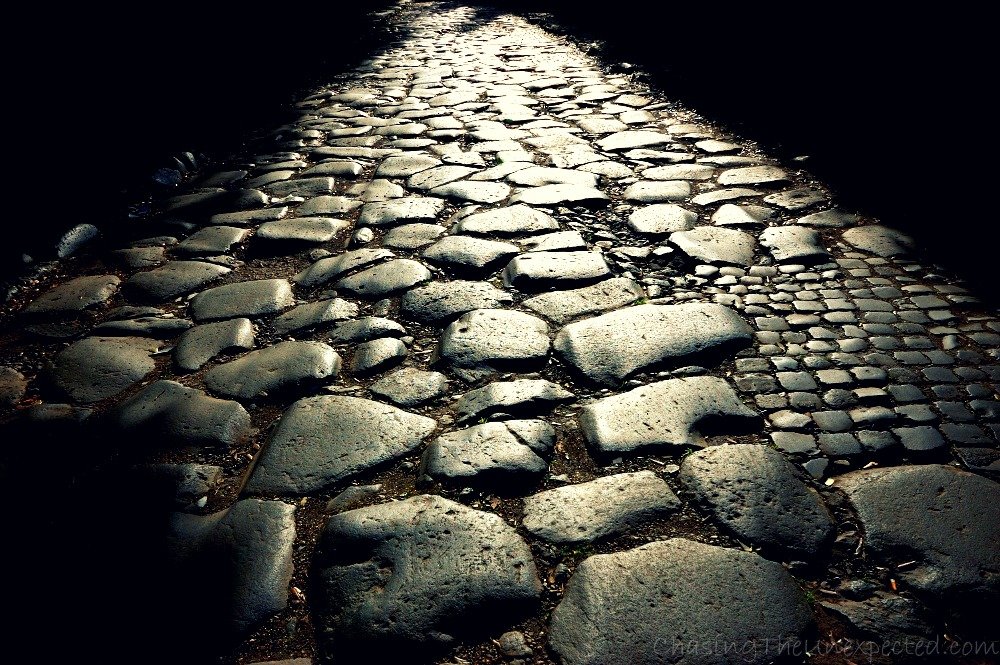 Someone said that to explore Rome a lifetime is not enough, and the more I explore the more I realize that probably nowhere in the world this thought can be more suitable than here. A great private Rome tour to explore its lesser-known landmarks and districts is

If this is not your first time in my travel blog, you sure know how much I love ancient history or history in general for that matter. I always find it very fascinating to picture ancient times, people, customs right where I find myself walking in that particular moment, and when I took the Rome As A Local: Hidden Gems and Ancient Wonders tour with Walks of Italy I was excited because the itinerary included places I hadn’t visited before.

Celebrating true Roman grandeur, the tour couldn’t have a better start than the Circus Maximus, the real deal when it came to leisure activities, merrymaking and social events in imperial times. Today probably less eye-catching than mighty Colosseum, Circus Maximus, 600 mt long and 140 mt wide, and with a capacity of 250,000 spectators, was the best place for shows and games. Today is a large field where people go jogging, walking their dog and relax, and where the main free concerts are held. I do have fond memories of the Circus Maximus, when I was in uni I went to a concert starring lovely Alicia Keys (spectacular on stage), Italian Andrea Bocelli and the great Carlos Santana, among other big names.

Our tour carried on on the Aventine Hill, where we stopped at the headquarter of the Knights of Malta, the last remnants of the Knights Templars, those persecuted and pretty much eliminated by Philip the Fair who, apart from being suspicious of their increasing power, was also very much in debt with the influential and rich monks. On this hill, there is also the lovely Garden of the Oranges, with a beautiful view on the Tiber, and Santa Sabina basilica, an early Christian church definitely worth a visit. From outside the Templars’ mansion, Mike revealed a little gem, peeking through the keyhole, where a gorgeous surprise will appear before your eyes, the Cupola of Saint Peter’s basilica straight ahead. I absolutely loved that, and I’m definitely going back and bring any friend who will come visit me in Rome.

After this pleasant surprise, we were off to the Queen of all Roads, the famous Appian Way, where we got to step right where our beloved ancestors used to walk and drive their carts. Walking along the Appian Way, even though for 50 meters, is an experience everyone in Rome should have, to feel the atmosphere and the life of one of the most studied empires in history. Here you can also visit Cecilia Metella’s mausoleum, the burial chamber of a Roman noblewoman built with the majesty that an influential family was always supposed to brandish.

Next stop, Acquedotto Claudio, the Park of Aqueducts, a huge aqueduct of paramount importance for the city of Rome and of which we can still see a good part. While the Colosseum has been listed among the wonders of the ancient world, and many other monuments and places in Rome attract a significant number of tourists daily, Claudius’ Aqueduct is actually to be considered more important than most sites in the Eternal City due to its very raison d’etre, which involved serving the people in their daily life, providing possibly the most essential goods of all, water. As Mike told us, even Roman poet Svetonio considered this construction more important than any other with more entertaining goals.

After a quick overlook of the gorgeous Caracalla Baths, only a short walk from the Circus Maximus and in my opinion not popular enough among foreign tourists, we headed to our last stop, the Janiculum Hill, right for noon, when Italian soldiers every day fire a blank cannon shot from the top (do cover your ears!) in remembrance of a massacre carried out in 1848 by the Vatican (that was ruling Rome at that time) against a group of students, carbonari, who started an uprising, echoing what was going on in all of Europe and laying the foundations for the imminent Italian unification (and end of the Vatican kingdom).

Being passionate of all things history, I knew I was going to enjoy the tour, and to my pleasure, not only did I visit places I hadn’t been before, but I also gathered new ideas for further research, which is mainly the reason why I take most tours. One of my favourite things about digging deep into a country’s past is, in fact, the chance to challenge common beliefs often stemmed from biased accounts.

This, one of the bits I learned during the tour, is the case of infamous Roman emperor Nero. Mike mentioned briefly that Nero certainly was a bizarre character, but often victim of unjust attacks and the good he had done to the people has never been reported by his peers, especially because writers at that time usually worked for and were funded by the Senate, which was against Nero for his policies aimed at giving more rights to the people compromising patricians’ privileges.

While this was a passing mention, it was more than enough to spark my curiosity, so I went to delve into the emperor’s life, deeds and achievements to find that, believe it or not, he was loved by the citizens more than by the noble class, that clearly had the means to leave to posterity their version of facts.

I’m fully aware I can’t be every day on a tour, but even though I live in Rome, I’m never tired of exploring the city. For the quality and the enthusiasm of the guide, I recommend this walk without hesitation.

For more info visit Walks of Italy website, and follow them on Twitter @WalksofItaly, on Facebook.com/walkingtours. And of course, let me know your impressions if you do it!

4 thoughts on “Walking the Appian Way, Queen of the Roads, with Walks of Italy”