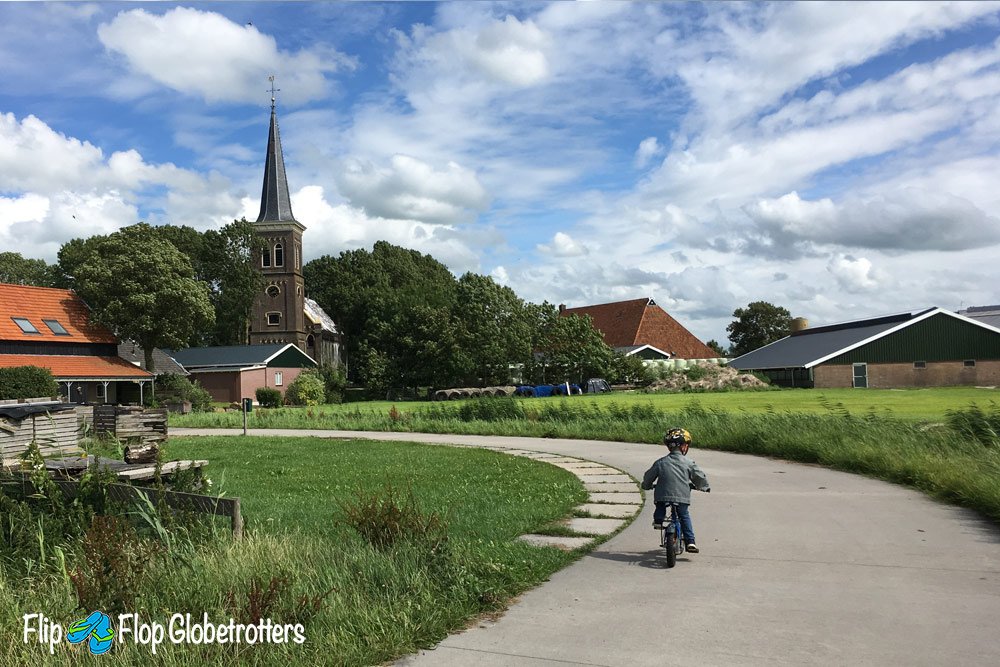 There are plenty of reasons to visit The Netherlands. And due to budget airlines like EasyJet, it’s cheap to get to Schiphol Amsterdam Airport from most major European cities. So why not plan a visit to the land of clogs, windmills, tulips, and cheese? Here are 10 reasons why you should visit this small but diverse little country and carve out at least 3 days to explore Amsterdam and its surroundings.

Why you should visit The Netherlands now

While you can see flower fields in other places, the Dutch tulip fields and the Keukenhof are world-famous. Did you know that the Keukenhof showcases over 800 varieties of tulips? For two months each year, it’s the most beautiful spring garden in the world, an amazing 32-hectare flower sea of colors. Definitely a once-in-a-lifetime experience. Mid-April to mid-May is by far the best period to visit the Dutch tulip fields.

There’s more to The Netherlands than Amsterdam… really! Amsterdam is iconic, but Holland has a lot more to offer. From the flat and green agricultural area in the North and the coastal provinces of Noord-Holland, Zuid-Holland and Zeeland to the flowering hills in the exuberant South. Discover quaint little towns such as the fortified town of Naarden, car-free Giethoorn (the Venice of Holland), the famous mussel fishers of Yerseke or traditional fishing village Urk. The historic city of Haarlem, only a stone’s throw away from Amsterdam is also a great place to visit.

Tack into Stroopwafels & other Dutch snacks

It may a bit of a struggle to find traditional Dutch dishes. You’ll usually not find ‘stappot’ on any menu outside of the bigger touristic cities. When the Dutch go out to dinner, they want something special, not the regular food they eat at home. But Dutch snacks are everywhere! You should definitely try ‘stroopwafels’ (a two-layered waffle like a biscuit with sweet syrup in between), traditional Dutch apple pie with whipped cream and poffertjes (miniature pancakes). The best Dutch savory snacks include the ‘kroket’ (deep-fried snack filled with meat ragout) and french fries with mayonnaise. The vending machines with deep-fried snacks at FEBO are a novelty for most tourists.

The bicycle is the most used form of transport in The Netherlands. 84% of the Dutch population owns a bike and often even more than one. There are 19 million bikes in The Netherlands! Since Holland is mostly flat, it’s easy to get around. An average Dutch person annually rides about 880km per year on their bike. For shorter distances, it’s usually faster to grab your bike than go by car, especially in the larger cities where parking can be difficult and expensive. Whether you enjoy urban cycling or discovering the Dutch countryside, riding a Dutch bike is a fun experience.

⇒ Traveling to The Netherlands? Check out this guide to 3 days in Amsterdam!

Lots of activities for your kids

The Netherlands is a fun destination to visit and very suitable for family travel. The relatively short distances make it possible to see lots in just a few days and the excellent railway system allows you to easily reach all parts of the country. Especially in the larger cities, you’ll find great child-friendly café’s with play areas for the kids, The Netherlands has a huge number of large zoos and amusement parks and most museums offer activities for kids. There are also some great kids’ museums in The Netherlands. Some cool examples are the Railway Museum in Utrecht, Nemo Science Museum in Amsterdam and the Children’s Book Museum in The Hague.

Most likely there aren’t a lot of people who don’t think of wooden shoes, windmills, and cheese when they hear ‘Netherlands’. Of course, there’s always some truth in stereotypes. Nobody but the occasional farmer wears clogs, but we do have a lot of windmills and tons of cheese. Literally. The Dutch produce 650 million kilos of cheese per year. Did you know the windmills are not just for show? Some are used for grinding grain, but most of them serve as water pumps to drain the ‘polders’. There are thousands of windmills in The Netherlands and a lot of them are national monuments these days. One thing’s for sure, windmills are excellent for very ‘Dutch’ pictures.

Learn about Dutch masters of art

Holland has produced many famous painters. Just think about Vincent Van Gogh, Johannes Vermeer, Jheronimus Bosch, Pieter Breughel, Rembrandt van Rijn, Jan Steen, Frans Hals, Piet Mondriaan and Karel Appel. The Netherlands has a lot of excellent museums, where you can admire both the Dutch masters and many foreign works of art. The Rijksmuseum, Stedelijk Museum and Van Gogh Museum in Amsterdam are the most famous, but don’t forget about the Van Abbemuseum in Eindhoven, the Cobra Museum in Amstelveen, the Kröller Müller Museum in Otterlo, the Frans Hals Museum in Haarlem and Museum Boijmans van Beuningen in Rotterdam.

It’s easy to talk to locals

Most Dutch people speak English and often some French and German too. Could it be any easier? Especially younger people will have no trouble understanding you and will be more than happy to practice their English. They might even speak some bits and pieces of other languages too. Definitely one of the reasons to visit The Netherlands.

Learn about its long history

The origins of the oldest cities in The Netherlands date back to the Roman Era. Over the years Holland was concurred and occupied by the Spanish, the Austrians, the French and in more recent history the Germans. The United or Dutch East India Company, formed in 1602, was a major international trade company. It’s often seen as the first true transnational corporation. This little country definitely has a long and interesting history. You can see a bit of history in most large cities in The Netherlands, they have some amazing historical buildings in their city center. In Haarlem, they found around twenty 16th century skeletons while digging to place underground waste containers in 2012. With each new development project more bits and pieces of Dutch history are unearthed.

Do plenty of long-distance walking

I bet you didn’t know you could do some serious long-distance walking in the Netherlands. The longest and most Dutch famous walking trail is the Pieterpad, which is 498km long. It runs from Pieterburen in the upper north of the province Groningen through the eastern part of Holland all the way to the top of the Sint Pietersberg (Mount Saint Peter) in Limburg. You’ll definitely see a whole different side of The Netherlands this way! A famous walking event in The Netherlands is the ‘Vierdaagse van Nijmegen’ a four-day march where participants walk 30, 40 or 50kms a day. It takes place every year around mid-July.