Emcetur, in Fortaleza a better use for a public prison 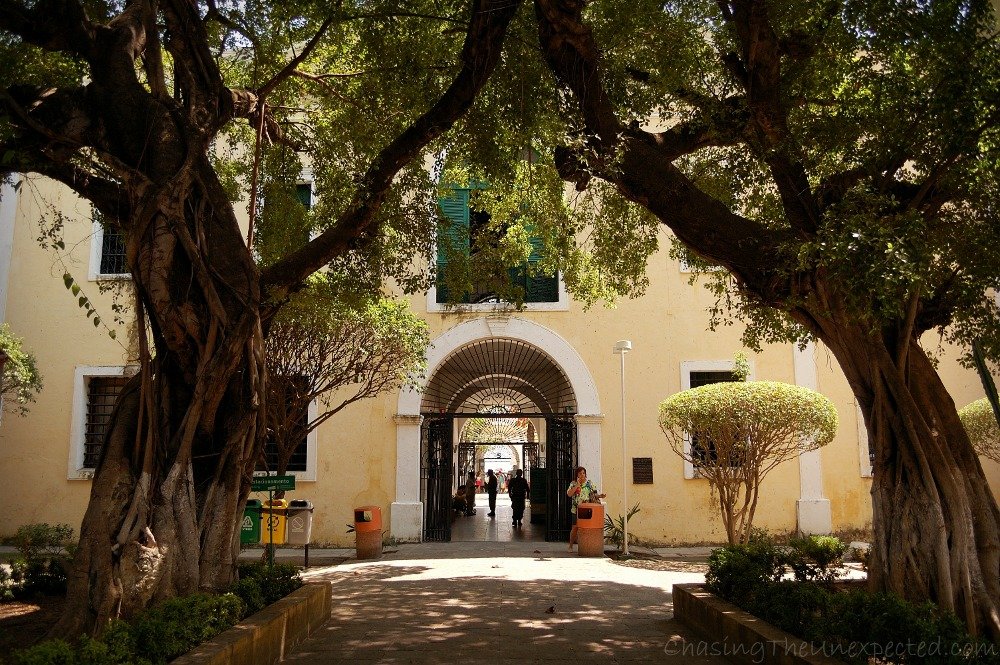 One of the entrances to Emcetur, Fortaleza Tourism Center 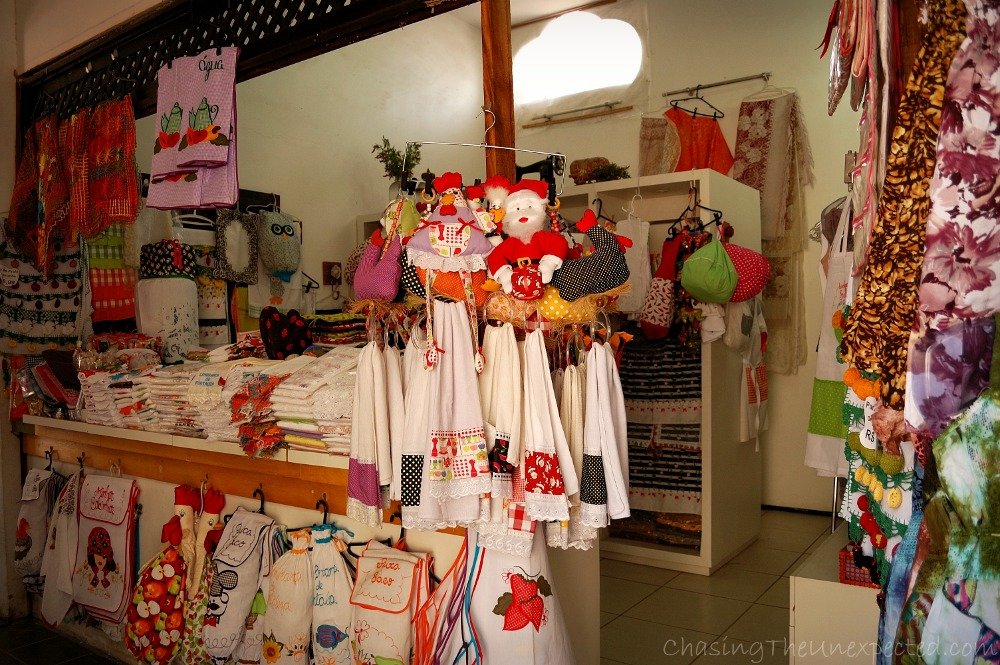 A former cell of Fortaleza prison, now a cute shop! 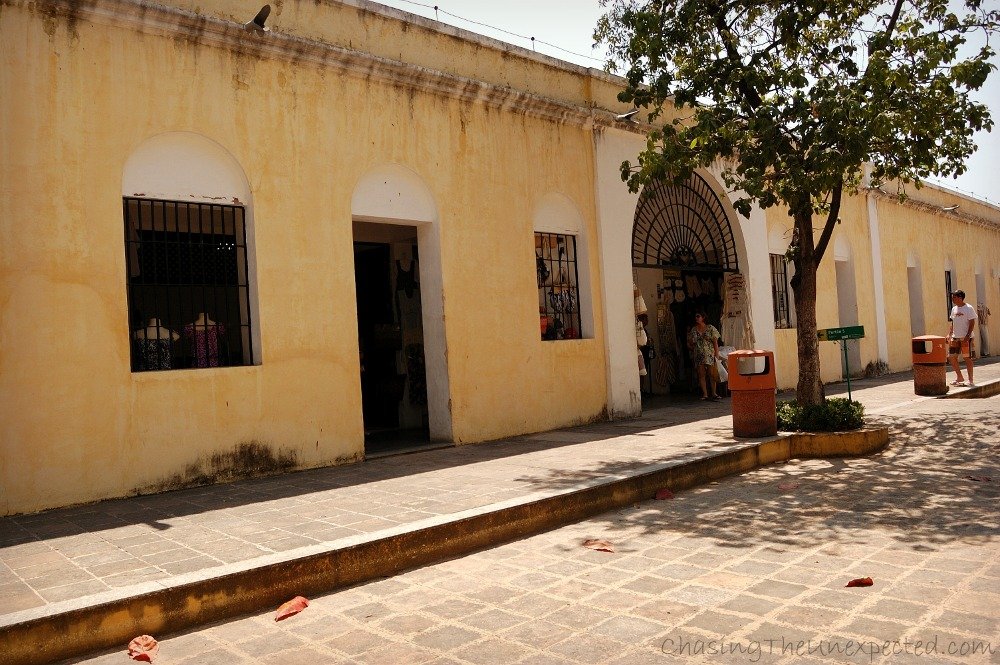 Emcetur building from its gardens 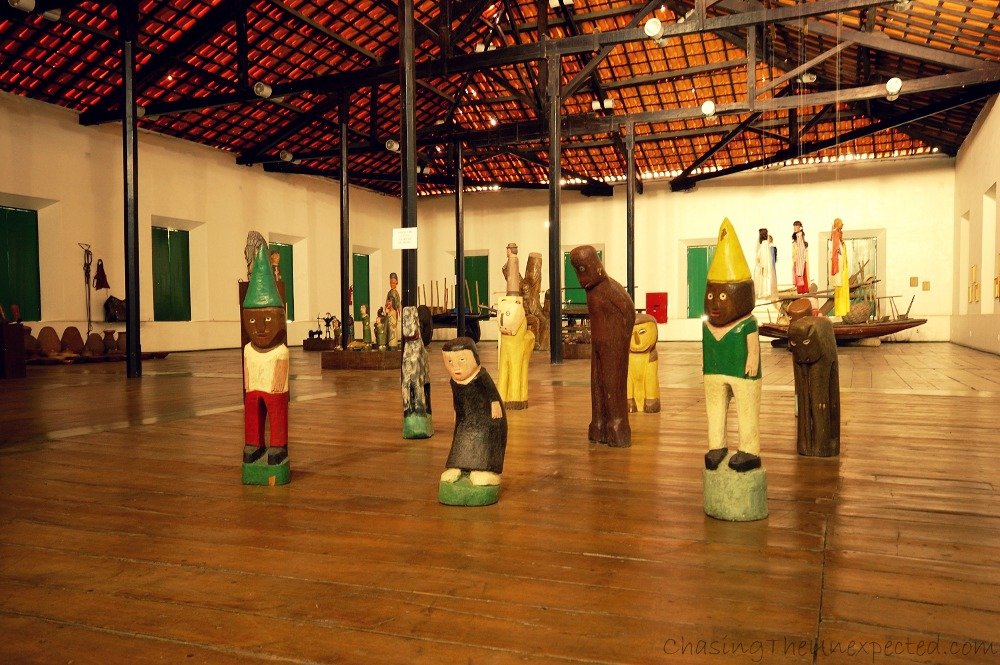 The Museum of Art and Culture of Ceara inside Emcetur 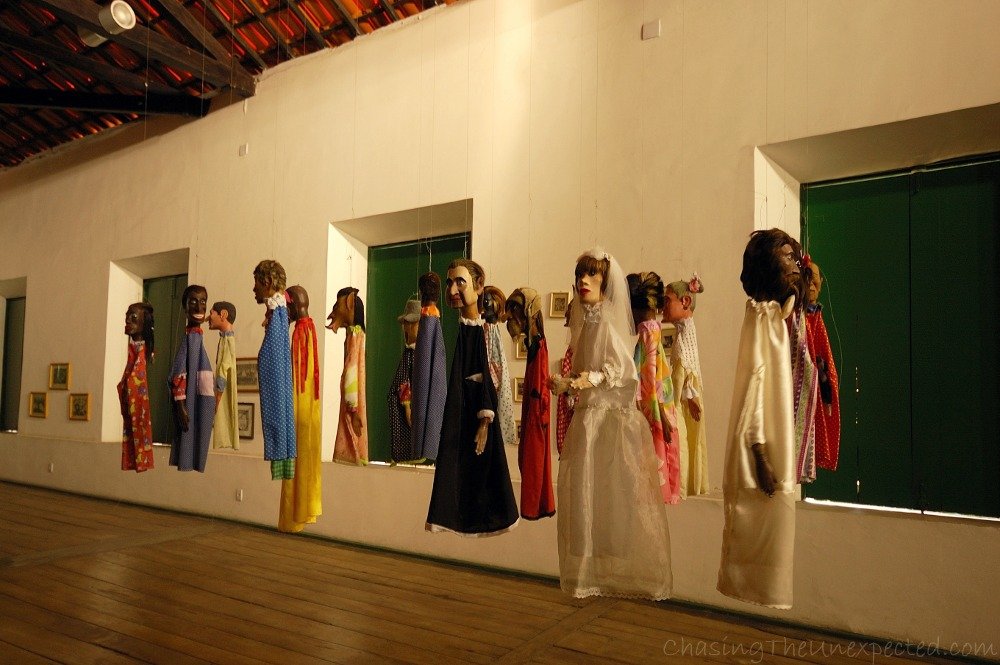 Puppets in the Museum of Art and Culture of Ceara 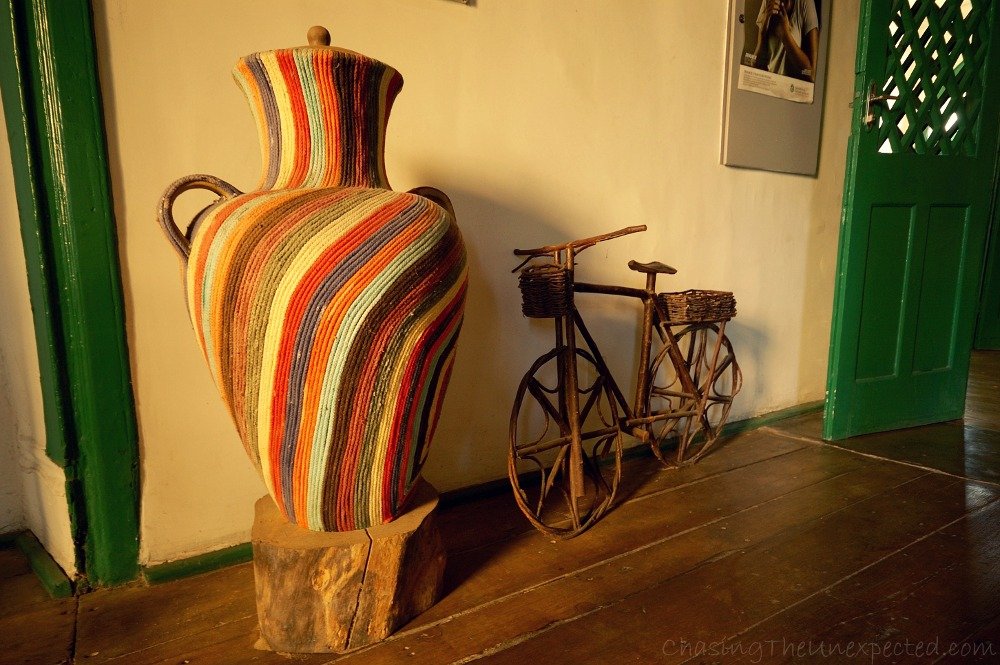 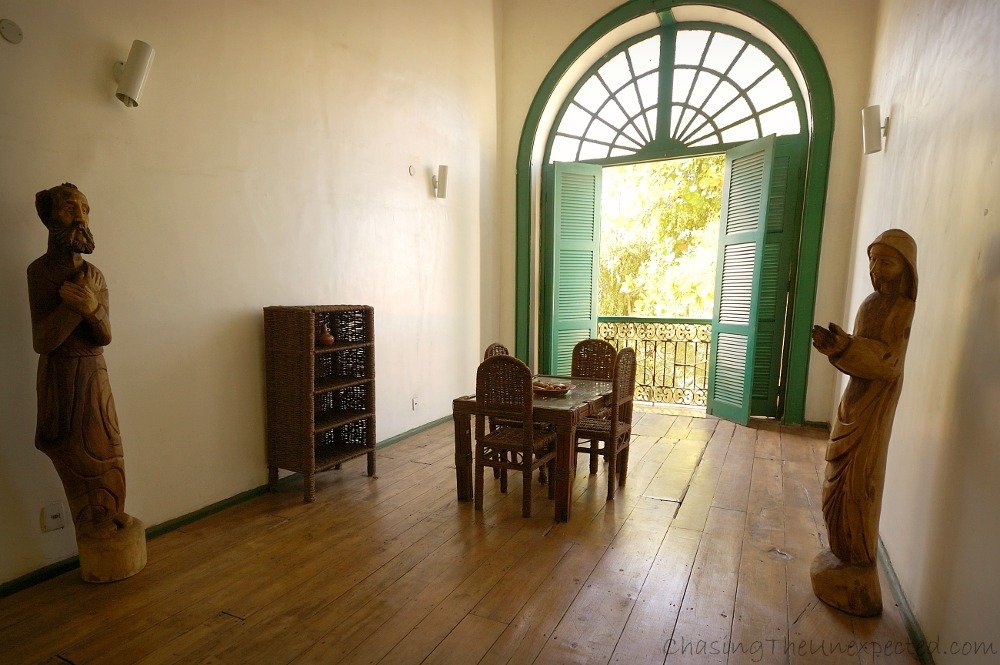 A hall inside the Museum of Art and Culture of Ceara, typical colonial-style door-window

It does look unusual for a market, but at first sight you probably won’t imagine this colonial building was created as the city’s public jail, nonetheless. Today Fortaleza’s Emcetur – Centro do Turismo, in Rua Senador Pompeu 350, hosts the Museum of Art and Culture of Ceara and a handicraft market mainly devoted to textiles. Along with Mercado Central, Ceart and the evening fair along Beira Mar beach, this is one of the best places where to buy local craft.

Actually, from here to Mercado Central is a not-so-long walk that I highly recommend if you are not in a rush. In fact, all the streets in between, like Rua Major Facundo, are dotted with fantastic little shops and stalls where you can find probably even more souvenirs than in the main markets themselves. Plus, there are street vendors selling for only 1 Real glasses of fresh coconut water, obtained with a lovely, seemingly homemade device that allows them to change the coconut as soon as it’s finished. The best hydrating, vitamin/minerals-packed, refreshing drink one can dream of when walking under Fortaleza scorching sun in northeastern Brazil.

Exploring Fortaleza and the natural beauty of northeastern Brazil

Dragão do Mar, Fortaleza’s center of culture, art and science

Mercado Central, a feast for the eyes in the heart of Fortaleza

Are you spending 3 days in Mendoza and are not sure what to do? Check out our great 3-day Mendoza ...

One Day In Istanbul – A Simple Itinerary

Ideally you would be able to spend longer than one day in Istanbul to fully explore this beautiful ...

Check out our best tips for an exciting itinerary of 4 days in Queenstown, New Zealand's capital of ...