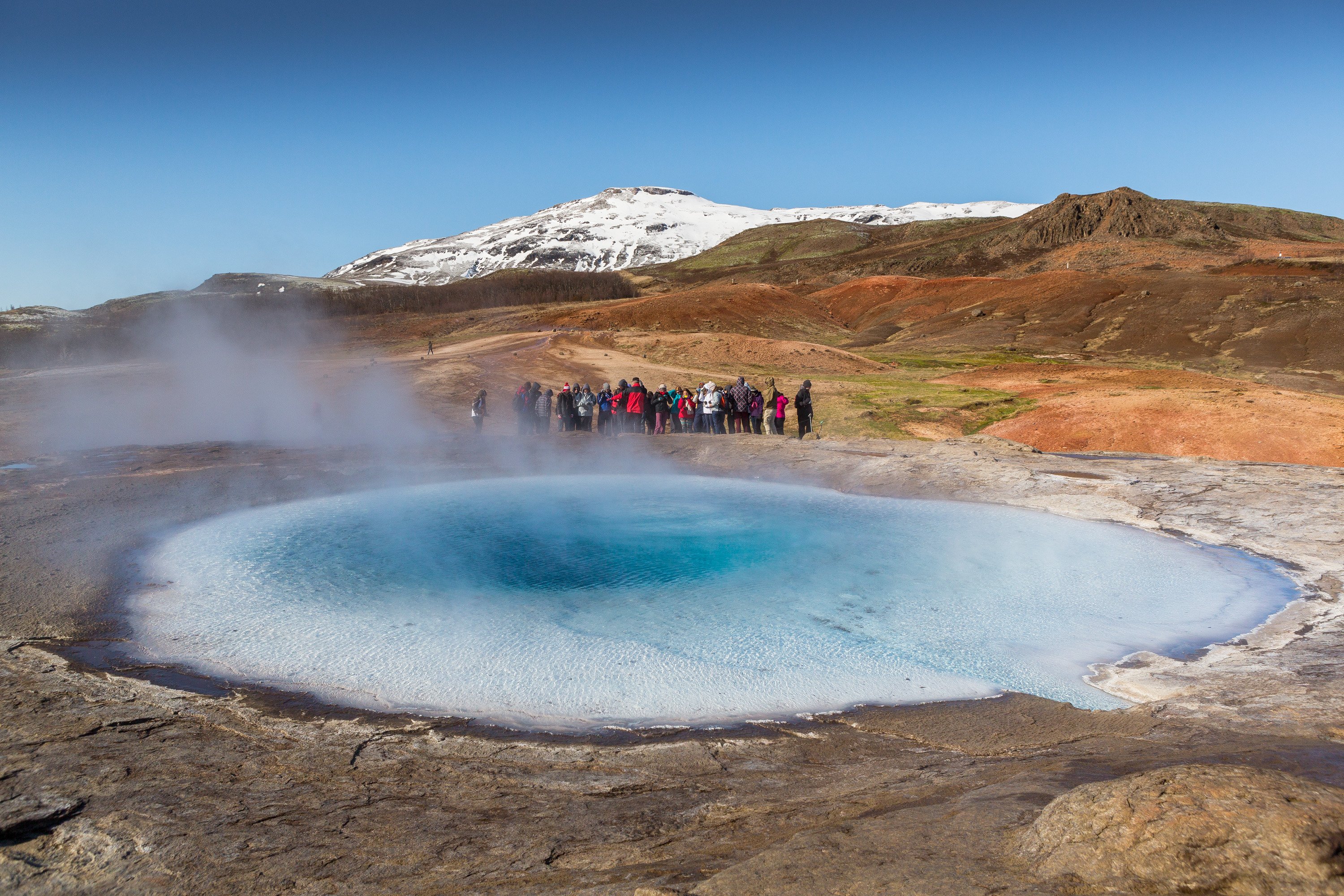 I won’t deny that despite having traveled a lot, there are still quite a few places on my radar. I have been wanting to visit Iceland for a while now. Some eight years actually, when a friend of mine told me one of the things she liked the most about her trip was elves’ furtive presence. I suspected Iceland was magical and my friend had just confirmed it.

Apart from that, I also have less uncanny reasons to want to travel to Iceland. If you share this dream of mine, read on and let me know what are your reasons!

My top 6 reasons to visit Iceland

Whenever I will visit Iceland winter time, the very first spot I’ll be heading to is a glacier. The view of a candid mass of ice standing conscious of its beauty in front of me never loses its allure.

I know, pretty obvious. However, in my defense, I can say that growing up beside the beach in the Italian island of Sardinia made white glacier landscapes look both fascinating and eerie. Such cold temperatures do scare me a little, but when the season comes, in my mind Iceland winter vacations are among the most tempting winter holidays.

Many are the glaciers in Iceland, the largest ones being Vatnajökull, located in the southeast of the island, and Langjökull, in the west, from where many other glaciers spread down the surrounding valleys.

I’m definitely not the only person to fall under the glacier spell. In fact, glaciers have served as set for many movies and TV series, from James Bond to Games of Thrones.

While my reasons to visit a glacier is to be immersed in nothing but white, face the cold by meditating and taking millions of pictures, my husband is all about understanding how can people fish in such a hostile nature, seeing wild wolves and eating the meals meant for cold temperatures.

2. To experience the contrast of natural elements

Glaciers and volcanoes, calm greenery and obstreperous waterfalls. Iceland’s nature is all about contrast. This, in fact, is one of the reasons the island fascinates me so much.

The glacier Eyjafjallajökull has hit the headlines all over the world in 2010 because its eruption blocked flights from and to Iceland for days. Even though this now is the most famous volcano covered by an ice cap, it’s far from being the only one. As a matter of fact, most glaciers in Iceland sit on volcanoes: the same Vatnajökull covers several volcanoes. Ice and fire, how about that for a nature of contrasts.

This is not the only contrast you can find in the Icelandic landscape, though. My husband is all about taking a dip in the geothermal pools like Skolaferdalag for a soothing therapy and to enjoy the contrast between the hot water and the freezing air outside. Alongside being the perfect place to relax after a long day, pools are also an important aspect of the local culture, so all the more interesting.

When I was in school, geysers never failed to make it to geography class. According to National Geographic, geysers are a “kind of hot spring that is under pressure and erupts, sending jets of water and steam into the air.”

A rare natural phenomenon, it happens in a few places on earth, usually near active volcano areas. Strokkur geyser is one of the most reliable as it erupts around every 10 minutes reaching 30, sometimes 40, meters, so it’s always popular among tourists. It’s already on my list.

4. To see the Icelandic capital, Reykjavik

While its wild nature is the main reason for me to visit Iceland, also the capital is on my bucket list. Reykjavik combines dramatic natural landscapes and sights that let you delve into the local past. Cosmopolitan and stylish, Reykjavik is the place to explore Iceland history and culture visiting places such as the National Museum, state-of-the-art Hallgrímskirkja cathedral and the National Gallery. You can stay for a couple of days or even only for a layover.

Among Reykjavik’s most important museums, I wouldn’t miss the open-air Árbær, reproduction of an old Icelandic village, the Viking Maritime Museum, and the Icelandic Phallological Museum, a huge display of, you guessed it, penises, mostly animals’, but also elves’…

5. To get lost in the remote Westfjords region

After modern Reykjavik, when I visit Iceland I would love to stay also in remote villages. While capitals boast the main historical sights, it’s in small towns that local traditions are best kept. I’m sure all over Iceland villages have much to offer, but one of the regions I would like to travel to is the Westfjords. Remote and underpopulated, Westfjords has been defined as “the edge of the world” by CNN.

The region has always been sort of isolated from the other parts of the island, and so were its people, the reason why they kept their culture alive until now. Here, I imagine myself regenerated and relaxed, my husband, instead, is all about the local wildlife and hours of kayaking.

Did you really think I would miss the Northern Lights on my first trip to Iceland? Like some other northern European countries, also Iceland offers spectacular views of the Aurora Borealis. Despite their beauty, I’ve never been brave enough to venture to northern Europe during the autumn of winter. As winter is the best region to see the Northern Lights, this is also a reason to visit Iceland in March.

Now that also my husband wants to see them, I guess it’s time to book a trip and stare at the dazzling light show. While it’s visible from the same Reykjavik, the Aurora is best enjoyed far from the city lights and in the silence. Thankfully, in Iceland, there’s no lack of such a place.

2 thoughts on “My top 6 reasons to visit Iceland”