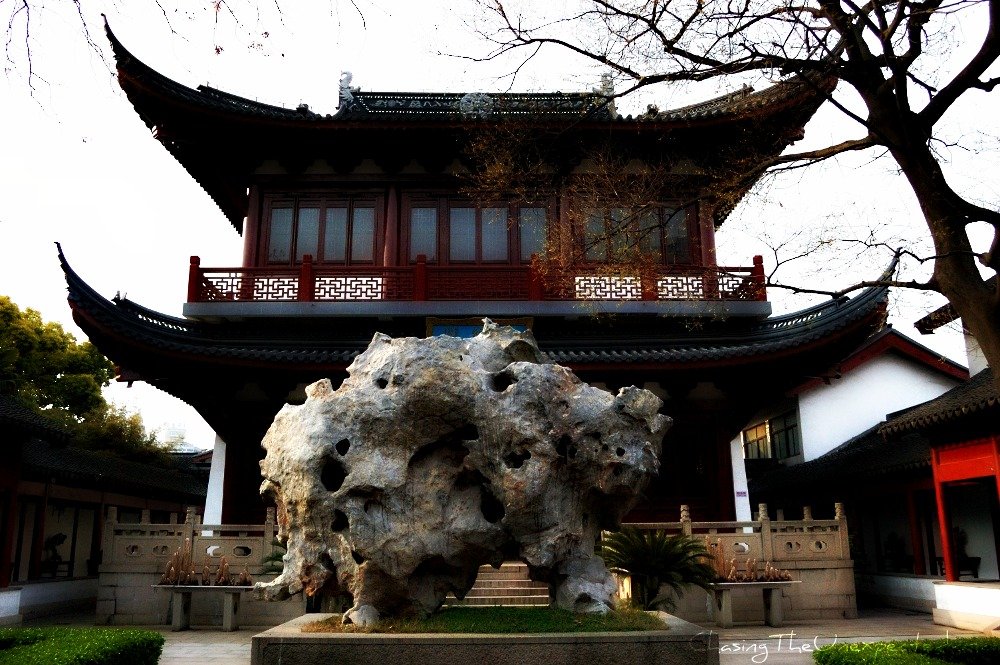 The Confucius Temple is one of the most fascinating places to visit in Shanghai. But what’s its purpose and raison d’être? Worshiping in Shanghai can assume very different facets. For a start, there is this sanctuary devoted to Confucius. And although his philosophy is to be admired and studied, he’s not really a god. However, in China, far from being a clerical state, they use the word “temple” with a wider meaning.

I loved it and would recommend without hesitation a visit to the Confucian Temple to whoever goes to Shanghai.

The beautiful Confucius Temple situated in Wen Miao Road (Wen Miao Lu, 文庙路), in Huangpu District, not far from Xintiandi, was founded with the purpose of studying Confucius philosophy. Moved to four different locations, in 1855 it finally ended up where it is now.

The temple is very big. Each of its areas is devoted to different activities: worshiping, studying, and completely immersing in nature surrounded by the typical Chinese gardening style.

In China everything is possible. So also every religion is possible, as long as it stays such, a religion, without the possibility to interfere in political matters. The most widespread creed is Buddhism, and the country is studded with temples.

History and Purpose of a Confucius Temple In Shanghai

Confucius’ philosophy has had and still has, a great influence on Chinese mentality and civilization. I’m a big fan of Confucius myself. I think his theories of constant contact with nature are among the most powerful and important men can follow in order to respect and preserve the planet. Hence a visit to a sanctuary devoted to him was for me absolutely a pleasure.

Built between 1292 and 1296 under the Yuan Dinasty, the purpose of Shanghai’s Confucian Temple was not only to worship the great philosopher but also to study and research his theories. In a period when the whole city was developing and becoming an important hub from a humble fishing village, the Confucian Temple became one of the main study centers in Shanghai.

Both during the Taiping Rebellion in the mid-19th century and the ten years of the Cultural Revolution (1966-76), the Confucian Temple was heavily damaged. Its reconstruction was finalized and made official in 1999, in honor of the sage’s 2550th birthday.

After passing the main gate, visitors find themselves in a wide courtyard before the temple itself. At the entrance of the temple, there is a big statue of Confucius along with a small area where they perform functions such as daily prayers, special festivities, funerals, or remembrance celebrations.

Inside, they decorated it with ancient (or ancient-looking) drums and traditional Chinese characters cover the walls. The worship area is just in front of another Confucius statue, with the typical cushion for the worshipers to kneel. It doesn’t really look like the typical Buddhist temple such as the heavily-decorated Jade Buddha Temple, also in Shanghai. I found it more modest, and definitely not with all the amount of flowers, fruits, and food, in general, I saw in other Chinese temples like in ZhouZhuang water town. That’s probably because it has always been only partly a temple, but more like a place for studying.

Facing the main temple, on your right-hand side, you will see the entrance to the part devoted to scholars and researchers, an area with the unmissable lake and pagoda to inspire peace and tranquility.The complex is a charming sequence of gates, pavilions, courtyards, pagodas, and luscious gardens. I loved browsing around the different halls, stumbling on statues, carvings, natural rocks in proper Chinese style, and traditional paintings.

How To Reach And Entrance Fee To Shanghai Confucius Temple

Address: 215, Wenmiao Road.
How to reach:It might be a little hard to find as Wen Miao Road is a very small street off the bigger South Xizang Road (Xi Zang Nan Lu, 西藏南路), but definitely worth it. The nearest metro station is Loaximen (老西门) on line 10 and it’s in a very central and vibrant area.
Entrance fee: 10 yuan.
Visiting hours: Every day 9 am-4.30 pm.