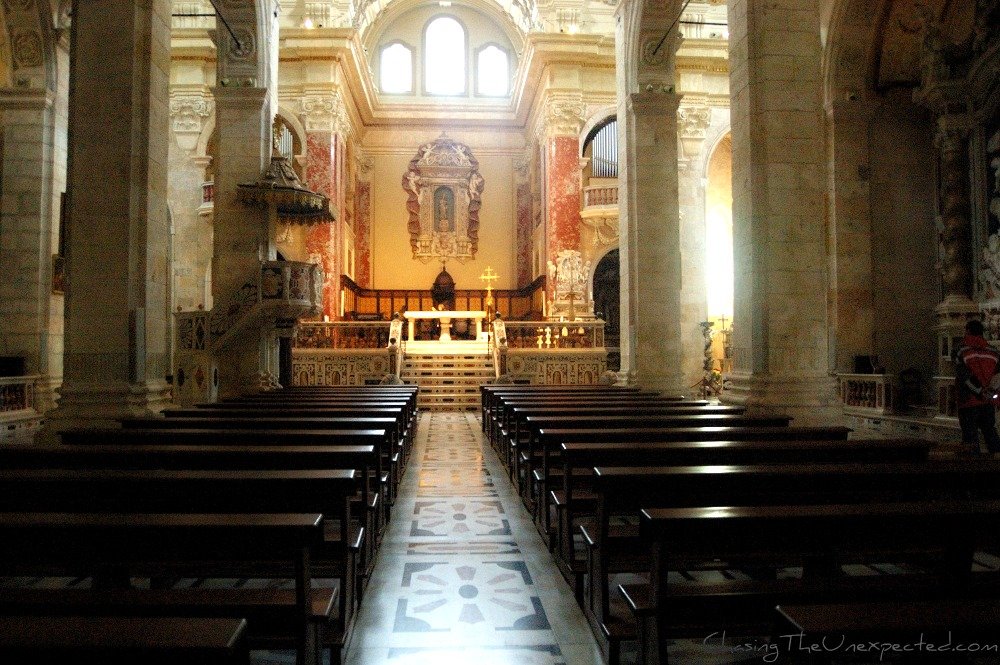 There are many places in the world that are known for their rich culture, oral traditions, and unexplainable facts that happen on their soil, and unearthing some of the most mysterious Sardinia tales and stories will get you deep into the soul of this Italian island rich in culture and primordial traditions.

I don’t know if it’s because I go straight looking for the quirky side of a destination, or because always more people try to reconnect with their origins, but I’m finding that almost everywhere natives like to indulge in mystery tales that inevitably have that sense of ancestral we need in order to understand where we come from.

Even if with fewer colors than countries like India, Europe, too, has its fair share of mystery, and my hometown, Sardinia, the big Italian island off Lazio’s coast, can be certainly included right on top of the list. Here, nobody is surprised when strange things happen. Natives not only strongly believe it, but they also like to remember them at night during some family reunion, in part to carry on with the oral tradition, in part to keep children from running too far by scaring them with stories of ancient monsters.

Apart from the tales of fantastic creatures, particularly popular in Sardinia are the legends involving real people and unexplainable events they experienced first-hand, the kind of stories the island definitely doesn’t lack.

Sardinia is dotted with nuraghi, Bronze-Age stone towers that in the prehistoric Nuraghic era were used both as a stronghold and as habitation. During the summer solstice, for about a week, in the nuraghe called “Aias” in an area known as Mandra Edera, near the town of Abbasanta, around noon the sunlight comes in through the open roof and lights up the interior of the tower.

If during this process a photo is taken inside the nuraghe, it would come out as negative, as the opposite of any other moment when photos would come normal. It has happened that a man was photographed during this particular moment, and the pictures showed not only his skeletal system like an x-ray but also that he had cancer. This person, in fact, died some months later.

According to some, there are other nuraghi around the island, especially in a region known as “Barigadu“, in central Sardinia, with the same properties, and the only assumption I’ve heard so far is that there are radiations on the stones of this area and that the very first natives of the island knew about it.

Haunting Souls of the Dead in Sardinia

Another unexplainable fact that increases the aura around mysterious Sardinia happened in a village near my hometown Ghilarza to a woman nicknamed Zuanna Surda, “Zuanna” meaning “Giovanna” and “Surda” meaning “deaf”, in the local Sardinian language. Every night, and sometimes daytime too, there was the noise of soldiers marching in her house.

Of course, being Zuanna deaf, she couldn’t hear them, but she could see her furniture shaking, while her son could hear them, and her small daughter even sees them parade. After the description, they understood they were German soldiers, and the elderly of the town remembered that during World War II, the village was a camp where German soldiers were based.

Her small daughter fell sick and soon died terrified. As it happens in Italy in these cases, the priest was called many times to bless the house, but since nothing worked, the house was abandoned and is still empty, as nobody wants to live in it anymore.

Mysterious Sardinia on the Day of the Dead

Heading northeast, a while ago yet another inexplicable fact happened, and it still makes people shiver. In many towns in Sardinia, there is the tradition, on the night between November 1st and 2nd, to leave the table set up and even prepared with food. This is because it’s the night of the dead, and the food is meant for the dead people of the family to have a meal.

This tradition is carried out in central Sardinia, in villages such as Sedilo, but not in the towns of Nuoro province. The morning of the 2nd of November 1987, the relatives of a woman who lived in Nuoro went to visit her, and since she hadn’t picked up the phone nor opened the door, they broke into the house, finding her dead on her bed. They also found the table all set up with plates, cutlery, and a prepared meal.

This woman, in fact, had heard about this quirky tradition that was used in many places, and although in her village nobody had ever done it, she got curious and wanted to try it for the first and obviously only time in her life. Still now her family and friends comment that she has participated herself in the meal she organized for the deceased members of her family since it was established that she died right after having prepared everything.

These are only some of the countless tales of this kind Sardinia’s oral tradition is rich of. Obviously, there can be scientific explanations for all of them, such as that the people involved dreamed everything, or that the woman who died on the night of the dead would have died anyway at the same time, but also these are hypotheses.

Natives are aware of mysteries happening in Sardinia and don’t even try to give a scientific explanation to such events, which contribute to enriching our already abundant oral tradition, and of course, retain the very useful effect of keeping children close to their parents during night-time family gatherings.

In Sardinia, so many festivals date back to pagan times, such as Mamoiada’s Mamuthones, and although they were all incorporated by the Catholic religion, they still keep their ancestral sense of a connection with Mother Nature, exactly like our predecessors meant them to be. Like the festivals, also our oral tradition relates to its pagan origins that the Christian rule never managed to fully erase, and this is also what makes Sardinian mysterious.