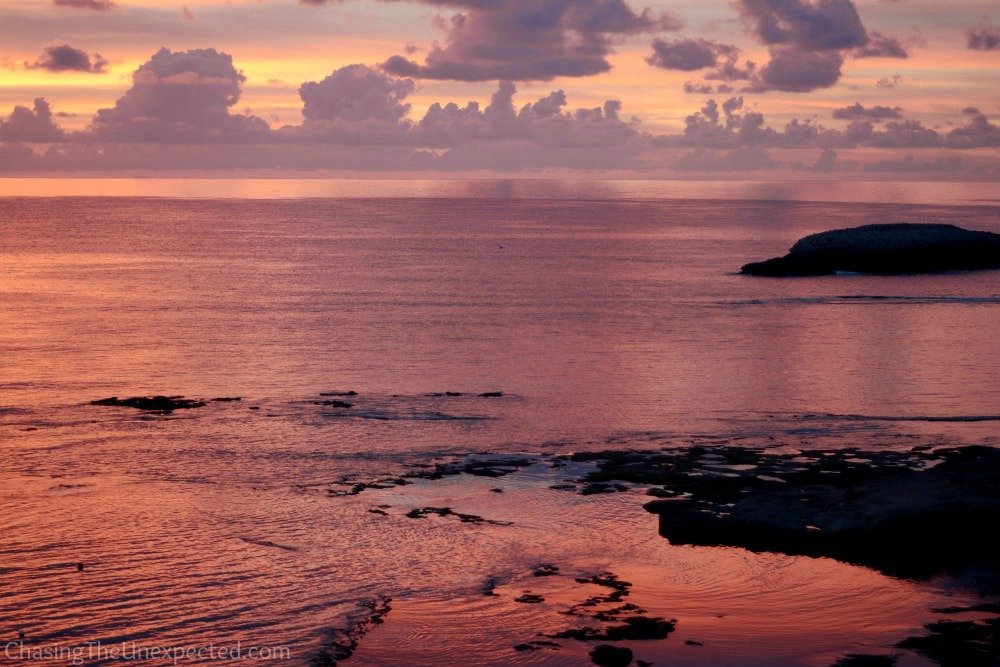 Some of the cleanest beaches and waters you’ll ever swim in might be the crystal waters of the pristine beaches of Sardinia. I was born and raised in Sardinia myself and traveled to many countries but still, I find Sardinia beaches the most unspoiled. While I have widely argued that the beauty of the island is not limited to its coastline but there is a whole traditional Sardinian side to discover, it goes without saying that if you are planning a summer holiday in Sardinia, you will inevitably end up swimming and sunbathing. Thankfully, wherever you end during your journey, it will be a stunning piece of shoreline.

As for me, since every year I have the chance to spend some time in Sardinia in summer, I managed to visit some of its beaches. One that sees us more often is S’Archittu, a small, secluded sea resort on Sardinia’s western coast not far from Oristano city. Here is what you can do in S’Archittu if you ever end up here or decide to relax far from the city.

A view of L’Arco, natural wonder in S’Archittu in central Sardinia

S’Archittu Sea Resort In Sardinia – What To Do

Literally translating into “the little arch”, S’Archittu, pictured above and below, is one of the pearls of Sardinia’s western coast and the Oristano province. Its small cove facing the natural arch is a rare beauty not to miss for whoever likes to relax and enjoy an untouched corner of the Mediterranean coast.

When you arrive, right in front of the parking space is a concrete Lungomare framed with local houses, bars and restaurants, a small jewelry shop, and a concrete fence from where you can view the main, larger beach. On each square along the sea boulevard, there are stairs to reach the beach, while at the end of the boulevard you will see a cobbled path

Staying in this small and compact seaside resort, you can reap the benefits of a long sidewalk perfect for morning or evening jogging along the beach, as well as to enjoy tasty local wine and pizza for dinner. When the day starts fading away, join the crowd of tourists and locals busy filming and photographing the sunset that somehow in S’Archittu always looks better than in other places and never fails to stop people from whatever they were doing.

Our very first appointment in S’Archittu is a long walk from one end to the other of the coastline early morning before the summer heat kicks in. If you are a bike enthusiast, you will love to cycle around the little village only surrounded by nature and blue water, far from traffic and pollution. And if you are a yoga fan, there is just nothing comparable to a full yoga session on the empty beach early morning or on your room’s balcony if your chosen accommodation has one.

How To Reach S’Archittu From Cagliari Airport

The small coastal tourist resort in the Oristano province lies about 120 km away from Cagliari in the south and about 160 km from Olbia Costa Smeralda international airport in northern Sardinia. You will reach much quicker driving, so if you didn’t come to Sardinia by ferry, you are better off renting a car at the airport.

From Cagliari Airport By Train

From Cagliari to Oristano there is a train every hour. It departs from the airport and the ticket, which you can buy online or from the ticket machine at the station, are 7€. From Oristano, you can only reach S’Archittu by taxi or bus.

Book A Taxi To S’Archittu

From Cagliari airport, you can choose to take a taxi to S’Archittu, but that’s definitely the most expensive option. For about an hour and a half drive, the price is around 100/120 €.

Rent A Car In Sardinia

Renting a car in Sardinia is by far your best option. Many agencies have their office right in front of the airport going towards the train station, but renting a car online has far more advantages.

First of all, booking online before arriving will be cheaper than reserving at the airport. Also, by booking in advance, you will be able to choose the vehicle you prefer, rather than trying your luck once at the airport. Especially in the summer months, Sardinia is pretty crowded.

If you are only planning to enjoy some beach time and stick to your place, then you probably won’t need to rent a car, but if you want to go around the villages and explore more of Sardinia, I strongly recommend you rent a car as the local public transport is not very efficient and buses are honestly seldom seen.

Accommodation In And Around S’Archittu

You can find a hotel and B&B right in front of the beach for affordable prices ranging from 50 to 100 € per night for two people. If in S’Archittu they have no vacancies, you can book a room in nearby Santa Caterina di Pittinuri and Torre del Pozzo beach towns or slightly more inland in Narbolia or Riola towns. These are some of the accommodation options near S’Archittu.

4 thoughts on “What to do in S’Archittu secluded beach, Sardinia, and how to reach”