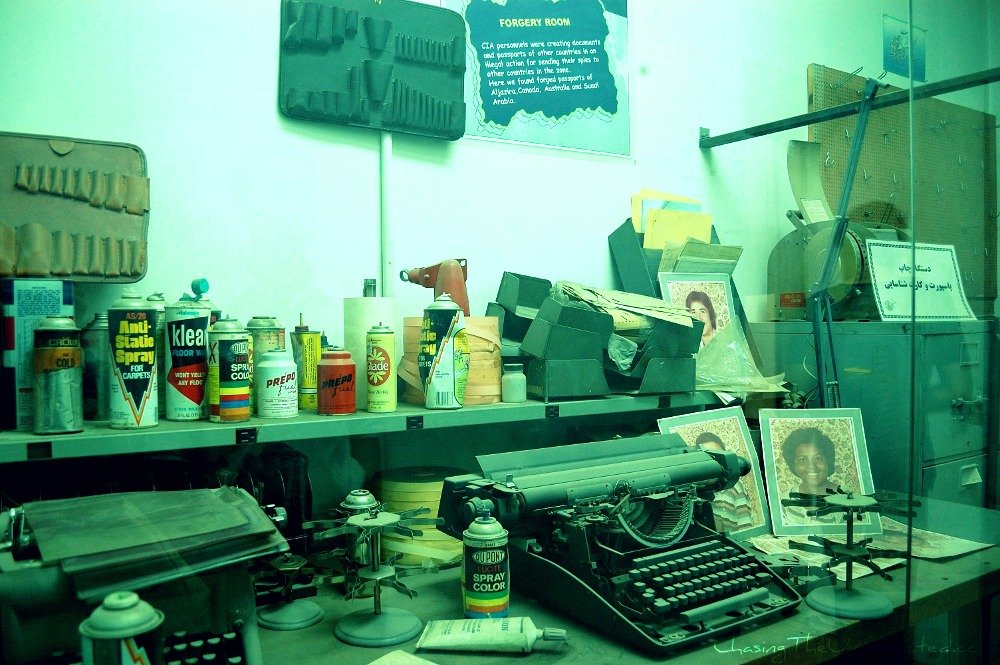 It’s recent news the diplomatic crisis between Iran and the UK, and when I visited the former US embassy in Tehran there was no sign it was going to happen. Following the protests of Iranian students in Tehran who claimed to have “occupied” the British embassy, the obvious consequence have been sending back to the UK the English diplomats and to Iran the Iranians.

I have mixed feelings towards these recent events. Do I understand the protests? I do. Do I agree with them? To some extent. Do I think storming the British embassy was a clever move? Not really.

In an interesting op-ed for the Independent, English journalist Robert Fisk, highlights the reasons why it’s understandable that Iranians are not exactly fans of the UK. As Fisk stresses out, economic sanctions are only a minimal part that brought the Anglo-Persian relations to an end.

Heavy interference in internal affairs and collaboration with the US in the Operation Ajax that resulted in the overthrow of democratically elected Mossadegh in 1953 are some of the facts that shaped Iranian historical memory. Unsurprisingly, not one of love and affection.

When I was in Tehran, however, the UK embassy was still operating, so we only managed to visit the former US offices, occupied and closed in 1979 right after the Islamic Revolution and that, I later found out, are closed to the public. I would like to be able to say that 32 years ago things were very different, but alas it’s not quite the case. Iran is today’s “rogue state”, constantly under sanction (which is probably why it’s one of the few countries out of the worldwide recession), facing repeated attempts to be spied on within their own territory (the RQ-170 drone catch-22 is very recent news).

In 1979, after storming the embassy, bringing about the hostage crisis and determining a definitive end to US-Iran diplomatic relations, Iranian “Students Following the Line of the Imam” gathered all the top-secret information they found, also piecing together the papers employees had managed to put in the shredder and published them in around 70 volumes (available online). Such painstaking work that only a truly intense resentment could have fed the patience to achieve.

The US embassy in Tehran was the most important CIA headquarter and archive in the Middle East, and now looks pretty much as if employees are about to come back to work. Their rooms, their labels, their communication devices, the paper shredder that was there somehow aware of its last, and most important, duty, are still as they were. Pictures of the 52 hostages kept for 444 days hung on the walls, along with posters of the huge flood of people in march during the revolution and, of course, paired with other posters that depicted a strong anti-US sentiment.

That has been the beginning of a diplomatic crisis that today is not only still alive but quite kicking. And that’s scaring many people, myself included. This is mainly why I don’t feel the recent storming of the UK embassy was a good idea. Do we need more instability? Do we need more war? Do we need more crisis? It seems to me the world is messed up enough.

As soon as I set foot in this controversial Middle Eastern country I realized it was just this, a country, inhabited by people hungry for human interactions and curious about other nations and the foreign perception about their own.

For as much as the past has been messed up, I hope Iran will keep their relations with the European countries untarnished and always stronger, as I would like to go back as well as to meet and greet my Iranian friends in Italy or anywhere else.

Why no U.S. Embassy in Iran?

The U.S. Embassy in Tehran was closed in 1979 following the Iranian Revolution and the taking of U.S. hostages at the embassy. The U.S. and Iran have had no formal diplomatic relations since then.

In 2015, the two countries announced that they would begin negotiations to re-establish diplomatic relations, but as of early 2022, there has been no change in the situation with respect to a U.S. Embassy in Tehran.

Until the fall of the Shah in 1979, Iran was one of the United States’ closest allies in the region. The two countries had close military and diplomatic ties, and the U.S. even provided support to the Shah’s regime during its time in power.

After the Iranian Revolution overthrew the Shah, however, relations between Iran and the U.S. quickly deteriorated, and they have been hostile ever since.

Yes, US citizens are allowed to travel to Iran. However, it’s important to note that there are some restrictions on what types of travel are permitted. You can read more about Iranian vis requirements.