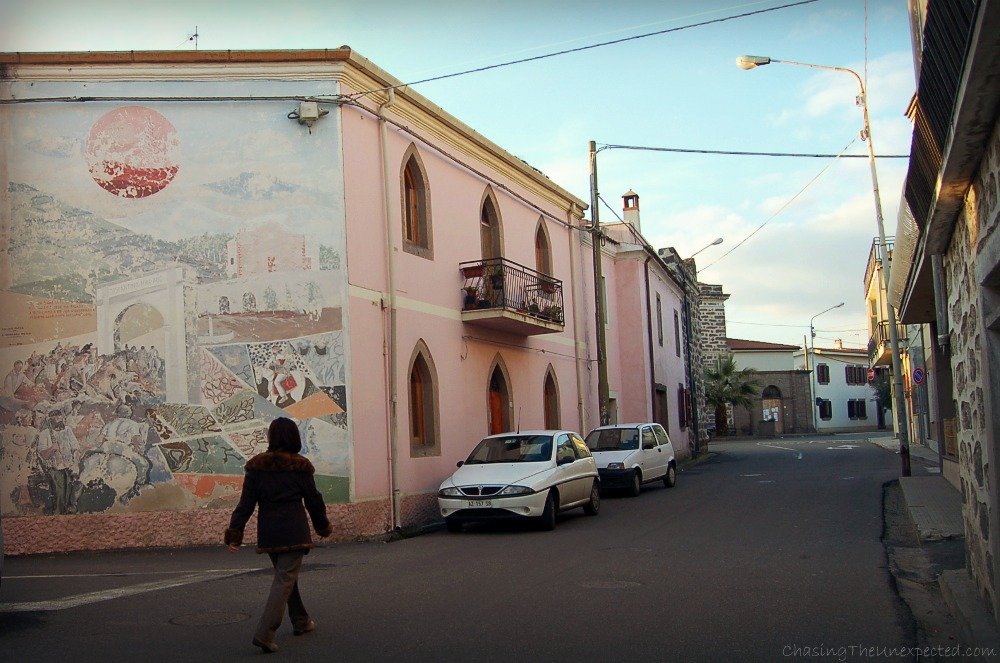 I can’t remember how many times I’ve been to Sedilo, one of Sardinia’s prettiest villages. Impossible to count them, really. It’s the village where my mom was born, where my grandparents grew up, met, got married, and lived until their sixth child when they migrated to France.

After more than twenty years of living beyond the Alps, my grandparents, especially my grandfather, couldn’t resist the call of his origins and moved back to Sedilo. Although I’ve had a grasp of my mom’s French life by visiting my relatives in the country’s northeastern Lorraine, I’ve never really experienced it since when I was born she had already moved back in Sardinia.

This is why I only got to experience her birthplace, probably more than she had herself. She was brought to France when she was five and she used to go back to Sedilo only for summer holiday. It’s hard to imagine Sedilo different than it is now, I’ve been coming here to visit my grandparents since ever, and today the vibe is still pretty much as it was 20+ years ago.

Going out for a morning stroll at the Wednesday market is priceless. Grocery shoppers dart back and forth with bags brimming with all sorts of fruits and veggies, and everybody greets everybody as if they were either related or friends.

From time to time horses, very much adored in Sedilo, wander along the main road, aware locals stare at them in awe every single time. The same noise of horse hoofs I hear from my home when my concentration gets interrupted by the emotion of living in some yesteryear dimension.

And then public announcements come along, introduced by folk music and communicated to the townspeople via a megaphone, almost proof that even Sedilo is catching up with technology, otherwise, there’d still be the town’s crier.

Don’t underestimate the people here, Sedilesi are tough, the kind of blunt pragmatism that gets inside your DNA if you had to overcome the difficulties they have in a not-so-remote past. It has never been an easy town to manage, the obstreperous personality of the horses running S’Ardia, ritual in the middle between sacred and profane, almost mirrors the temper of their owners, top-notch, reckless riders stars of the most dangerous festival in all of Sardinia.

Sedilo was extremely poor back in the 1930s, 1940s and in the immediate postwar years, which led many people such as my grandparents to look for jobs abroad.

Every summer my mom and her family would come to spend their holidays here, so memorable holidays with all cousins and warm weather after all year under the snow of easter France that she and one of her sisters decided to come back for good after bachelor to enroll to university.

After my mom’s tales, I could gather Sedilo was not much different in the 1960s, and talking to my grandma, even ’30s and ’40s are not that far, the only thing, roads today are paved and back then were not.

Same laid-back ambiance, same house doors always open so friends can come in without even knocking, same horses and donkeys wandering around, and same knife-grinder going past the streets of the village calling up housewives and workers.

Sedilo is only 13 km away from my village, Ghilarza, but the atmosphere between the two is completely different, people, mentality, clothing style, and traditions, have nothing to do with each other, in perfect line with Sardinia’s impressive variety of lifestyles, traditions, languages, landscapes, personalities, just like a real Continent rather than a single island.