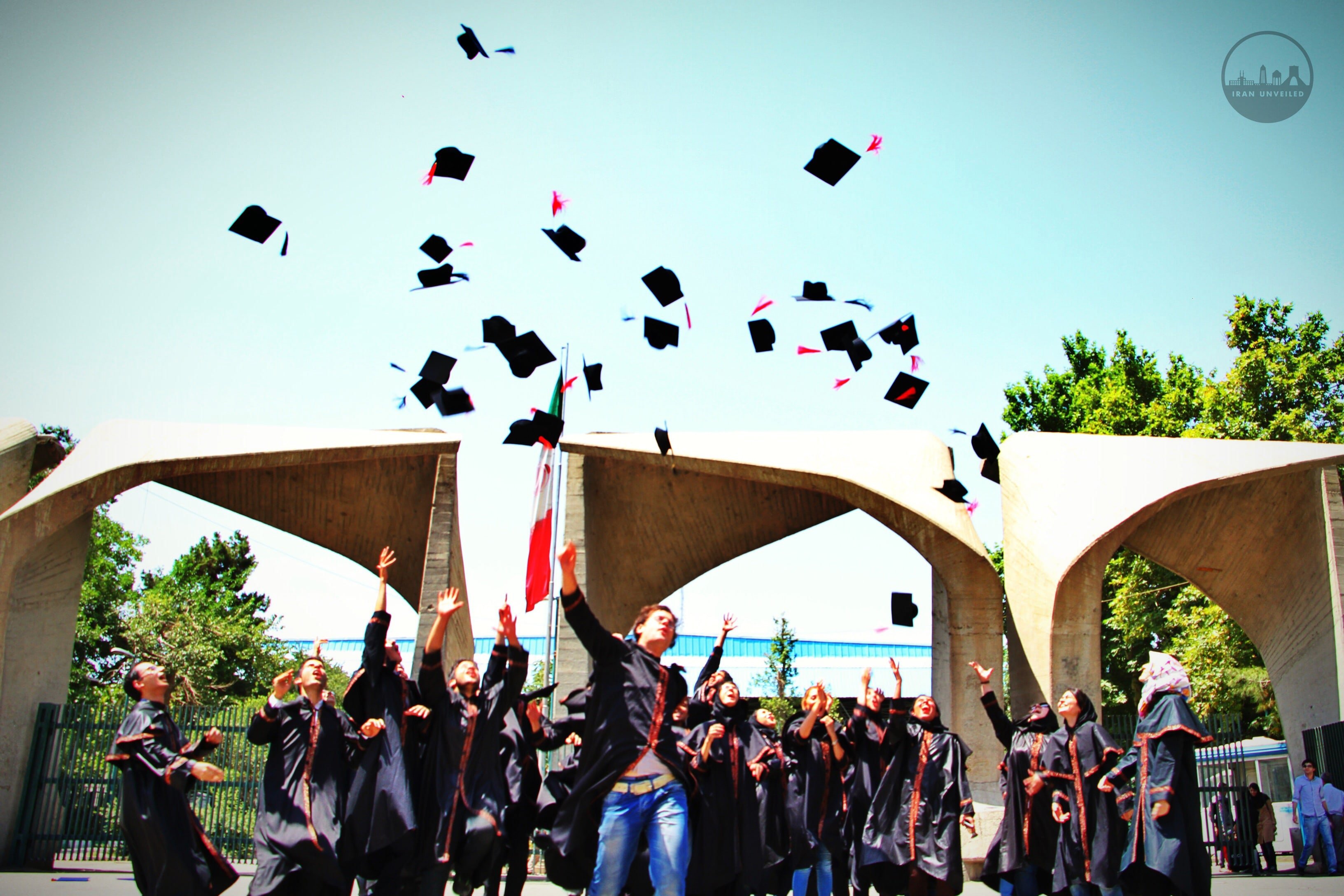 Take a few Iranian friends, a decent dose of Persian pride and the urge to introduce Iran to the world and you will witness the latest challenge to the image Western mainstream media want to give of the Islamic Republic. Nine young Iranian artists behind the project Iran Unveiled, Mahya Jaberiansari, Saeid Moridi, Neda Monem, Bahram Habibi, Omid Scheybani, Farzad Abedi, Arash Ashkar, Alireza Khatibi and Reza Yaghoubi, share the same hope, that the people from all over the world start seeing Iran the way they do. Coming from different educational backgrounds, from public health to journalism to biomedical engineering to civil earthquake engineering, they gathered up and launched an online campaign that will result in a photography exhibition in Berkley, near San Francisco, planned for September this year where they will put on display daily moments of Iranian life.

“For far too long,” told me Mahya Jaberiansari, curator of the project, when I approached her, “Americans (and the world) have only seen and been exposed to Iran through the lens of politics, sanctions, and history that has left out the realities of its life, people, and places from the conversation altogether.”

“Each person has an individualized style and that is very apparent in their pictures,” she continued. “We all come from different walks of life and have a unique story of how we ended up interested in capturing the life around us in pictures. But what unites us all is Iran — our love and passion for the country we all identify with, and the urge to want to change the dialogue about a country that has been trapped in discourse by politics and sanctions.”

Iran is too often portrayed only through a political discourse, be it the nuclear agreement and now post-sanctions era, the quarrel with Saudi Arabia, or the continuously tense diplomatic relations with the United States, and this limited coverage doesn’t do justice to the rich cultural heritage, as well as to the same people of Iran who are a diverse mix of ethnic minorities, traditions, cultures, and more who just want to get on with their life.

Mahya seems to agree: “What the media is missing in their portrayal of Iran is the “human” side of the country. The fact that regardless of the sanctions and the politics, people are happy, enjoying the food and leisure spaces, and simply living. We don’t see the great everyday happenings, as simple as they may be, that exist in the country. The fact that people are out and about until 12 midnight in Tehran on a daily basis, the fact that we are as crazy about music and coffee shops as any other country, and the fact that we know what it means to try to find happiness amidst all the troubles in life. Just like any other person, in any other country.”

The art and photography scene in Iran is always more active and initiatives, both private and public, are being encouraged by the local administrations.

“More and more galleries are opening up all the time,” said Neda Monem, one of the photographers participating in the project. “The museum of contemporary art in Tehran is always updating the collections that are on the show. Even the city billboards are used to show famous artworks from time to time so that people who aren’t that interested or don’t have the time to familiarize themselves with works of art will become exposed. Also, while many Iranian artists have works sold at Christie’s and Sotheby’s, the Tehran Auction has also gained more traction throughout the years.”

“Art in different fields, especially photography,” added Barham Habibi, “is going through a growing trend in Iran. After a false period where everyone wanted to become either a doctor or an engineer, the opportunities for these fields became saturated, so people are learning to go after what they are interested in and many are interested in art.”

“The art of photography probably has as many fans as music,” said Alireza Khatibi, “and is one of the most popular forms of art in Iran. With social media like Instagram, this wave is getting higher and people enjoy taking pictures.”

“Our project,” he continues, “is to show an unseen image of Iran, a real picture, full of energy and beautiful. The primary idea of this work was Mahya’s since she lives in America and is familiar with their mentality about Iran, so it’s normal that she was more concerned regarding the issue.”

Amongst the consequences of the anti-Iran media campaign is that often people are just scared to visit the country, afraid of being met with hostility, many don’t even visit because all these years they have been led to think Iranians “hate” Westerners. As it turns out, nothing can be more distorted and misleading.

“Americans mostly think that they will see nothing but aggressive bearded men and ladies in a burqa when they come to Iran,” said Neda Monem. “Truth is that – except for the south where the burqa is a traditional accessory that goes with local outfits – nobody even wears burqa here. That is just one example. Through what I have learned, most foreigners who have collected their information via media are first of all afraid of Iran and expect the people to be primitive, hostile and aggressive. When they actually visit the country they are often amazed to be greeted by what they describe as some of the most hospitable and friendly people they have ever met. Foreigners who visit the country are also often surprised by the rich culture and history, and the diverse/lush landscapes. They are also surprised to find that the ones with beards turn out to be tattooed hipsters that hang out at cafes and know a lot about the third wave of coffee.”

“When the media get involved in politics,” added Alireza Khatibi, “they distance from truth and reality. In fact media analyze Iran however they want until they get the result they are looking for, but we want to stay away from all these discussions. Iran also includes beauty, lifestyle, events and moments which should be seen.”

Bahram Habibi agrees: “Our project is to show through pictures a newer, more updated image that’s closer to our country’s reality to show more of the real atmosphere, (for instance, how people live, we also have our happiness and love our country and city). I want to show that, despite all the differences, our lives are the same.”

“What we don’t see,” he continues, “is the lifestyle of people here, their daily interactions with each other and quality of life. We are not the best but we are not the worst either. Medias usually send the worst pictures possible just for political retaliation. These frames are a reflection of daily life in this country and this is why they can better tell the reality.”

The repeated distortion and unfairness Iran is presented with throughout Western media is very much felt among young Iranians.

“Art can be used to break the misconceptions by bringing to its viewers an experience that is not biased through a political or economic angle,” added Neda Monem. “Since photos, in our case, can give people a down-to-earth and firsthand experience of what life really is like in Iran, this, in my opinion, is bound to leave a deeper effect on one’s judgment. They can make their own associations and form their own opinions through their observations. Making it personal will leave a more intense and longer-lasting effect.”

“We don’t want to say Iran is all fun and games because it’s not. No country is,” said Mahya Jaberiansari. “But we want to say it’s not all sanctions, politics, and tragedies either. There is a whole other side of the coin that many people have not seen, and we want people to be able to distinguish the two sides of the coin from each other, rather than thinking only one side exists because that is all they’ve seen and been fed.”

“I’m hoping,” she concluded, “that even one person walks out of the gallery exhibition thinking ‘Wow, I didn’t think Iran was like that’, and from then on anytime Iran comes up they can say ‘Yeah, yeah, all that is true, but I once saw this picture in a gallery and it impacted my views on a country I did not know much about beforehand’. Even one person is more than we could hope for, so put the gallery visit on your calendars and come meet us from Saturday, September 17th, 2016 at Kala Art Institute – 2990 San Pablo Ave, Berkeley, CA 94702. More details about the timing coming soon!”