In Mleeta, a day with Hezbollah 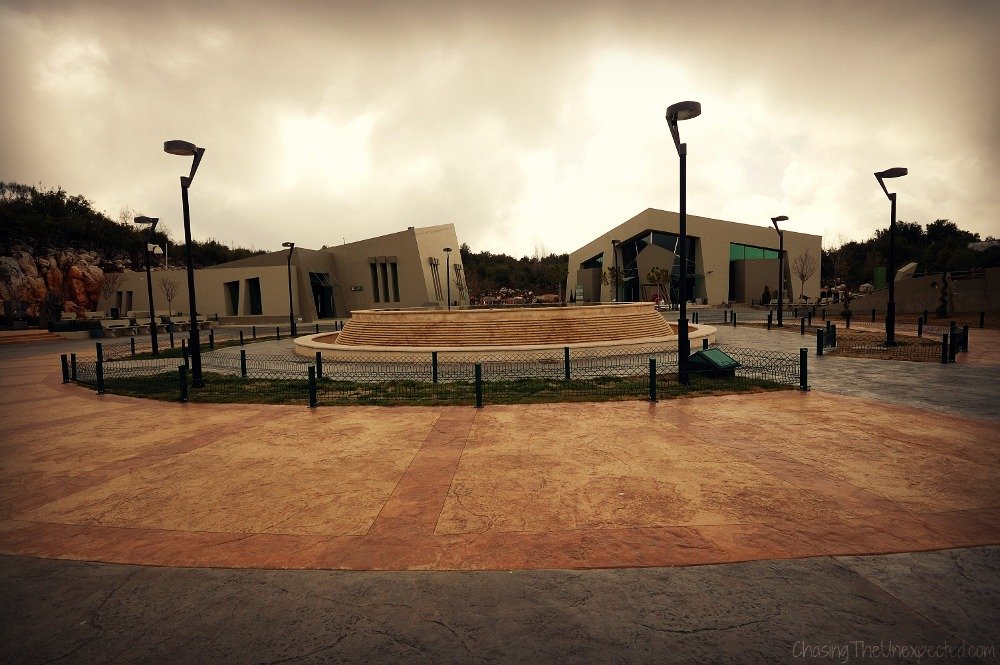 Entrance to Museum of Resistance in Mleeta

There is something visceral about Southern Lebanon. Driving up along the harsh mountain ranges that frame its country lanes, around possibly every bend you can find pictures of young men. Nothing fancy, nothing movie-star-like, just a simple photo captioned with their name and the words the population has devoted to them. Words of eternal gratitude for their sacrifice in the name of freedom for their country.

It’s 1978, only thirty years after the Israeli militia has occupied Palestine, when the same military forces launch a new campaign and occupy Lebanon. Only here they didn’t find defenceless farmers who had no idea of what was going on, they found an entire population unnerved, uncomfortable and worried about the ongoing occupation next door. Lebanese have witnessed first-hand the calamity fell upon the Palestinians, hundreds of thousands of refugees had arrived in the country after the Nakba of 1948, the tragedy that brought to the creation of the State of Israel. With all this in mind, Lebanese had no intention of letting their country become the “new Palestine”, no Lebanese was willing to lead the same life Palestinians were leading in their refugee camps. 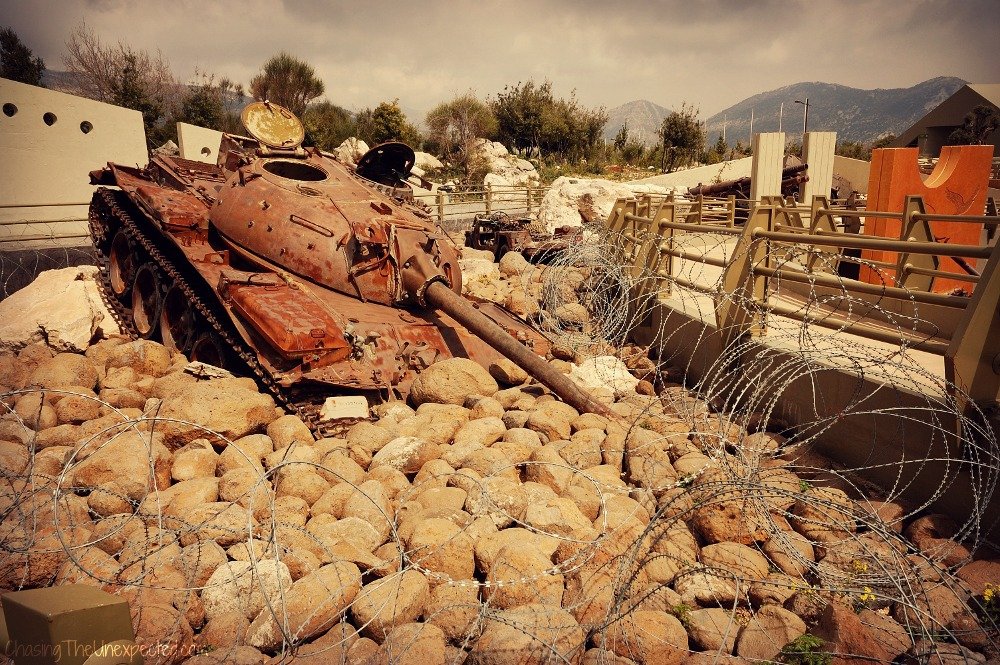 In 1982, four years after the occupation, a grassroots popular resistance started raising and fighting back against the occupation forces. By 1984, the popular resistance started acting under the name of Hezbollah, following the leadership of  Sayyed Abbas Mousawi (killed in 1992), Imad Fayez Moghniyyeh (killed in a car bomb in 2008), and Sayyed Hassan Nasrallah, alive and adored.

Men and women whose only purpose in life was setting their country free fought with any means against the foreign occupiers, young men and fathers sacrificed their life only to make Israelis leave. Martyrs such as that little more than a kid who blew himself up in the headquarter of Israeli commando in Tyre, determining their withdrawal from the city, his eyes still watching over the empty ground where from that day nothing has been built. Every single person had a role in what to the world seemed an impossible task.

No wonder why today Hezbollah is one of the main government parties, no wonder why Hezbollah fighters and martyrs are remembered every single day, no wonder why Sayyed Hassan Nasrallah is worshipped in Southern Lebanon. “Beirut government was ready to give up the South,” was on the most common refrains I could hear all around. “After Israel occupied Beirut in 1982, the central government wanted to negotiate their liberation and exchange it with the South. Even in 2006 the government was negotiating with Israel to let them occupy the Litani river from Nabatiyeh up to Maroun el Ras, near the border, to make them stop bombing Beirut.” 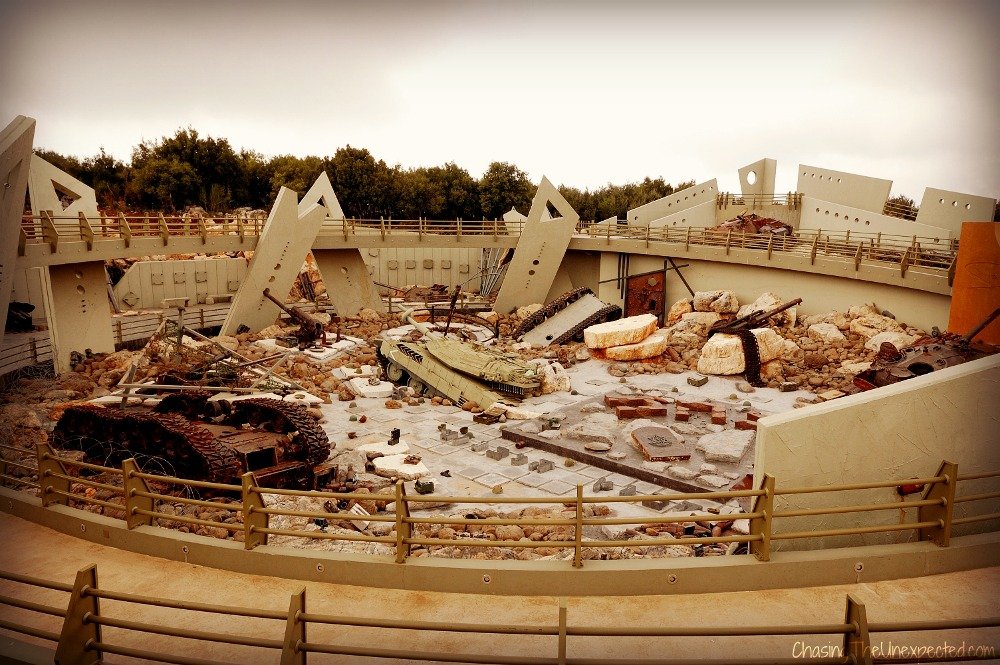 Feelings, emotions, details, battles, names that only locals can know made me realize how biased and distorted our mainstream media and education system are. I understand every country has its fair share of censorship, but creating false enemies has the only result of making people live out of fear, and as far as Europe is concerned, it’s fear of our own neighbours, friend countries and important commercial partners.

The occupation ended in 2000, and after 22 years of fighting, war strategies and bombings, the foreign army was forced out. Only in the shelling on Abassiyeh, in 1978, 400 people lost their lives, in Cana in 1996 more than a hundred. When the region was still wounded and struggling for reconstruction, in 2006 Israeli bombings started all over again: “They bombed with no mercy,” remembers my friend Leila who at the time was 14. “A hundred bombings every hour, in some villages, from Cana to the deep South, they bombed every single house, 1400 people were killed in 33 days, thousands heavily injured.” Leila and her family lived in the United States and moved back to their hometown in 2004, to find themselves at war only two years later. “I know it’s a horrible thing to say,” goes on Salam, Leila’s sister, “but every time we saw an Israeli airplane we just hoped to hear the bomb, because it would have meant it hadn’t fallen on us.” They escaped by car towards the North that was less hit, to a city that today takes an hour to reach, and seven during the war. When they got back they saw their house was not bombed, but their neighbours’ was.

To visit the landmark of Lebanese resistance, we had to get closer to the border with Occupied Palestine, up to Mount A’mel, in Mleeta, small village resting at 1060 meters above sea level, that apart from housing the tombs of prophets, saints and kings of the past, has also been Hezbollah stronghold during the occupation. 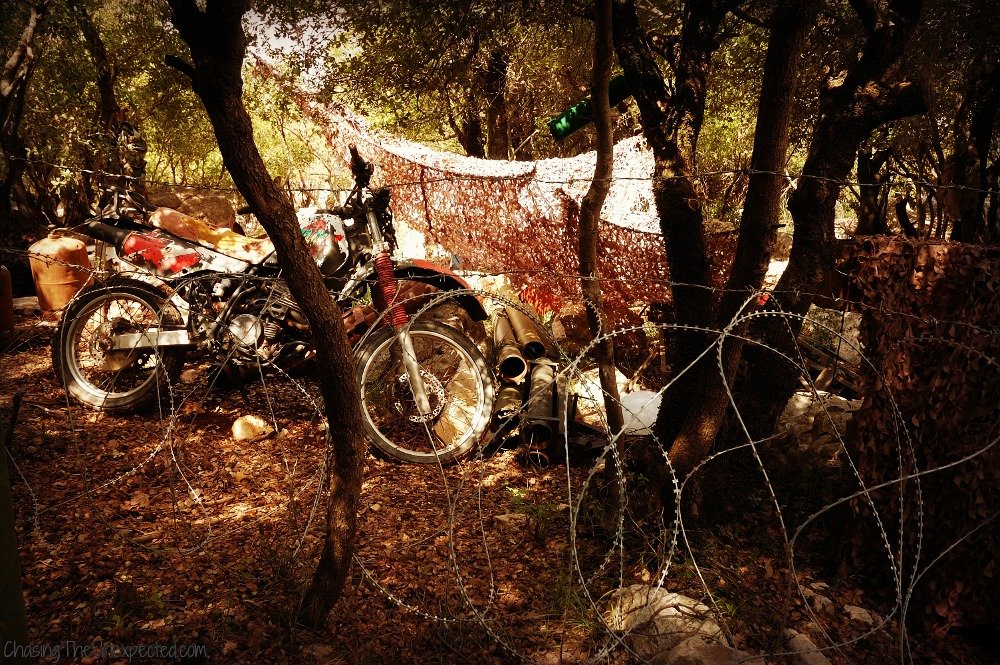 The means of transportation used by the resistance fighters

There is one thing you will sense from minute one: visiting the Museum of Lebanese Resistance doesn’t classify as the standard sightseeing experience.

Scattered all over the entrance, in a random yet precise manner, is the most diverse war equipment, vehicles, tanks and weapons that the Israeli army abandoned when fleeing the country. The Merkava Mark 4 tank, symbol of Israeli military power, was sunk in dirt with its muzzle knotted, as a sign of all possible contempt to an army that caused so much suffering, death and destruction. This is the first sight that awaits visitors, aptly named “The Abyss”, because this is what the message is all about, the abyss every country falls into when a war ravages its soul.

The mount still wrapped up in its morning haze, we entered the bushy trail where fighters set their home, their departure point towards the occupied buffer zone, their shelter and their mosque. We went past rifles, guns, old boots, rickety motorbikes, rusty digging tools, tombs and corners for prayer, all things that in a way or the other helped them carry on with the resistance. The cave I visited was chosen by the partisans as bunker when Mleeta became Hezbollah main stronghold. It was dug with the most rudimentary tools under the most difficult weather conditions, both winter chill and summer blazing heat. It’s really the case to say that longing for a free country was what kept them moving. 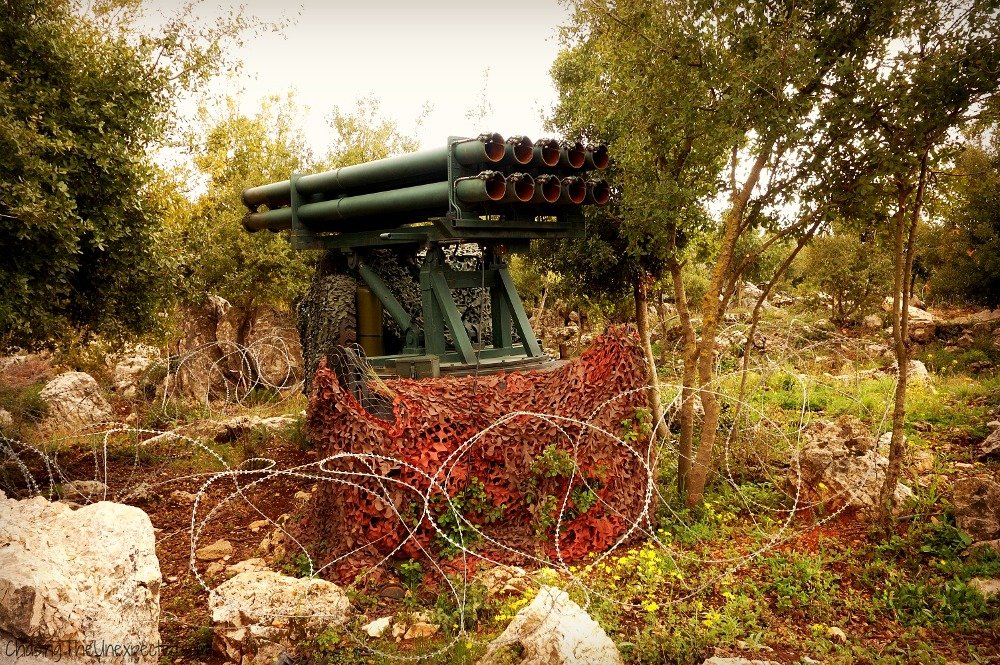 I admit, more than once I felt a sense of unease. I’m not familiar with war talk, even less with war equipment. I despise anything military, any war threat fills me with dismay, and I’ve never bought the myth that war was necessary as it never is, but passing through that pathway, crossing the tunnel used as shelter, and picturing the kind of life those kids (because they were hardly older than that) led just because they wanted to defend their inalienable right to live in their own country with no foreign occupation, made me share their feelings.

How could I not? Should someone invade my house, I would fight back in any way I can, caring less than nothing about what the rest of the world wants to define me.

Israel is still occupying the Shebaa Farms in Lebanon, but no settlement has been built as Hezbollah will never let that happen.

From the museum we climbed up on the top of a hill overlooking former occupation posts and the later liberated areas. The region looks calm, you could say a corner of heaven, if you didn’t know of the bombings and the battles those white stones and green fields have witnessed.

Now, there is no leaf in Southern Lebanon that moves without Hezbollah permission, the military wing of the party is constantly on training, in the region everybody is aware of its power, even Israeli leaders admit that when Sayyed Hassan Nasrallah says he will take action, there’s no doubt he will, and at the same time, when he says he won’t, he can be trusted. And Nasrallah has already said Hezbollah militia has defence purposes, but in case of a new attack or occupation from the Israeli army, it will not take them 16 years to bring it to an end. 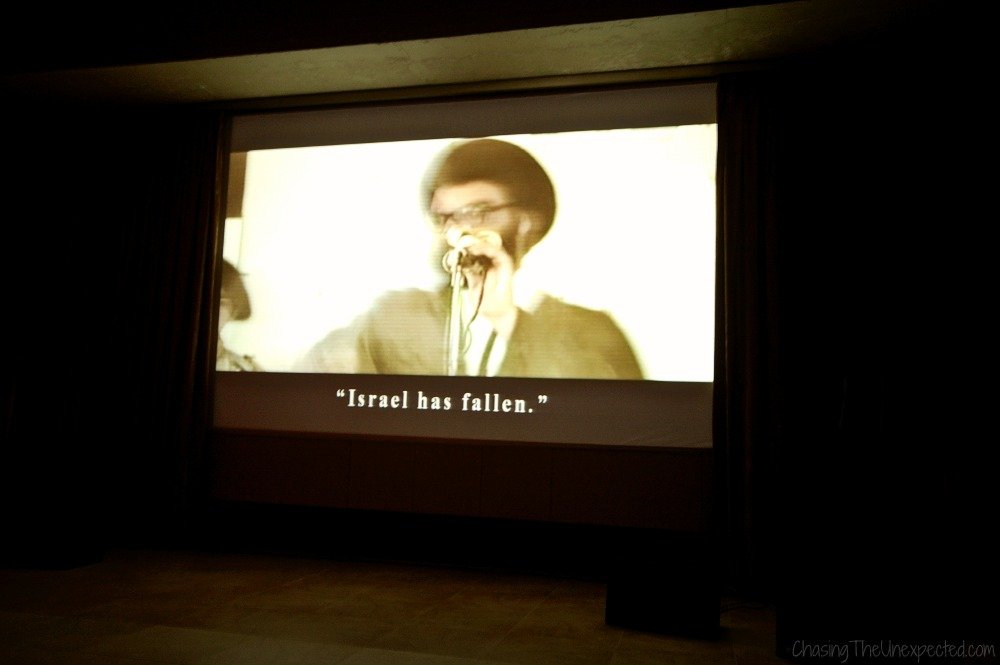 If you would like to see more pictures I took at the Museum of Lebanese Resistance in Mleeta, head over the Flickr set I devoted to it.

Bulls, horses and roses to celebrate Saint Catherine of Alexandria in Sardinia

Mah Card: The Iranian Debit Card For Tourists To Avoid Carrying Too Much Cash

Top 12 Things to Do in Shiraz, Iran’s City of Poets and Nightingales

Cappadocia is located right at the heart of Anatolia, Turkey, and even though it’s small, it’s one ...

Best Diaper Rash Cream To Pack For Your Travels

Finding the best diaper rash cream is a must when you have a newborn. Your child will spend around ...