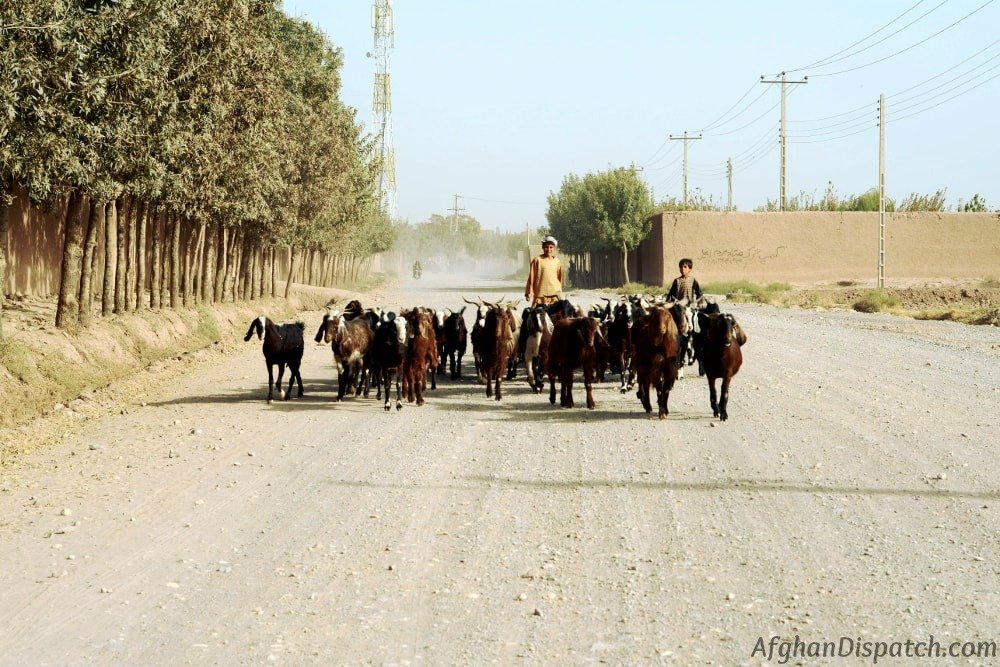 If there is one fascinating destination to visit and capture with your camera, this is Afghanistan. We all know how picturesque this war-torn land is and it’s quite straightforward that its recent history made it like no other country. This is why there certainly is more than one consideration tourists need to keep in mind, not only security-wise, but also when taking pictures. Now that always more travelers are longing to visit, we thought important to share our tips on how to photograph Afghanistan.

So, how to photograph Afghanistan to better capture its daily life, people, landscapes and historical sites?

Afghanistan is different for many reasons. The current state of security is shaky and decades of war took its toll on the society and people.

Isolated for too many years, the simple fact of looking foreigner in Afghanistan brings enough unwanted attention, so you can imagine the effects of a camera hanging on your neck can have how much attention would attract. Plus, many wouldn’t really appreciate being captured by your camera for different reasons. It’s not uncommon, for example, to find people engaged in illegal activities, from drug dealing to simple stealing/robbing, so it’s pretty understandable they don’t want to be captured with the risk of their image to be found on social media, blogs, foreign media.

Being aware of how to photograph Afghanistan will help you avoid unpleasant situations.

I myself had a pretty upsetting accident in Kabul. My husband and I were walking down Mandawi Road, always packed with street vendors and shops, taking pictures of the colorful stalls. At the end of the street, we got halted by a pretty sloppy police officer who found no better thing to do than asking us if we had permission from their police station for taking pictures.

My husband told him we didn’t, asking him whether everyone with a camera needed the written authorization, especially now that everyone carries a smartphone. The officer, however, wasn’t convinced and told us to wait while he would call the police station to check whether we were supposed to have permission or not.

All of a sudden we were surrounded by men shouting that we were taking pictures of them for the foreign media, people coming out of nowhere we hadn’t even met before.

My husband is Afghan and knows his countrymen, so seeing him visibly preoccupied worried me, too. Playing it cool, my husband replied that if he wanted to show Afghanistan abroad he would certainly not have taken their picture. As the situation started heating up, the police officer did absolutely nothing to calm people down and chase them away. Actually, it seemed he was just trying to get all the attention to himself.

Finally, while the officer was asking his boss if we could take photos of nuts and clothes, a God-sent agent from the intelligence department, after realizing how ridiculous the officer was making of himself, asked him what the heck he was doing and told us to leave.

I was left pretty shaken by this accident, especially at the thought that we were in the same neighborhood where 27-year-old Farkhunda had been beaten, killed and set on fire by a pack of wild cavemen less than two years before on false accusations by the same kind of people who didn’t even know what was going on and just joined the crowd.

Here are some tips on how to photograph Afghanistan stemming from my experience traveling there and getting in touch with locals, including my husband’s family.

How to photograph Afghanistan – Don’t take pictures of women

I had the impression that women under the burqa were less concerned about my camera than those with headscarf or chador. Pretty obvious, you might say, since their face was covered and they were not recognizable. As a general rule, however, don’t take photos of women without asking for their permission.

People in Afghanistan are very conservative, pretty much everywhere but especially in some areas like Panjshir and Herat. Not only women don’t want to be photographed, but also husbands don’t want anyone to take photos of their wives. I know you’ve seen women on videos and photos in the now famous Wakhan Corridor in Badakhshan Province, but that’s in agreement with the Afghan government to show traditional Afghanistan, so it’s made for tourists and photographers, and everybody poses for cameras.

How to photograph Afghanistan – Get familiar with the place

Better if you visit the place with a local who knows the surroundings and the people. Most of all, locals know where you can and you cannot go. The centers of the cities are safer than the suburbs, as usually around the cities and in the villages, there are often camps of nomads, mostly from the Pashtun tribe, and they absolutely hate to be photographed. They settle for some time, they do their business and they don’t want to be bothered. Often the areas around the cities where they settle become very unsafe, so you don’t want to be around, with or without your camera.

Around Kabul, you will probably visit Paghman Valley, the one you see in the old pictures when Afghanistan was a normal and modern country before everyone raged against it enrolling ruthless mercenaries to destroy it with terrorist attacks. Paghman Valley was a hub for tourists and locals who spent there their weekends picnicking in nature. Now they do it too, but it also has some dodgy vibe as they run dogs and birds fights and more often than not you will see groups of men surrounded by armed guards. Needless to say, don’t take photos of them!

How to photograph Afghanistan – Get authorized

For as beautiful as it is, Afghanistan is still a war zone, and many places, even historical, are closed to the public. Some sites require an authorization to enter and to use the camera. In Herat, we went to the local Tourism Office in Sarak Shafakh Khane (Hospital Street) so we could visit places such as the tomb of Queen Goharshad Begum and the cistern near the old city bazaar that required a written authorization to enter.

In Kabul, the historical citadel of Bala Hissar is under the Afghan Army control so visitors are not allowed in, while other places are open to the public and you can take photos, even without previous permission, maybe with a fee for the use of camera and video.

How to photograph Afghanistan – Don’t show off

I know you want to take Afghanistan pictures everywhere and of every corner to not waste even a minute in a country where you are likely not going back, but don’t show off your expensive gear too much.

After some forty years of war, Afghanistan is a poverty-stricken country, so it’s always a good idea to avoid offering occasions for robbing, stealing, or even worse, kidnapping. Try to keep it modest and take out your gear when it’s time to use it. Unless you are on a photo-shoot stint and have a team of bodyguards around you, then you can relax a bit more.

How to photograph Afghanistan – Careful to the military

Barbed wired, concrete walls, checkpoints, towers, soldiers, NDS security and police officers are all a no-no for your photography endeavors. I know a set of Afghanistan photos wouldn’t be complete without some army, security forces, weapons or any military symbol, yet try to restrain yourself since it’s not allowed and they might also not appreciate it.

Travel to Afghanistan, the definitive guide to enjoy your trip

The real state of security in Afghanistan, tips to travel safe

Things to do in Herat, Afghanistan

3 thoughts on “How to photograph Afghanistan (and stay safe)”