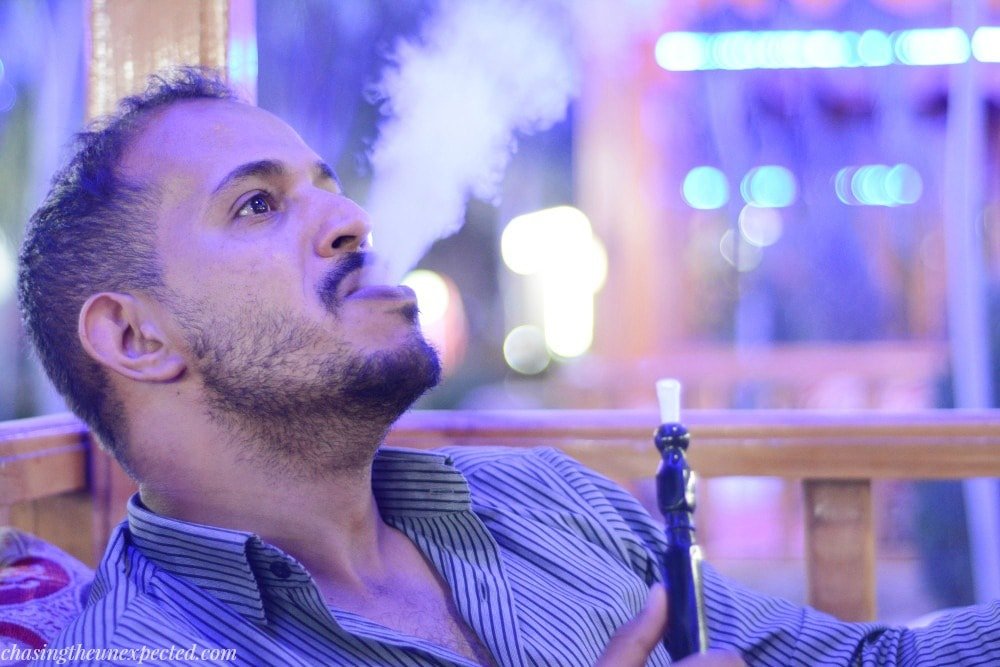 When traveling around the Middle East and also some central Asian countries such as Afghanistan many things will capture your attention, among which you will certainly get intoxicated by some hookah flavors.

Also known as sheesha, narghile and, in Persian-speaking countries such as Afghanistan and Iran, Qelyon Miwaee  (fruit hookah), these colorful and sleek water pipes come with countless delicious flavors.

While its origins are still a little fuzzy, Iran, Turkey, India and Arab countries have certainly been smoking hookah for a very long time. In the last few decades, the normal traditional narghile was changed into fruit-flavored hookahs.

Hookah tips for a great experience

Today shisha is very common among the younger generation of the Middle East and Central Asia, and it’s quickly spreading around the world.

There are different hookah sets, mainly they have only one pipe but some have many so at the same time more than one person can smoke it.

Many open-air restaurants and coffee shops in the Middle East and Central Asia serve hookah. In fact, when you scroll down the food menu, you will see the hookah flavors list and prices.

Last time in Afghanistan we were invited to a friend’s house and the first thing he offered us was tea and hookah on a big tray, even though I refused to smoke on an empty stomach.

I tried different light hookah flavors in Abu Dhabi, Istanbul, Iran and Herat in Afghanistan but I can’t smoke for a long session myself, a couple of puffs and I choke.

I’m not encouraging anyone to smoke hookah but if you wish to try it while traveling in the countries I mentioned, here are some hookah tips on what flavors to pick.

If you are a first-timer, I suggest you smoke the light hookah flavors.

Good hookah flavors combinations can vary depending on individual preferences. My favorite is cinnamon as it’s very light and gives a nice taste to the mouth. Lemon, mint, gum and orange hookah flavors are light and pleasant as well.

In one hookah you can have two or three flavors mixed at the same time. For example, mint and lemon or lemon and gum. Some hookah bars and restaurants offer what they call “natural fruit hookah”: instead of the tobacco bowl they put an orange or lemon on the top of the hookah shaft and fill it with tobacco. Keep in mind that orange flavor gives a headache to some users, so you might want to avoid it.

How to smoke Shisha for the first time

If it’s your first time, here’s the best and easiest way to start smoking hookah.

Place the mouthpiece of the hookah to your lips and hold the pipe with one hand. Start inhaling slowly and gradually, don’t inhale too much smoke otherwise you start coughing.

The same goes for exhaling, exhale the smoke through your mouth slowly. Don’t go too fast, break for 3-5 seconds before you inhale again.

How to avoid hookah headache

To avoid hookah-induced headache it’s important to be hydrated, so drink water, tea or juice throughout your smoking session. Eat before you start your shisha because smoking with an empty stomach makes the body absorb the nicotine of hookah too quickly which can be one of the main causes of hookah headache.

How to get rid of hookah headache

Especially if you are an inexperienced smoker, but sometimes also if you are a veteran, there will be times when the hookah will give you a headache. Here are some tips on what to do in case of malaise caused by your narghilé.

Is shisha/hookah bad for you?

Yes, shisha/hookah is bad for your health. There are a number of reasons why this is the case.

First of all, it’s believed that shisha smoke contains far more toxic chemicals than cigarette smoke. These toxic chemicals can increase your risk of developing cancer and other serious health conditions.

Second, inhaling shisha smoke can subject your lungs to high levels of carbon monoxide and other harmful pollutants. This can lead to respiratory problems, such as bronchitis and pneumonia.

Finally, sharing a hookah mouthpiece with others puts you at risk of contracting infectious diseases, such as tuberculosis or meningitis.

So overall, it’s best to avoid shisha/hook. That said, if you are sure it’s prepared properly and it’s clean, you can smoke a few puffs once or twice on a trip when you are offered in a cafe or restaurant, just don’t overdo it.

Which is worse shisha or cigarettes?

This is a tough question that doesn’t have a definite answer. Many people would say that cigarettes are worse because they contain more nicotine and are more addictive.

However, shisha contains other harmful chemicals like tar and carbon monoxide, so it is also very harmful to your health. It really depends on the person and how much they smoke of each.

If you only smoke occasional shisha, then it is not as bad as smoking cigarettes every day. However, if you are a heavy smoker of both, then they are both equally terrible for your health.

What is shisha called in Iran?

Although shisha is most commonly known as hookah in the West, this popular smoking method actually has a long history in Iran, where it is known as ghalyoun. Iranian citizens have been enjoying shisha for centuries, and it remains a popular pastime in the country today.

Whether you call it shisha or ghalyoun, this form of smoking tobacco – typically flavored with molasses or fruit – involves heating the tobacco over charcoal on a small bowl-like device.

The smoke passes through a water-filled chamber before reaching the smoker through a long hose. Ghalyoun smokers often gather together in communal settings like cafes, bars, and lounges to enjoy their favorite flavor while socializing with friends.

Is shisha haram in Islam?

It’s not haram in Islam and you would see strict muslims smoke it in Iran, Turkey, Afghanistan, and other countries. But some scholars seem to agree that shisha smoking is not allowed in Islam, as it falls into the category of harmful and addictive nicotine-based products.

Can I get high from shisha?

No, you can’t get high from shisha unless you mix marijuana with tobacco. Shisha is made from tobacco leaves and typically doesn’t contain any other psychoactive substances.

Even if it did, the effect would be minimal since most of the nicotine and other compounds in shisha are not water-soluble and would be largely filtered out by the water in the smoking process.

So unless you’re specifically looking to get high off of shisha, it’s not going to happen. That said, the tobacco present in the hookah bowl can make one feel a little dizzy and relaxed or even nausea.

Can you get addicted with Shisha?

Yes, you can become addicted to shisha. Smoke from tobacco in general contains nicotine, which is highly addictive. When you smoke shisha, you’re exposed to nicotine and other harmful chemicals just like with cigarettes. So, it’s not surprising that people can develop a dependence on shisha smoking.

However, there’s a bit of debate on whether or not shisha is as addictive as cigarettes since the overall exposure to nicotine is lower with shisha smoking.

Part of this has to do with how the tobacco is prepared (for example, whether or not it’s mixed with molasses or other sweeteners) and smoked (for example, how often you take puffs and how long you attend a session).

I started smoking Shisha in 2010 and by 2016 I was smoking at least 4 times a week. In 2016 I came to Italy and ever since I haven’t smoked shisha without ever feeling like I wanted to.