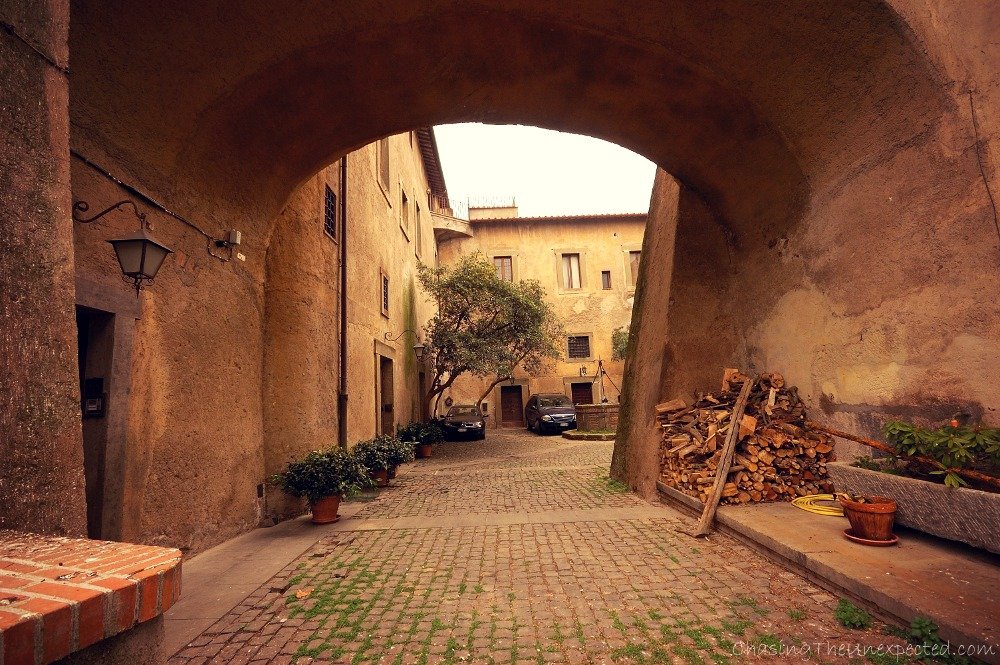 Who has read my previous posts about Rome knows that I love wandering about its ancient ruins and staring in awe at their majesty. This, however, should not lead my readers to believe that I agree with Romans’ foreign policies of conquering and invading, although, I admit, unlike today’s imperialist wars, at least they have left us an heritage of some stunning remains.

This being said, I feel it is such a shame that the civilization prior to the Romans in Central Italy has been wiped out by the mighty new dynasties of divine origins, and their existent remains so poorly represented today in the Italian capital and its surroundings.

During my last trip to Rome, I visited Veio, the last Etruscan city that surrendered to the new conquerors’ fury, Rome’s “last big enemy”.

As soon as my friend Silvia and I arrived where the archaeological site was supposed to be, we realized we were dawdling about a medieval district, known as Isola Farnese. After asking a seldom inhabitant for direction, we learnt we were to go further down into the countryside to find Veio. Despite the increasing temperatures, we made our way to a great green sweep and started to chase ancient remains. 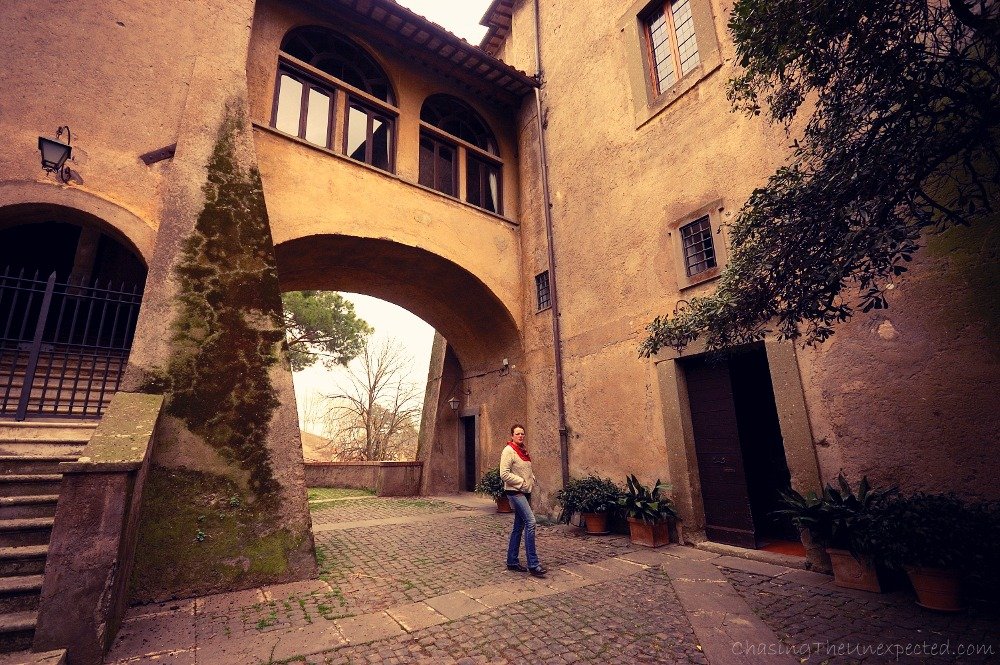 While the area was already inhabited in the prehistoric Iron Age, the city of Veio, southernmost center of Etruria, homeland of the Etruscan civilization, was founded and built between the 8th and the 5th centuries BC. When Veio was created, the area was already widely populated, being a fertile land rich in water supplies thanks to the ancient lakes nearby.

The city of Veio (Veii for the Romans) controlled a huge territory, from northeastern Sabina area to Cerveteri, another great Etruscan city on the northwest, while on the south it included all the territories along the right bank of the Tiber River, from today’s districts of the Gianicolo, Trastevere, the Vatican up to Monte Mario hill. 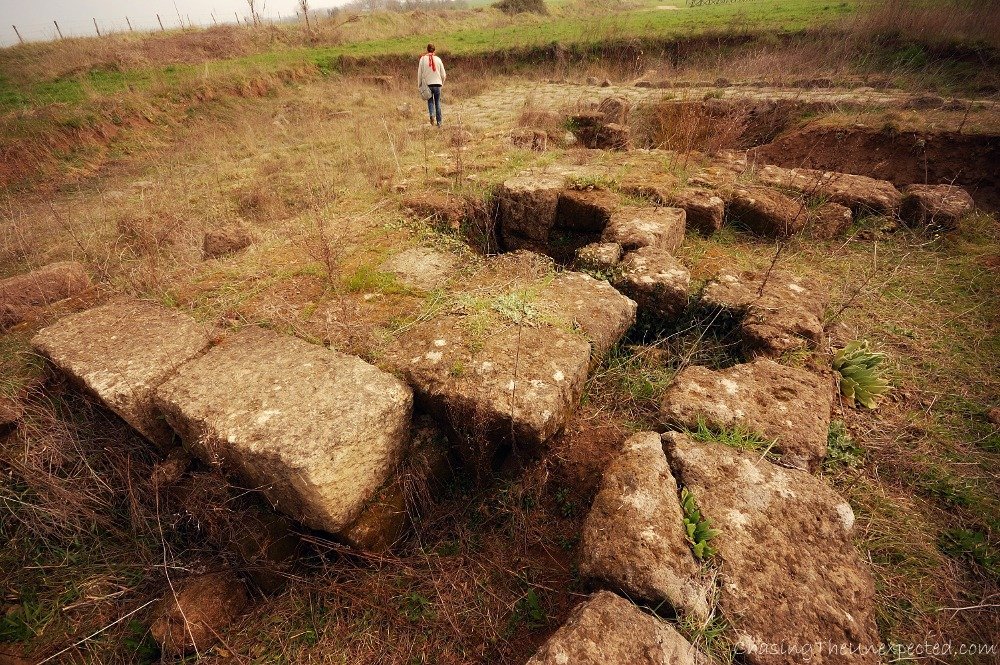 Silvia again, this time in the Etruscan settlement, looking a bit desperate while we tried to gather all the knowledge we had about ancient Italian history and understand how the settlement was actually laid out

There are many Etruscan remains in Rome, even along Via Flaminia, but certainly they are not as well preserved as the Roman ruins themselves, the ones with divine origins, just to make it clear. Veio has been the very last Etruscan city to surrender to Roman power, and the conflict between the two started with their obvious attempts to control the trade landing along the Tiber River that at the time was pivotal to deliver food supplies to men and animals. Most Etruscan cities refused to help Veio against Rome, and finally, after a lengthy war and endless massacres, in 396 BC Etruria’s last stronghold fell at the hand of emperor Marco Furio Camillo, leaving Rome free to conquer the rest of central and southern Italy.

Etruria stretched out all over most central Italy overlooking on the Tyrrhenian Sea, and while Rome little by little conquered all its cities and determined its end, it also incorporated much of their culture. The origins of this civilization are very much shrouded in mystery, and this is probably due to the uncertainty around their language, written in Greek characters, but which is not comparable to any other Mediterranean idioms, and in which we have only managed to resume brief texts belonging to their religious, funerary or magical rituals, but never a full literary composition. Even ancient historians such as Erodotus and Dionysius of Halicarnassus already debated over their origins: the first considered them natives from Anatolia, while the latter stated they were natives from the same Italy. This controversy has survived up to our days. 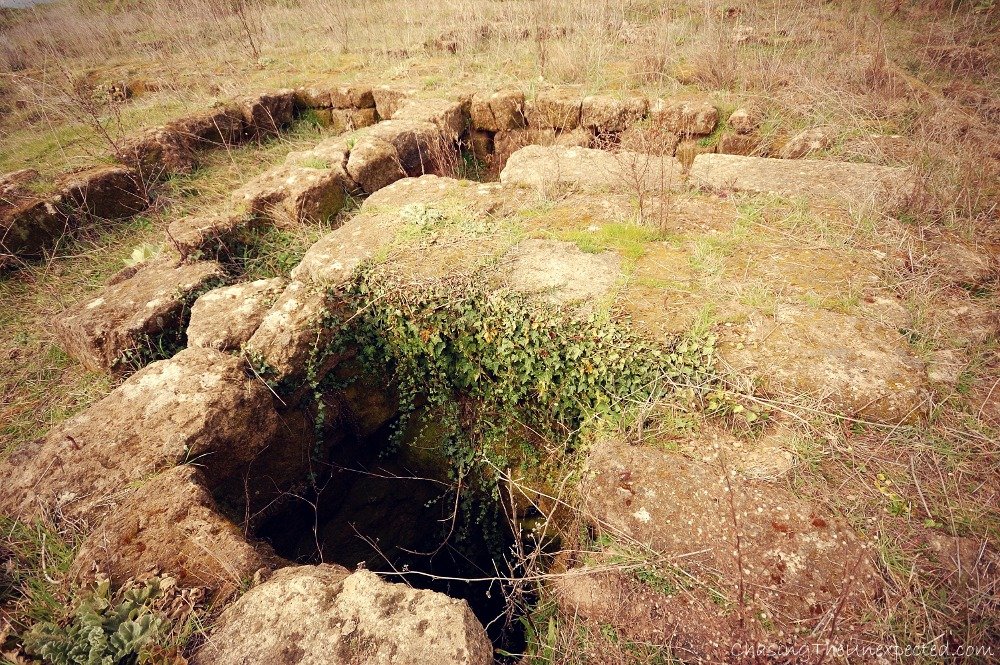 A deep well, which I think it was the cistern all Etruscan settlements had

The latest archaeological finds would give for sure that they were natives from central Italy, where their civilization actually developed and from where they departed for their trades and relations with other populations. Famous for their sailing abilities, Etruscans were strong allies of Phoenician Carthage, and by the sixth century BC they had colonized northern Italy up to the Po River’s valley and the south up to Campania region.

Pretty soon, though, neighboring and competing cities started being unnerved by their expansion. By the fifth century their commercial exchanges with Greece were already in decline and they were being attacked from north (by the Gauls) to south (by raising Rome). In the end, Etruscans even helped Rome during the Punic Wars and after the battles against Sulla, in 80 BC Etruscans became Roman citizens and their culture started disappearing. Even their language disappeared, except for some religious and magic rituals used up until the end of the Roman Empire. 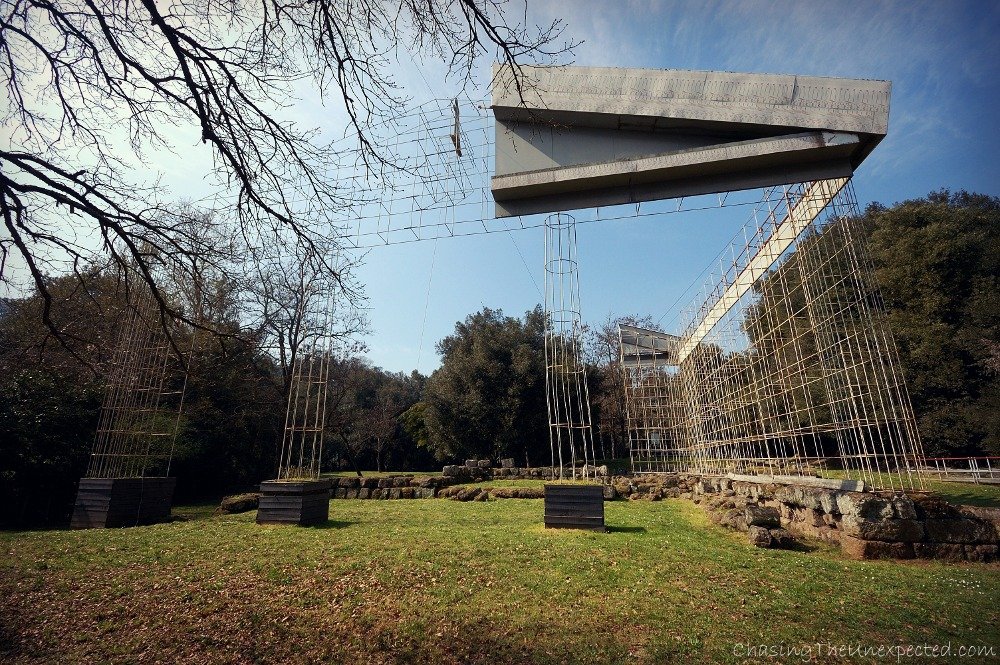 Temple devoted to the god Apollo, or at least the remains and the representation of how it was in its heyday

My friend Silvia and I tried our best to spot Etruscan ruins in the huge park of Veio, and we actually did see some of them. We also tried to understand what they actually were and whether they belonged to proper Etruscan tradition or they were already influenced by the Roman presence. This is how we found what we think it was a settlement, surrounded by houses, a holy building and a deep cistern in the center serving as water reserve, and, further deep in, the ruins of what seemed a majestic temple.

Many elements from the Etruscan culture were kept by the Romans, the same Wolf that rescued and raised the first king was an Etruscan symbol. From an artistic and architectural point of view they mainly left us funerary mausoleums and beautiful paintings depicting moments of daily life, burial rituals and themes of the afterlife, influenced by the different foreign cultures they were in contact with throughout the different periods of their existence.

The forms of art that more than any other left some traces have been sculpture, especially from Cerveteri southward, and goldsmith, again in Cerveteri, where artists specialized in bracelets, pins and necklaces made with a particular technique called “granulation”, in which a jewel is decorated with small spheres of precious metal following a specific design pattern. 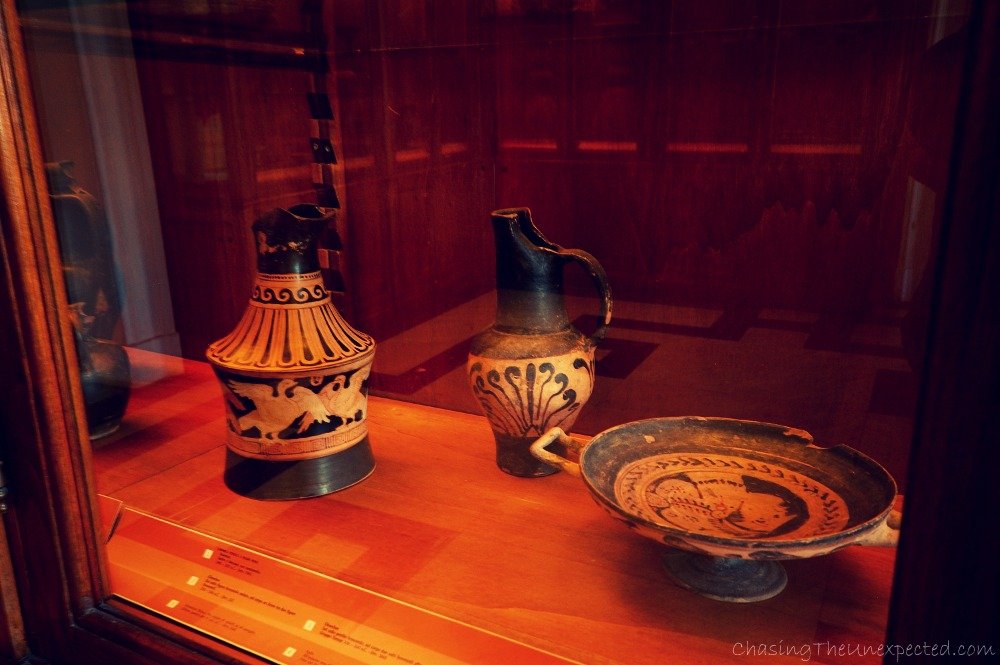 Etruscan objects kept in the Musei Capitolini in Rome’s Campidoglio

The unwillingness to devote resources to preserve the Etruscan remains as well as the Roman ones, seemingly in a denying sort of way, almost seems an effort to show that in Italy there was nothing before the Roman Empire.

I’ve always been very fascinated by civilizations that despite not leaving much to posterity still manage to stand out and make their presence heard after such a long time. I would have loved to see more of Etruria in Veio, but probably it was only the beginning of a new journey. In fact, next time I’ll go to Rome I’ll make sure I’ll visit Cerveteri and Tarquinia, widely known as the bext kept traces of this ancient population that has also had productive exchanges with Sardinia’s native nuragic civilization.

I’ll also make sure to update with my new findings as I’m completely drawn to explore these lost civilizations almost in a stubborn attempt to track a reconnection with the human beings occupying Italy thousands of years before me.

The best things to do in Granada, Spain

Best Budget Hotels in Budapest – Unforgettable Holiday on a Budget

Best 5-star Hotels in Budapest For A Luxury Holiday