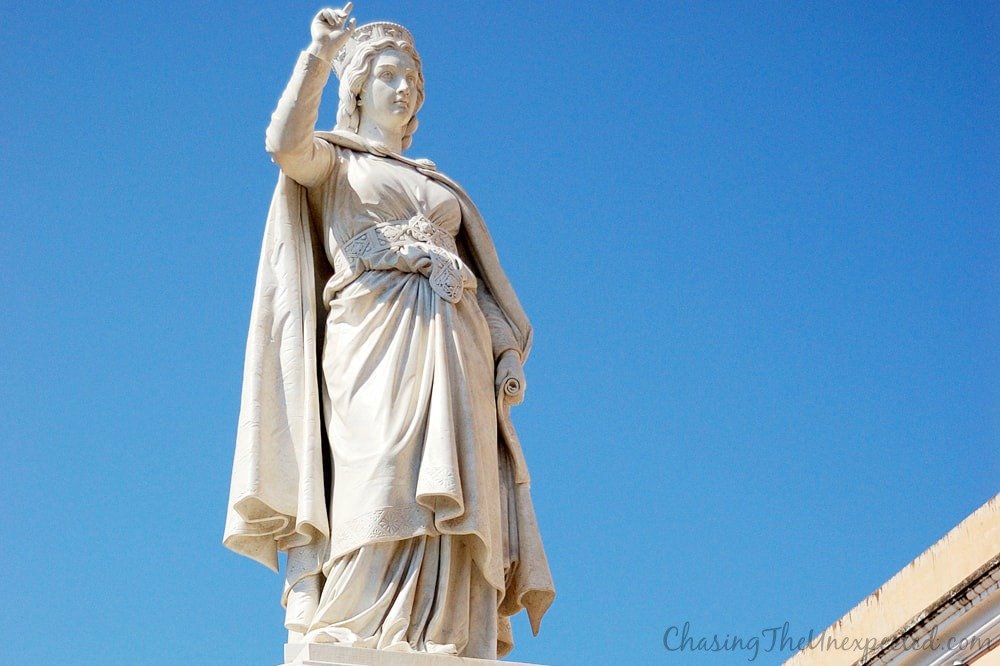 I used to live about 40 minutes drive from Oristano, the town in central Sardinia where they run the Sartiglia equestrian carousel, and I’ve gone past the imposing statue of Eleonora d’Arborea, dominating the square named after her, probably a million times.

Woman, mother, daughter, ruler, strategist, Eleonora d’Arborea is a figure of inestimable value in a male-dominated ancient Sardinia. Her life is shrouded in mystery.

Come to power after her brother’s death, Eleonora has gone down in history as an enlightened and wise ruler and a fierce defender of the sovereignty and boundaries of her county against the Aragonese power. The most famous and precious document she conceived is called “Carta de Logu” (de Logu Constitution), through which she re-organized the judiciary system and local institutions of her time, paper that now many researchers define a concentration of modernity and wisdom.

Among the pearls included in Eleonora’s Constitution are equality of rights, protection of wife and children of “traitors” because not guilty, while according to the former law they would become “slaves” too, equality for strangers, action against usury, and protection of minors and women, also determining that the shotgun marriage of a woman victim of rape was allowed only if the woman herself would consent.

Eleonora almost managed to unite the island under her rule and chase Aragonese away confining them in their strongholds scattered around the coast, but finally, her small empire succumbed due to an unplanned enemy: the plague, curse that put Sardinia back in Aragonese hands.

What makes Eleonora d’Arborea so special?

First of all, being a woman ruler in the Middle Ages was already exceptional (it is now too!), she worked and fought to make her father’s dream of uniting Sardinia under one realm come true and issued a Constitution that still now is highly regarded as a milestone in the history of law. Intelligent, determined, down-to-earth, Eleonora has been a woman who made an impressive change and gave a modern imprint to her land, a woman whose personality perfectly mirrors the island’s natives.

READ MORE: Discover the most beautiful towns and villages in Sardinia

About her, Carlo Cattaneo (1801-1869), Italian philosopher, politician, writer and patriot, wrote: “the most splendid female figure that Italian history ever had, including those of ancient Rome”.

She was so powerful that many tales were crafted around her, stories describing her as a charmer, an enchantress, the only way they could explain how she could conquer and build so many castles. She was an extraordinary leader indeed, and the fact that she was a woman added to her allure. Plus, we know Sardinia’s natives have a soft spot for mysterious tales, and it was only obvious they would see something magical around her.

I’ve studied this amazing figure of our history in school, I’ve long admired her, and I don’t know why I was yet to write about her actions and achievements. Feeling intimidated, maybe, or fear of not portraying her properly.

Now I’ve finally decided to pay this small tribute because it was just not possible that a blog by a Sardinian who strives to celebrate the beauty and the charm of her island didn’t include some words in honour of Eleonora d’Arborea.