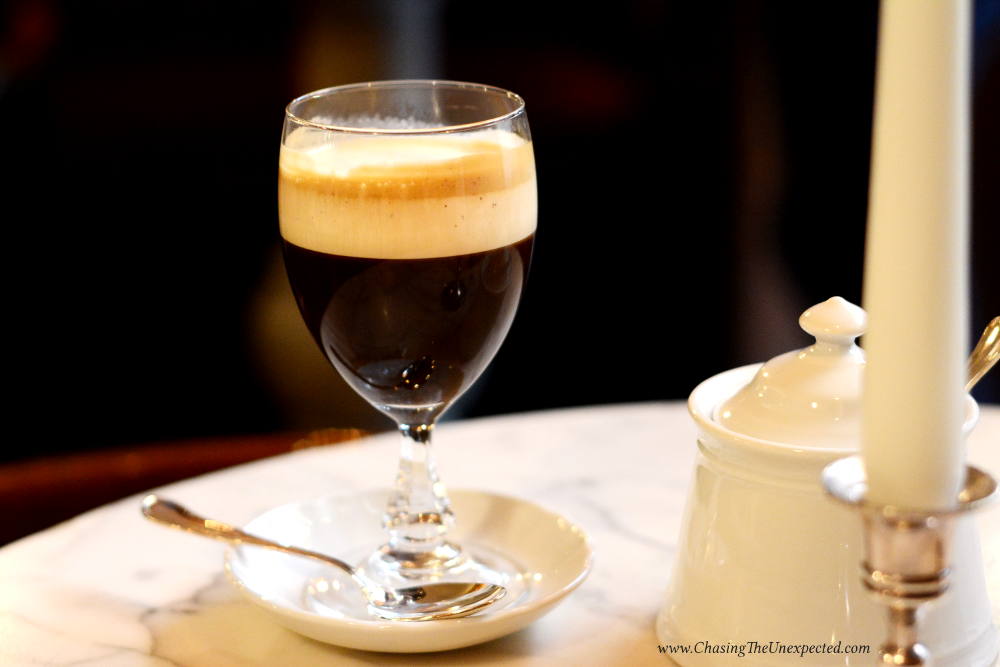 “You can’t leave Turin before trying the Bicerin,” was the peremptory statement of a friend of mine, native from Italy’s former capital. As a matter of fact, by many, the Bicerin drink in Turin is considered as one of the mandatory things to do, in the same way as the royal palace or the Egyptian museum.

READ MORE: Check out our guide to the top things to do in Turin.

Apart from being a treat perfect for just about any time of the day, why is the Bicerin so cherished?

In Turin, there are many places that now make this famous drink, but apparently, the best one is prepared at the original coffee shop that invented it in the first place in 1763, Caffè Al Bicerin. Serving the original recipe from early morning for the local aficionados and the curious tourists, this small cafe bar attracts as many customers as it can accommodate all day long.

When we arrived, early morning before catching our train back to Rome, and I saw a big group of Italian tourists ready to enter the tiny bar and gorge in the coveted treat, for a moment I feared we would have to skip the last thing we had left to do in Turin after our four-day marathon. Thankfully, the nearby Santuario della Consolata church attracted the attention of our fellow visitors and we made it alone into the cafe.

History of Bicerin drink in Turin

Stepping over the threshold of Caffè Al Bicerin (Piazza della Consolata 5) did feel like whirling back to some centuries ago. When it opened in 1763 by Giuseppe Dentis, creator of refreshing drinks, women-managed Al Bicerin was set in a palace in front of Santa Consolata church and welcomed its guests in a simple decor of wooden tables and benches.

In 1856, architect Carlo Promis designed the palace where our Al Bicerin Caffè was launched and decorated how we see it today, with white marble tables surrounded by walls covered with wooden panels, mirrors and lamps, the balky wooden and marble counter and the shelves for ingredients and confetti.

There are many places in Turin where you can order the Bicerin, but this is where it was invented and arguably the best version of all the available.

The recipe of Turin’s drink Bicerin is actually an evolution of another drink, 18th-century “bavareisa”, made with coffee, chocolate, milk, sweetened with syrup and served in large cups, very trendy back in the day.

According to the original Bicerin ritual, the three ingredients needed to be served separately, but already in the 19th century are mixed in the same glass and served in three versions: pur e fiur (similar to today’s cappuccino), pur e barba (coffee and chocolate) and ‘n poc ‘d tut, meaning “a bit of everything”, so with all the ingredients.

The latter was the most popular version and the one that reached our days just like this, being named after the small glass (“bicchiere” in Italian) without the handle in which it was served, the “bicerin”.

A drink for notable figures

It became so popular that soon also other bars and coffee shops in the city started to prepare it and citizens started adopting it as a favourite snack.

It’s said that Cavour, central figure of the Italian Risorgimento, used to enjoy its Bicerin when the royal family was visiting Santa Consolata sanctuary: anticlerical and secular, he never accompanied them inside but waited for them with its drink sitting at the table facing the entrance of the church.

Three coins were 15 cents of Lira this was the price of the beloved drink until December 5th, 1913, when it was brought to 20 cents. In his “Torino e i torinesi”, Alberto Viriglio reports “For only 20 cents you can have the classic little glass that makes for a nutritious snack”.

It was often the place frequented by church-goers who poured there hungry after the Mass or even during Lent because the warm chocolate was not considered “food” so it could be had without feeling guilty or sinful.

A place for women

In 18th- and 19th-century Turin, bars and coffee shops were not really a place for women. In this, Al Bicerin was groundbreaking.

Because it was managed by women and close to a church, Turin’s female population felt more comfortable and protected visiting and being seeing alone there without their husband or man relative. They absolutely loved to break their fasting after the religious functions of the nearby sanctuary by dunking tiny butter cookies in their Bicerin.

Always known for its gentle style, this was the place where ladies could relax without feeling stared at. As their official website reports, from 1910 to 1975, Al Bicerin was managed by Ida Cavalli together with her sister and her daughter Olga, who took it over when her mother retired. The Cavalli ladies were well-known and appreciated in Turin for welcoming their guests as if they were entering their home and for taking care of broke intellectuals in need of a shelter from the freezing winter temperatures.

In 1983, Marité Costa took over the management of the famous bar and brought it to the international attention. By researching the true archaeology of chocolate and Turin’s traditional recipes, today this coffee shop is renowned all over the world, won several awards and in 2001 was named as Italy’s best bar by the prestigious food magazine Gambero Rosso.

Where to have the best Bicerin in Turin?

If the best Bicerin is in the place that invented the famous drink, where we had it ourselves, the women-run Al Bicerin, there are also other places in Turin that serve it, maybe with some variations.

Some of these are the historic Caffè Torino in the beautiful Piazza San Carlo, in the old Gelateria Pepino (Piazza Carignano 8) and Caffè Mulassano (Piazza Castello 15), where the Bicerin is served in two variations, none of them following the traditional recipes but if you are into trying new twists, you can give it a try.

Have you tried the Bicerin? Do you like it? If you are a fan of traditional Italian dishes, here are some you might want to try on your next trip.